Continuing hopes that Sino-US trade negotiations scheduled for later this week would this time bear fruit are currently boosting US equity futures for the S&P 500, NASDAQ 100 and Dow. Shares in Europe are also tracking higher on gains in the earlier Asian session for China's Shanghai Composite and Hong Kong's Hang Seng indices. The euro's advance halted. 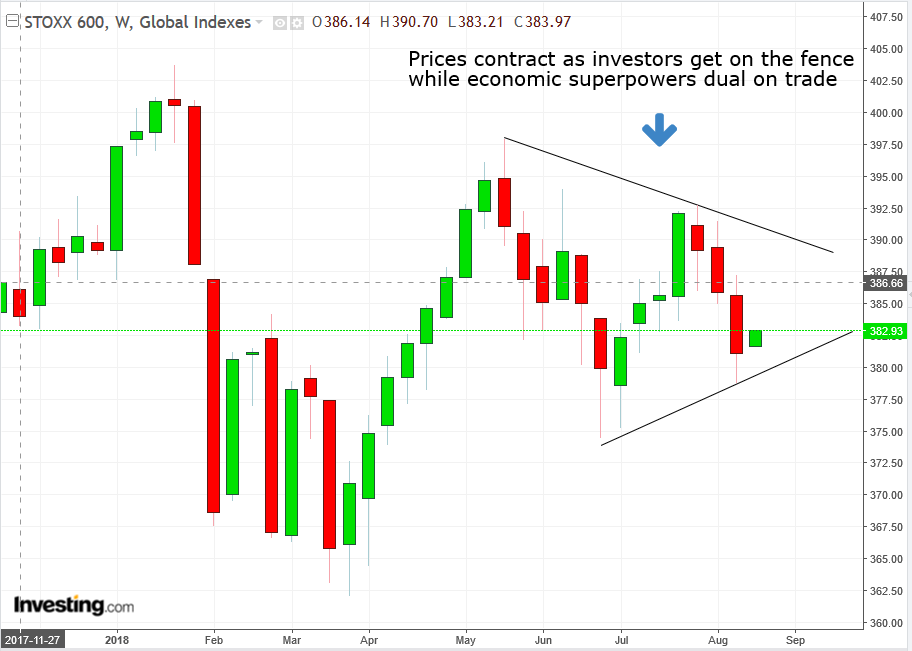 This morning the STOXX Europe 600 Index opened higher, rebounding from Friday's disappointing session, led by miners. Technically, the pan-European stock index has been contracting since late May, as markets await a resolution of the trade dispute.

With what last week looked like an escalating trade war between the US and China creating a dismal outlook for global economic growth and lowering demand for commodities, the renewal of hopes for an end to the tiff has been boosting commodity prices during today's trade. As of this writing, gold, silver, copper, aluminum and zinc are all advancing.

The UK's FTSE was buoyant above 7600 as mining stocks were elevated by the rise in commodity prices. Shares in London-listed Anglo American (LON:AAL), BHP Billiton (LON:BLT) and Glencore (LON:GLEN) were all up over 2 percent on Monday.

Shares in Mulberry (LON:MUL) fell as much as 26 percent on Monday after it announced sales would be affected by UK department store House of Fraser going into administration. The luxury handbag maker said it could face losses of up to £3 million as a result of House of Fraser's closure.

Japan’s Nikkei and broader TOPIX both dropped 0.3 percent, as trading volume fell to their lowest levels since April, amid a selloff in chipmakers, following Friday’s decline in US sector counterparts.

The Shanghai Composite and Hang Seng led the regional advance, finishing well ahead of Asian peers, jumping 1.11 percent and 1.38 percent respectively. Clearly, they have the most to gain from successful trade talks.

Friday's US session saw stocks rise, even on a sell-off in chip-related stocks. Tech hardware and export-reliant sectors, such as Materials and Industrials rebounded after news broke about the US-China trade sit-down. 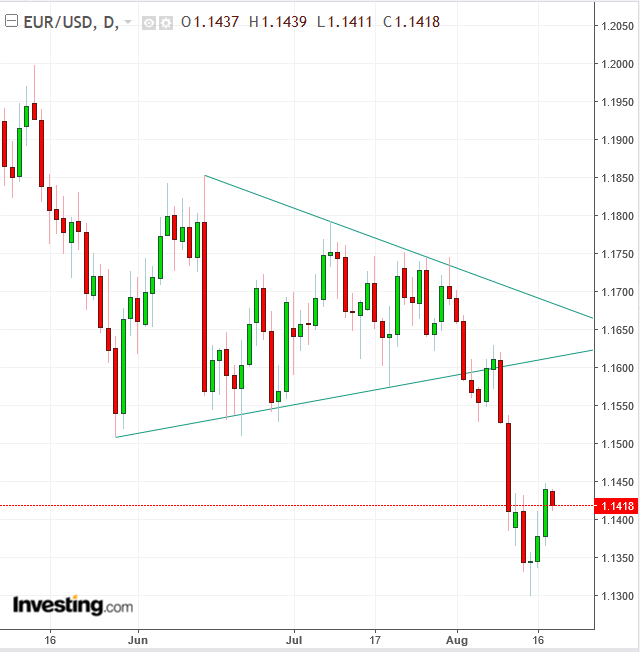 The dollar's two-day slide ended, as the euro—with a 57.6 percent weighting in the basket of currencies that make up the US Dollar index—stopped its three-day advance. Technically, earlier this month, the single currency completed a bearish symmetrical triangle. 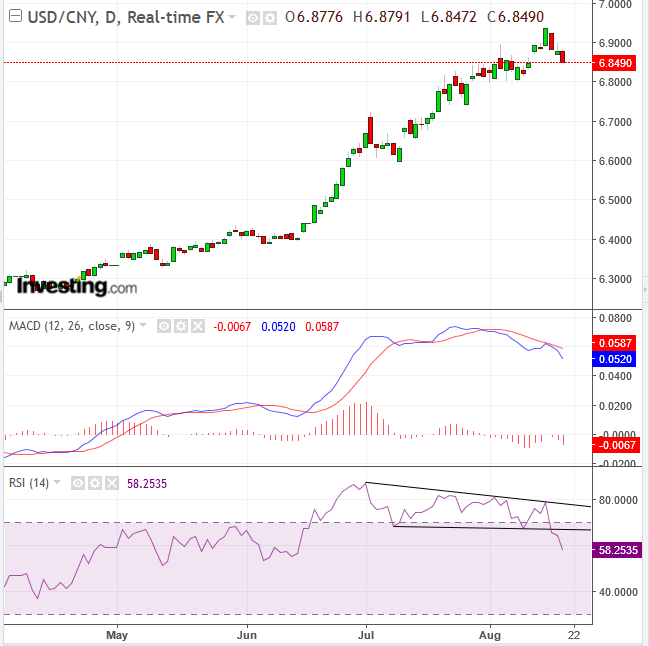 Earlier today the onshore yuan climbed, amid signs China is propping up its currency just as it prepares to restart trade negotiations with the US. Technically, both the daily MACD and RSI provided sell signals, while the weekly RSI reached the most oversold condition since November 2016, after the yuan weakened to its lowest point since January 2017.

In other FX market developments, the Turkish lira once again slipped, though as of this writing the currency has rebounded. The country's markets will be closed for most of this week in observance of the Eid al-Adha holiday, with the possibility of low trading volumes and even sharper than usual currency swings as a result. Other emerging market stocks and currencies rose as the trading week began.

Bond traders, by increasing short-selling to a record level as the yield curve pushed back to its lows of the cycle, are betting recent market turmoil won’t throw the Federal Reserve off its tightening course. They expect the Fed will raise rates at its next meeting. 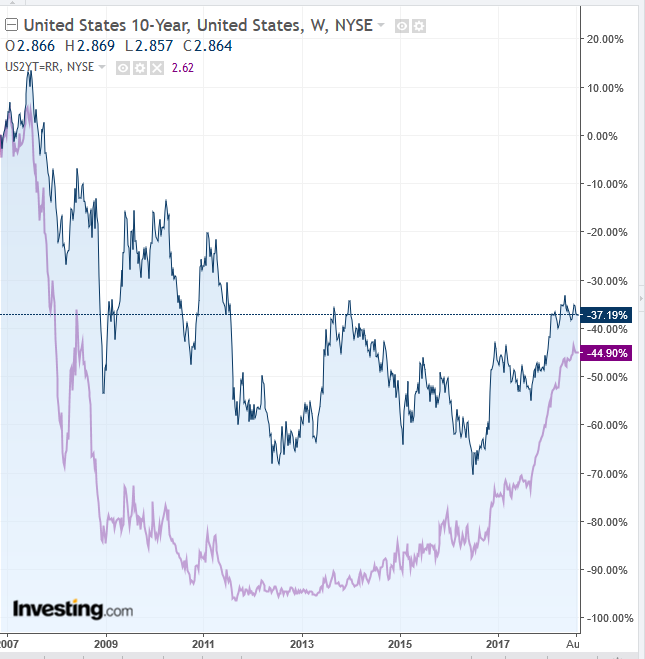 This week’s Jackson Hole symposium could provide clues as to whether such confidence is warranted as the spread between 2-year and 10-year yields narrowed on Friday to its slimmest since 2007. A flattening yield curve stokes fears of a dismal outlook for economic growth. 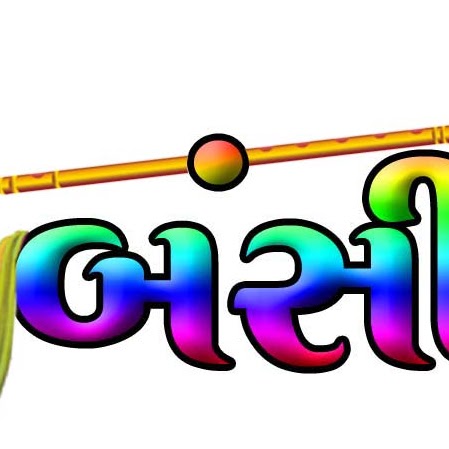