In Asia, bargain hunters turned out to pick up shares on the cheap after the previous day's rout. The MSCI's broadest index of Asia-Pacific shares outside Japan (MIAPJ0000PUS) jumped 1 percent, after Tuesday's 2.1 percent tumble, supported by an afternoon rebound in Chinese shares. Japan's Nikkei (N225) was up 1.2 percent after falling into negative territory earlier in the day. South Korea's KOSPI (KS11) rose 1 percent.

In China, markets turned losses into gains as investors appeared to take heart from indications of government support.

The Shanghai Composite Index (SSEC) was 0.5 percent higher a day after falling 3.8 percent to a two-year low.

"It is fair to say an RRR (cut) seems imminent ... the only question is the magnitude," Sue Trinh, head of Asia FX Strategy at RBC Capital Markets in Hong Kong said in a note.

An apparent bias toward looser policy "runs counter to the regional bias toward higher rates to protect currency downside," she said, adding that growing policy divergence indicates room for the onshore and offshore yuan to depreciate.

The bounce in share markets comes despite trade tensions between the United States and China showing few signs of easing. On Tuesday, a White House trade adviser said that Beijing has underestimated the U.S. president's resolve to impose more tariffs.

Washington threatened on Monday to impose a 10 percent tariff on $200 billion of Chinese goods after Beijing decided to raise tariffs on $50 billion in U.S. goods, in response to similar tariffs on Chinese goods announced Friday.

Nevertheless, the yield on benchmark 10-year Treasury notes (US10YT=RR) rose to 2.9022 percent on Wednesday afternoon after earlier falling to 2.8820.

The two-year yield (US2YT=RR), which rises with traders' expectations of higher Fed fund rates, was at 2.5535 percent.

A more attractive dividend proposition and a weaker Australian dollar have made the market more alluring to overseas investors, said Ryan Felsman, a senior economist at CommSec.

"Last year the Aussie market was only up 7 percent relative to the US at 25 percent. We didn't get the sugar hit from the corporate tax plan, so there's a bit of catch-up in play as well," he said.

The US dollar was slightly stronger against the yen, rising 0.05 percent to 110.10

U.S. crude (CLc1) rose 0.6 percent to $65.43 a barrel, supported by a drop in U.S. commercial crude inventories. But analysts said trade concerns and disagreements within the Organisation of the Petroleum Exporting Countries over boosting supply continue to loom over the market.

Iran said on Tuesday that OPEC was unlikely to reach a deal on oil output this week.

Gold was flat after falling near six-month lows Tuesday on a strong dollar. Spot gold 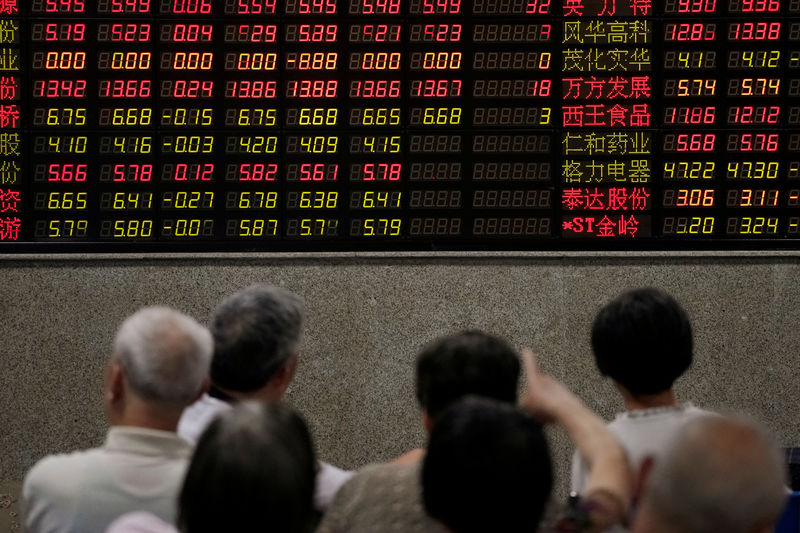