Futures on the S&P 500, Dow and NASDAQ 100 climbed this morning, as investors remained hopeful for an upcoming breakthrough in U.S.-China trade negotiations. SPX contracts in particular signaled the underlying index may push toward another record later today, after six weeks of gains—the longest bullish run in two years. Will traders be able to maintain their optimism for much longer, even against no concrete progress? 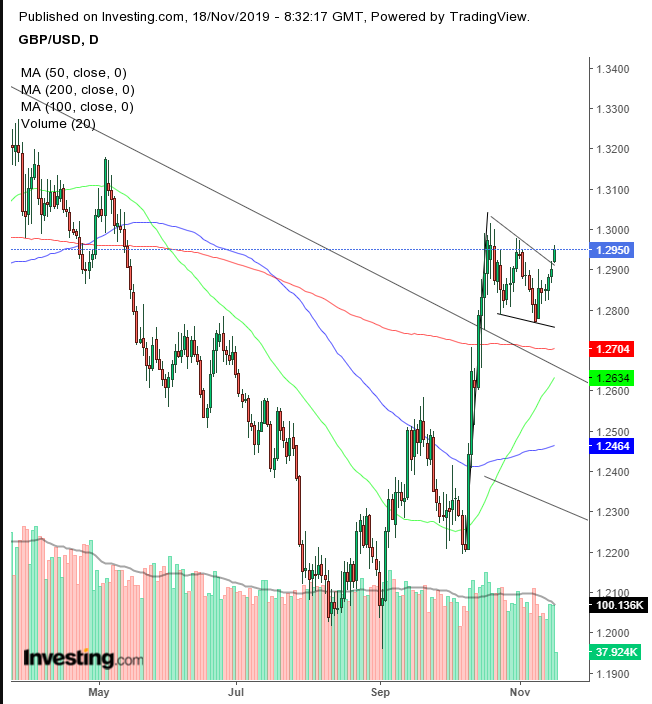 In Europe, the pound completed a bullish technical pattern after British Prime Minister Boris Johnson said he had full support from Conservative MPs for his Brexit plan, as the party consolidated its lead in the latest polls, less than a month before general elections take place.

The STOXX 600 sealed some solid gains despite the fact an earlier rally on Spain’s IBEX 35 reversed, while France’s CAC 40 and Germany’s DAX slipped lower.

The yield on 10-year Treasurys extended a minor rebound, as it fluctuated around the downtrend line since November 2018, after falling back on it, having reached the top of a short-term rising channel, resisted by the 200 DMA. Overall, technical indicators remained mixed: the MACD provided a sell signal, while the RSI posted a buying signal. 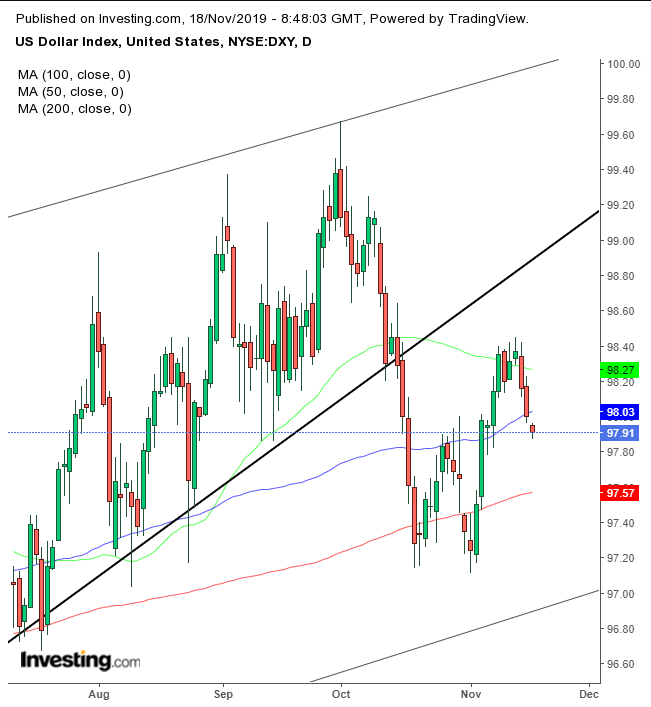 The dollar was seen falling for the third day, having dropped below both the 50 DMA and 100 DMA as it headed toward the 200 DMA. While the fall demonstrates resistance below the broken uptrend line (bold) since the February 2018 bottom, the greenback still trades within a rising channel since August, supported by the 200 DMA.