A report that China is preparing to purchase more U.S. pork did little to spare Futures on the S&P 500, Dow and NASDAQ 100 from joining a global slide this morning, following news that the U.S. Congress has opened a formal impeachment inquiry into the U.S. president. 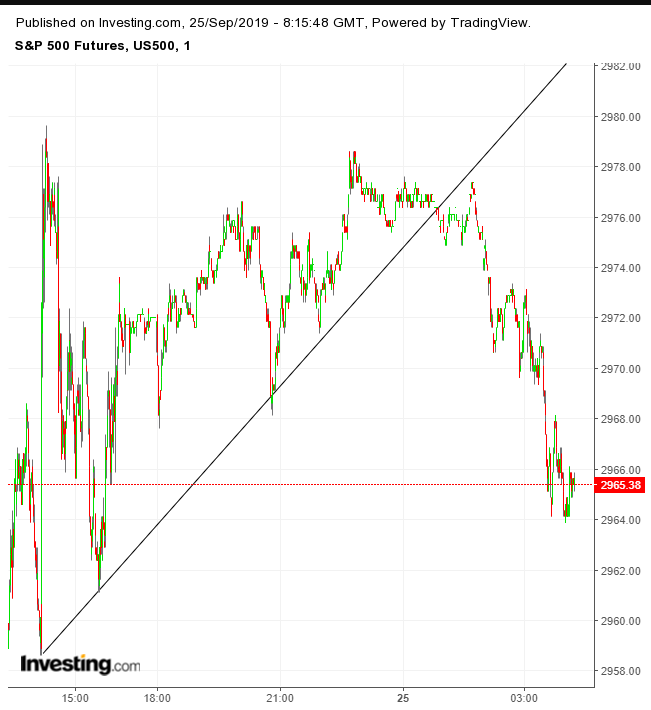 Though the probe—which sees Donald Trump accused of seeking foreign interference to corner a political rival—may stumble upon a vote in the Republican-majority Senate, it was enough to spur risk-off trades and offset any trade tailwind. 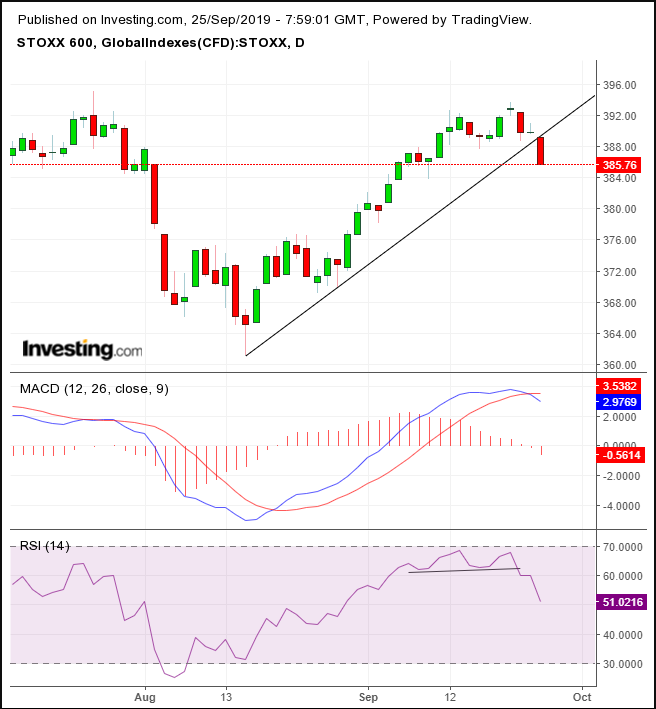 From a technical standpoint, the pan-European benchmark cleared the uptrend line since Aug. 15, with even its opening price standing below it. Both the MACD and RSI triggered sell signals.

Earlier, Asian equities flashed red across the board, falling the most in three weeks on the Trump impeachment announcement. Political instability in the world’s largest economy is never a good thing for markets, but the risk increases exponentially when it is paired with a prolonged and volatile trade spat with the world’s second largest economy, threatening a global recession. 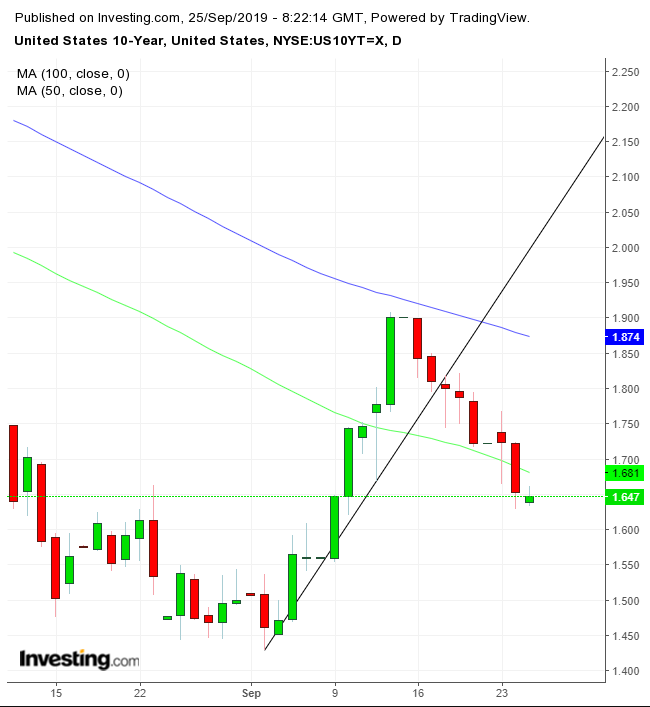 Meanwhile, the yield on 10-year Treasurys rebounded slightly after edging lower for the eighth straight day on renewed risk off, failing to return to positive levels. Technically, yields slipped below the 50 DMA, after falling out of the monthly uptrend as they synchronized with the long-term downtrend line since November 2018.

The Dollar Index gained even against a stronger yen. For its part, Japan’s currency strengthened versus the euro and pound, as five-year domestic bond yields fell to a record low, following comments from the country’s central bank Governor Haruhiko Kuroda that added to speculation of an interest rate cut in October.

The pound reversed almost all of Tuesday’s gains, which were favored by the British Supreme Court's ruling that Prime Minister Boris Johnson breached the law by suspending Parliament.

Bitcoin plunged by $1,000 yesterday, within half an hour of margin calls at Bitmex. Today, the digital currency extended a decline to a third straight day, but stabilized right on the 200 DMA, which proved a support on Tuesday. 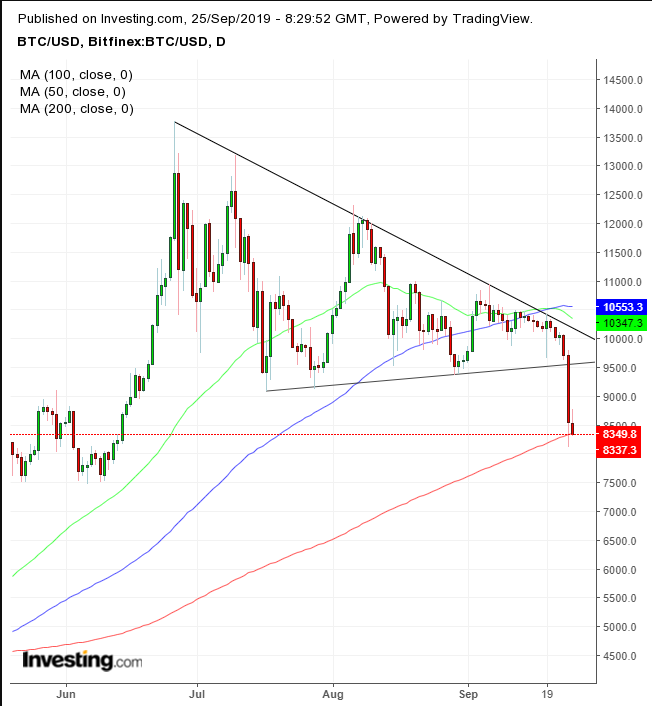