U.S. futures, including the Dow, S&P, NASDAQ and Russell 2000 sold off with global equities on Thursday morning as investors' were concerned that voter disruption in the presidential election would lead to a delayed result. The acceleration of the coronavirus across Europe is also denting sentiment.

The dollar is steady while Bitcoin continues to advance.

Contracts on the S&P 500 extended their decline—after the underlying index fell to its lowest level in two weeks on Wednesday—following the news that the Director of National Intelligence, John Ratcliffe reported that Iran and Russia have interfered in the Presidential elections by sending some voters threatening messages. 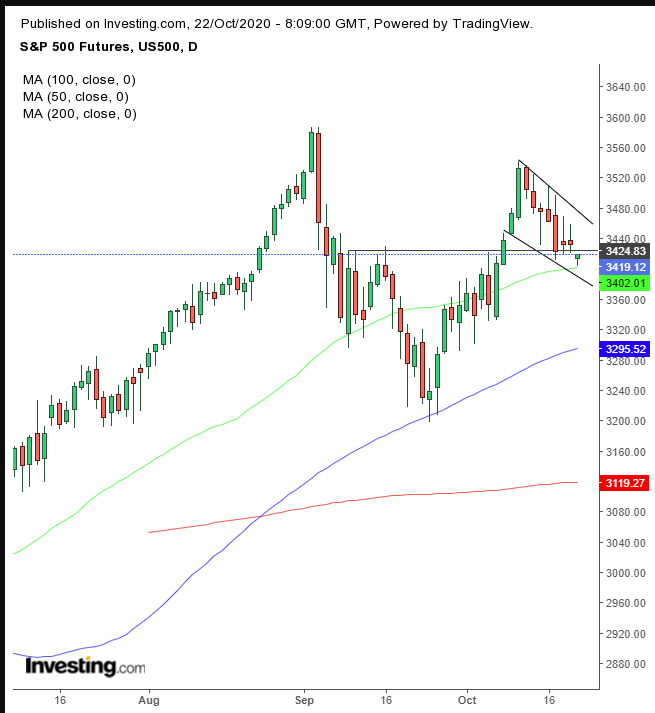 While the contract dipped below the neckline of a H&S bottom, it pared losses. This kept in play a falling flag, bullish with an upside breakout—propelled by traders invested by two consecutive bullish patterns—supported by the 50 DMA.

In Europe, the Stoxx 600 index fell as much as 1.2% in the first 13 minutes of trading on Thursday, to a one-month low, but it has rebounded since, as of the time of writing. The drop followed the release of German consumer sentiment, which fell more than expected, amid record numbers of COVID-19 infections there, exacerbating local traders' worries about any U.S. stimulus and the elections whipsawing markets.

From a technical perspective, however, the pan-European gauge seems to be heading down. 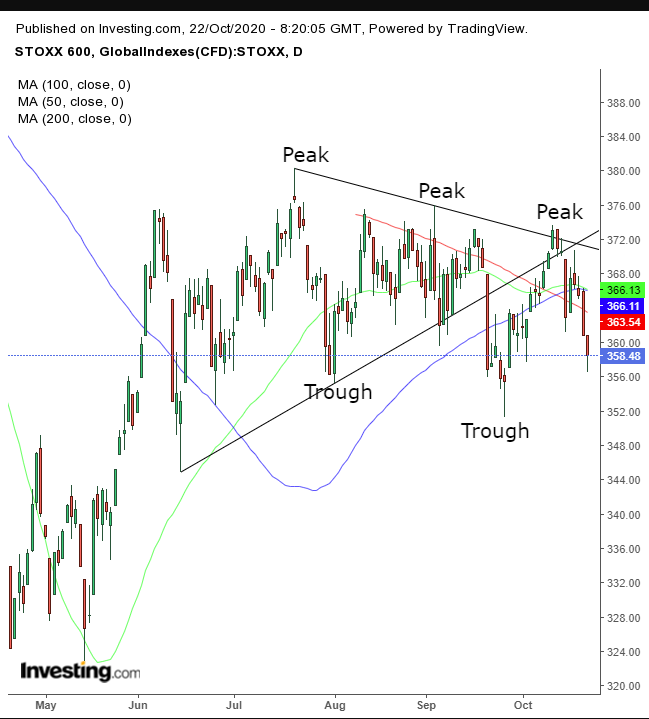 The index is falling for the fourth straight day, after retesting for the second time what appears to be a bearish trend.

It is worth noting that despite the global equity selloff, the institutional haven, U.S. Treasuries, including the 10-year, also fell. Perhaps on profit taking after yields reached their highest level in four-and-a-half months.

The dollar shored up after falling to more than a six-week low yesterday. Ironically, the dollar trading flat suggests that currency traders are uncertain about stimulus, while equity traders are openly pessimistic. Perhaps, the Treasury selloff is offsetting a dollar rebound on the reduced chances of a fiscal aids package before Nov. 3. 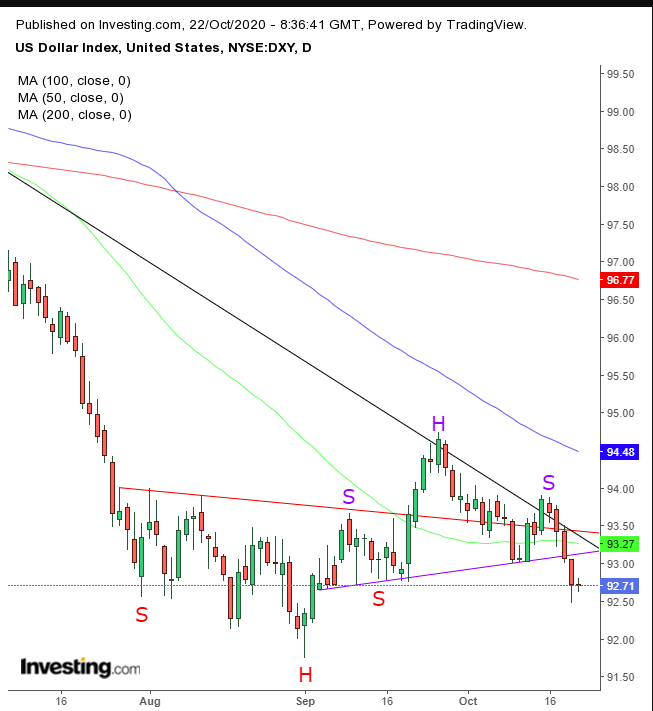 Technically, we expect the dollar to continue lower, after upending a H&S bottom into a H&S continuation pattern, following along its downward path since the March highs.

Bitcoin advanced for the sixth day. 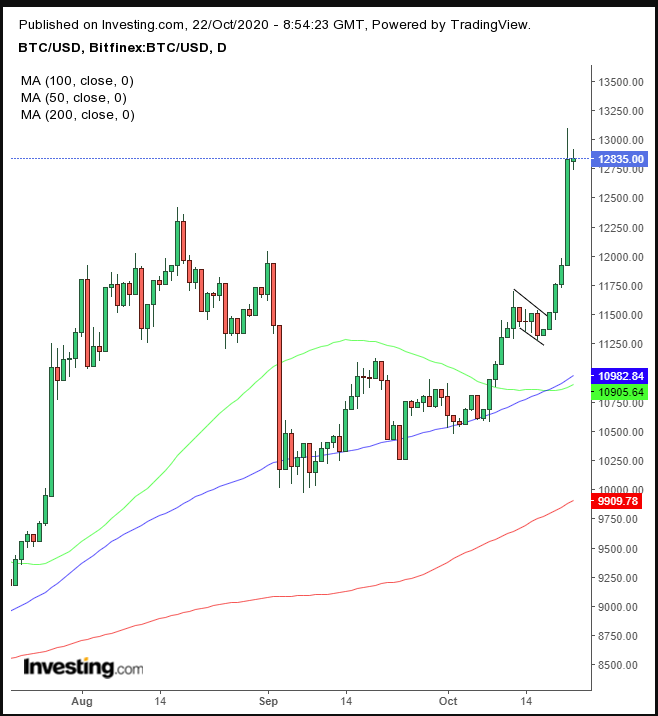 The move is part of an upside breakout of a bullish pennant.

Oil declined on Wednesday due to a weakening demand outlook after the U.S. reported that stocks have built. However, the black gold rebounded into gains, revealing there is still demand. 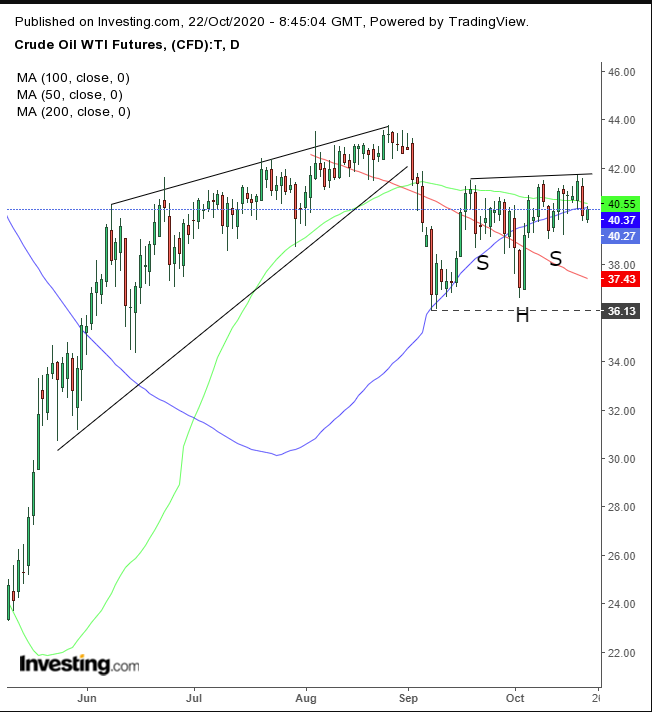 We have been expecting oil to fall lower since the downside breakout of a bearish wedge. However, the price did not make a lower trough but rather rebounded from the early September lows and has been forming a small H&S bottom since. If it crosses the $42 level it could create a short-term rally.