It was a sea of red across the trading boards this morning, as European shares and futures on the S&P 500, Dow and NASDAQ 100 slid in unison after China reportedly cast a shadow over the chances of a smooth ‘phase one’ trade agreement with the U.S..

Safe-haven assets including Treasurys, the yen and gold gained ground in a perfect mirror image to stocks, signaling mounting risk-off.

SPX and tech contracts reversed lower after initially channelling bullishness from the S&P 500's fresh all-time high—hit on Wednesday after the Fed followed through with the market’s consensus, implementing the third interest rate cut of the year—and key earnings beats by Facebook (NASDAQ:FB) and Apple (NASDAQ:AAPL). 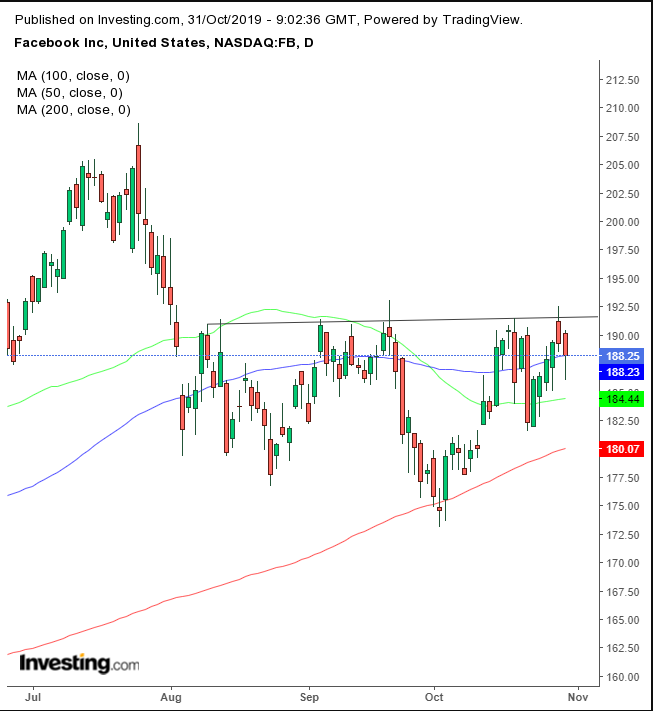 The former jumped 10% in the premarket, looking set to complete a bottom before the broader market started to reverse.

In the earlier Asia session, regional equities ended mixed as investors weighed their appetite for risk after the Fed stepped short of signaling more accommodation down the line. Adding to caution, global trade dynamics hit another bump in the road as Chile cancelled the Asia-Pacific Economic Cooperation summit, where U.S. President Donald Trump and Chinese President Xi Jinping were scheduled to meet and, crucially, sign the so-called phase one of their trade deal.

China’s Shanghai Composite (-0.35%) dropped after its factory activity slipped to an eight month-low in October, to 49.3 from 49.8 a month ago. The country's service sector also registered weaker growth in October, coming in at 52.8, down from 53.7 in September. 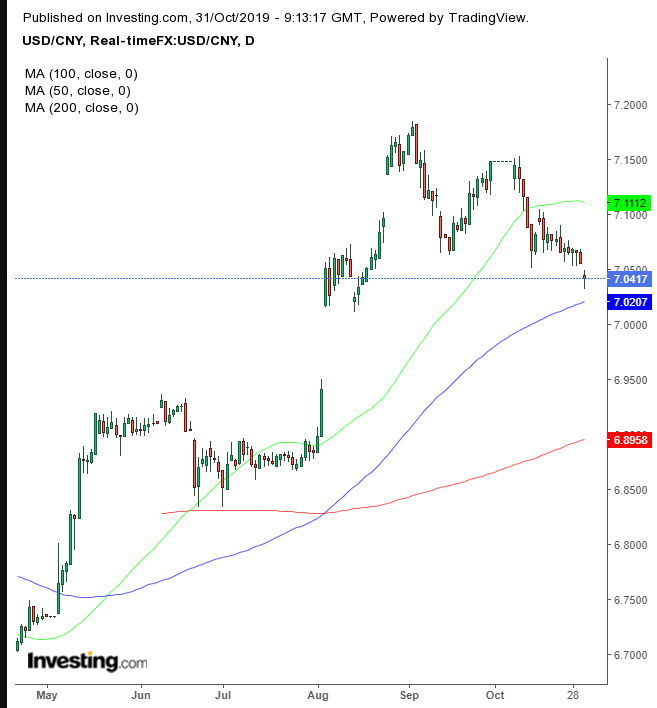 However, the offshore yuan gained against the dollar, deepening a reversal.

Japan’s Nikkei 225 (+0.37%) gained ground after policymakers maintained their 10-year rate target at about zero percent after ending a two-day policy meeting on Thursday. The country's central bank said it would keep rates low or lower, shortening its timeframe for forward guidance.

On Wednesday, all the major U.S. indices except for the Russell 2000 rallied, notching new records, even if the Fed's cut was already priced in and the central bank actually suggested it will pause its interest-rate path over tepid inflation.

The S&P 500 posted another dual record on a high and a closing basis. The Dow Jones Industrial Average closed at the highest price since July 30, just 0.6% from its July 15's all-time record.

Meanwhile, yields on 10-year Treasurys fell for the third day on Thursday, and the Dollar Index dropped for the fourth straight session.