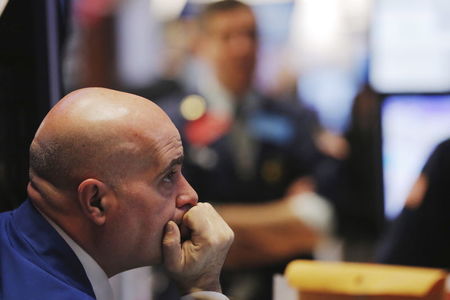 Investing.com - U.S. stocks are set to open higher Tuesday, continuing the previous session’s gains as the tech sector finds its footing ahead of this week’s Federal Reserve meeting.

News that Oracle (NYSE:ORCL) is likely to partner with the U.S. TikTok and chip maker Nvidia (NASDAQ:NVDA) is set to buy chip licensing company ARM Holdings (LON:ARM) helped return confidence to an equity market, and the tech sector in particular, that had been battered last week.

This enthusiasm is likely to continue, with this week featuring a dozen stock debuts, including the highly anticipated IPO of software provider Snowflake, which is due to price later Tuesday, as is the IPO of fellow software group JFrog. Both raised their marketing ranges on Monday amid strong investor demand.

Elsewhere, the Federal Reserve starts its two-day policy meeting, its first since adopting a new approach to meeting its 2% inflation target, later Tuesday. The central bank is expected to update its projections for the economic and interest rate outlook, which will include forecasts for 2023 for the first time.

That said, the Federal Reserve may have to do more heavy lifting to prop up the economy given a new stimulus bill from Congress now looks unlikely before the presidential election in November.

Without a breakthrough on pandemic relief, the U.S. economy won’t get back to where it was before the coronavirus until the fourth quarter of 2021, economists at Morgan Stanley (NYSE:MS) wrote in a note on Sunday, two quarters longer than with stimulus.

Industrial production numbers for August are due at 9:15 AM ET (1315 GMT), and analysts expect a 1.0% increase on the month. This follows upbeat data from China which revived optimism around an economic rebound.

Oil prices gained Tuesday after strong Chinese economic data, while companies halted oil refineries and pulled workers from offshore oil and gas production platforms in preparation for the arrival of Hurricane Sally to the U.S. Gulf Coast. However, the International Energy Agency trimmed its 2020 oil demand forecast by 300,000 barrels per day to 91.7 million b/d, in its second downgrade in as many months, citing caution about the pace of economic recovery from the pandemic.