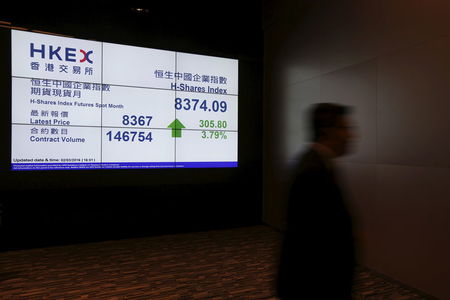 SHANGHAI (Reuters) - Asian shares fell on Thursday and the dollar edged higher as investors fretted over the slow pace of U.S. stimulus talks and a surge in global cases of COVID-19.

The falls in Asia looked set to continue in Europe, putting European shares on track for a fourth straight session in the red.

Global investor sentiment has taken a fresh hit after U.S. President Donald Trump accused Democrats on Wednesday of being unwilling to craft an acceptable compromise on fresh stimulus, following reports of progress earlier in the day.

It remains unclear whether stimulus negotiations would continue ahead of the U.S. presidential and congressional elections on Nov. 3.

"We still think that this deal will remain elusive in the sense that this amount that we are talking about, $1.88 trillion, that's about 9% of GDP, and 2.2 trillion which is Speaker Pelosi's package, is even higher at around 10% of GDP," said Anthony Chan, chief Asia investment strategist at Union Bancaire Privee (UBP) in Hong Kong.

"Even if both sides do manage to reach an agreement, given the tight deadline ahead of the election it's unlikely that something like that would be able to go through the Senate smoothly."

MSCI's broadest index of Asia-Pacific shares outside Japan was down 0.31%, while the Nikkei was 0.66% lower.

Uncertainty over the passage of a bill to stimulate a pandemic-ravaged economy comes as the United States faces a new wave of COVID-19 cases.

Nearly two-thirds of U.S. states were in a danger zone of coronavirus spread and six, including election battleground Wisconsin, reported a record one-day increase in COVID-19 deaths on Wednesday.

But against a basket of major peers, the dollar appeared relatively unaffected by setbacks to stimulus talks, trading only slightly higher at 92.736, steadying after touching a seven-week low.

"Markets are now pricing in a strong likelihood of a Biden Presidency perhaps even a clean sweep of Congress, and this is weighing on the USD, as they view a less confrontational trade environment. They will also probably be factoring in a large fiscal stimulus early next year, with none of the hold up that is currently preventing a deal," Rob Carnell, chief economist at ING in Singapore said in a note. 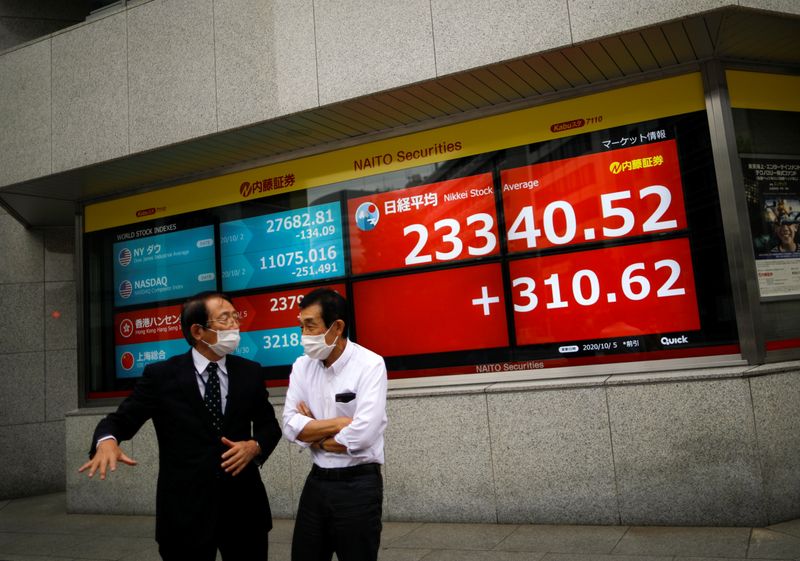 The world is full of political people who cannot organise a p up in a brewery. What is so difficult about getting some support out to struggling individuals out there? It all goes to show that none of them are worth voting for  ... (Read More)