At the start of a week loaded with upcoming earnings reports, U.S. futures, including for the S&P 500, Dow Jones and NASDAQ fell on Monday, following most Asian indices lower. European equities initially advanced on data suggesting the spread of COVID-19 is starting to flatten in some vital economies.

The U.S. dollar climbed along with Treasuries. The big story today, however, is oil. The May contract for WTI fell below $15, a 21-year low.

The STOXX Europe 600 Index opened slightly higher even as energy companies were being sold off, on reports that virus-related deaths were slowing. This follows yesterday's news that New York Governor Andrew Cuomo announced coronavirus deaths in his state had likely peaked, while fatalaties in Spain, Italy, the UK and Germany declined.

And, at the time of writing, the pan-European benchmark has reversed lower.

After the first back-to-back weekly gains for the S&P 500 since the coronavirus selloff in mid-March, e-mini futures contracts for the index retreated today. 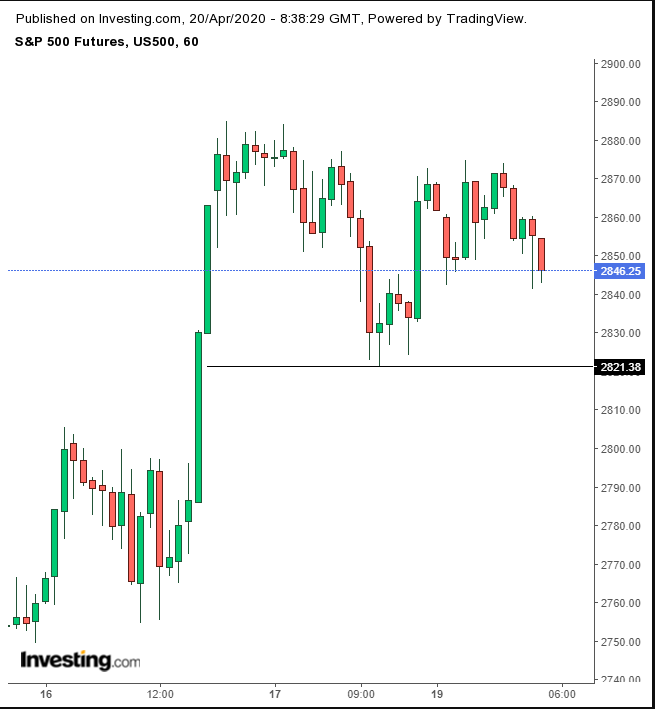 Contracts on the S&P 500 failed to make new highs this morning. A penetration of the 2,821 level would constitute a short-term reversal, on the 60-minute chart.

China’s Shanghai Composite was the only major regional index that finished in the green,(+0.5%), possibly in response to the PBOC earlier today cutting the Loan Prime Rate, though the move was not unexpected. 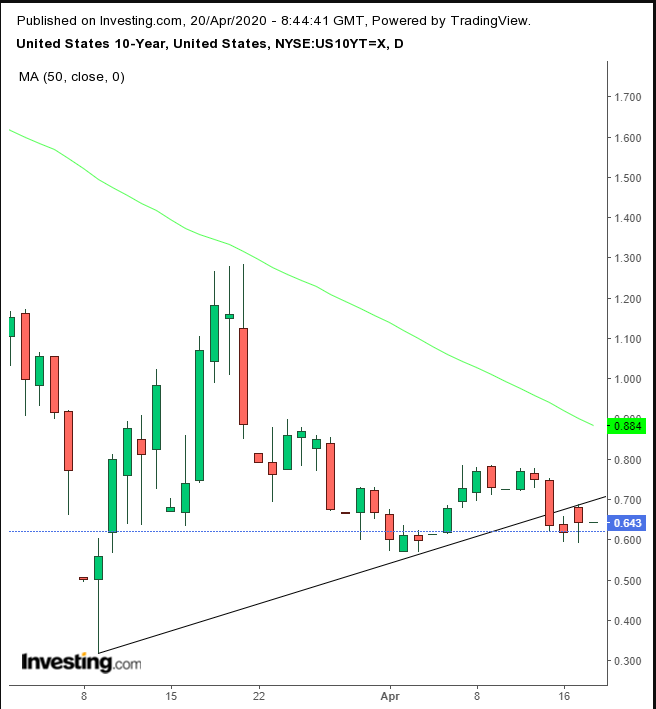 Yields, including for the 10-year note, fell as Treasury demand increased, pulling up the USD.

Still, the dollar retreated from its highs this morning. 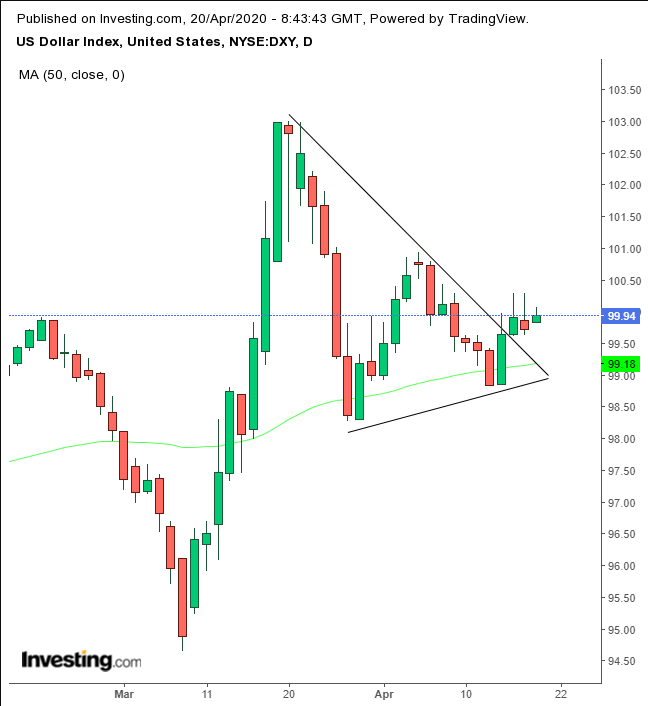 Technically, the greenback retreated from its highs, finding resistance below 100.00 for the fourth straight session, after providing an upside breakout to a symmetrical triangle, suggesting a resumption of the underlying uptrend. 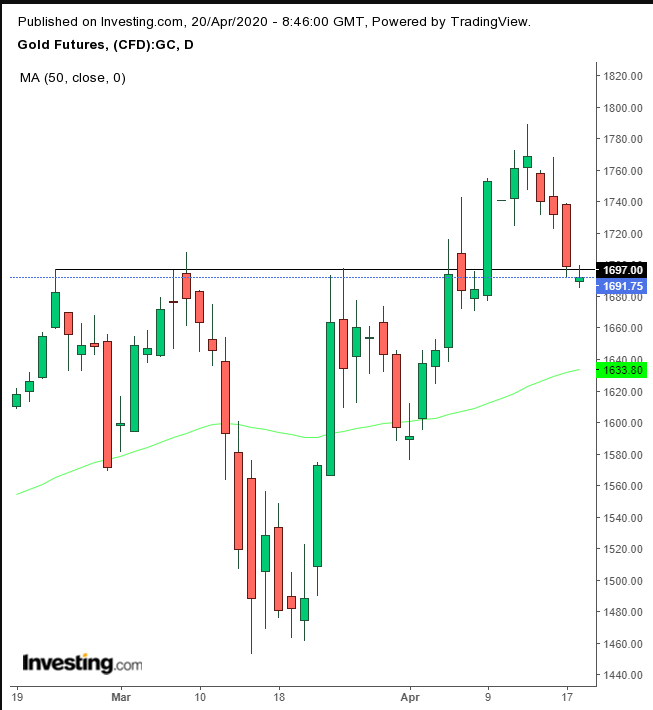 Gold slumped toward $1,690, falling beneath the neckline of a head-and-shoulders bottom, posting a risk of pattern failure. The mechanics that follow a blowout are strong and quick in the opposite direction. Nevertheless, the currency markets are sending a bullish signal about the precious metal right now.

Notwithstanding other developments, WTI remains in focus this morning. Cushing inventories surged almost 50%, nearing 55 million barrels since the end of February. And drillers have shut down 13% of their exploratory crews as crude fights to hang on to the $20 level. 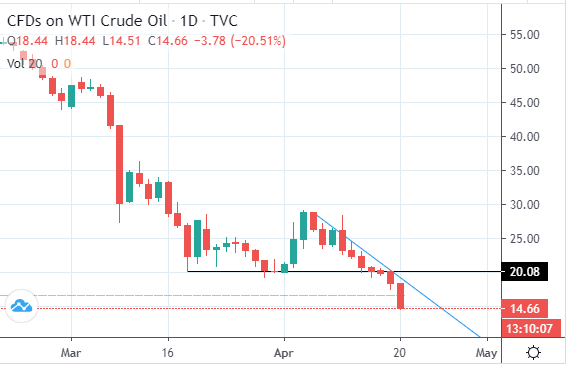 Oil dropped 16% earlier today, to a 21-year low, as demand for the commodity plummets and storage facilities are full up. Some buyers are offering as little as $2 for certain types of crude. The $20 level was a crucial support, as we've said. Once broken, it becomes the presumed resistance, equally as staunch in that role as it was as support.