Treasury yields, European shares and futures on the S&P 500, Dow and NASDAQ 100 tumbled in unison this morning after worrying economic data from China and Germany overshadowed a pause in U.S.-China trade jitters, reawakening the specter of a global recession.

The STOXX 600 fell with banks stocks, with Deutsche Bank (DE:DBKGn) and Banco Comercial Portugues (LS:BCP) leading losses after Germany reported a 0.1% contraction in second-quarter GDP, from 0.4% growth in the first quarter, with a trade war-driven fall in exports as the direct culprit of the tumble.

The German data flop followed another key red flag from China, where both retail sales and industrial output readings vastly missed expectations—with the latter growing at the slowest pace in 17 years.

All these come a day after U.S. President Donald Trump delayed the 10% duties on $300bn of Chinese consumer goods and China confirmed it was staying on track for September talks, sending U.S. stocks to their biggest jump in two months. 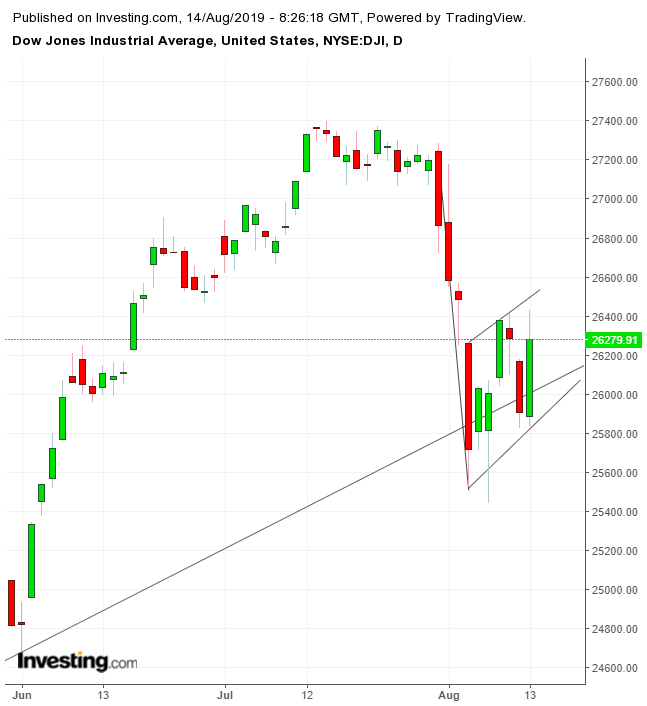 Despite the much-celebrated rally, equities found resistance by the top of a bearish flag, which remained intact. Note, the flag develops right on the uptrend line since the Christmas-Eve selloff. 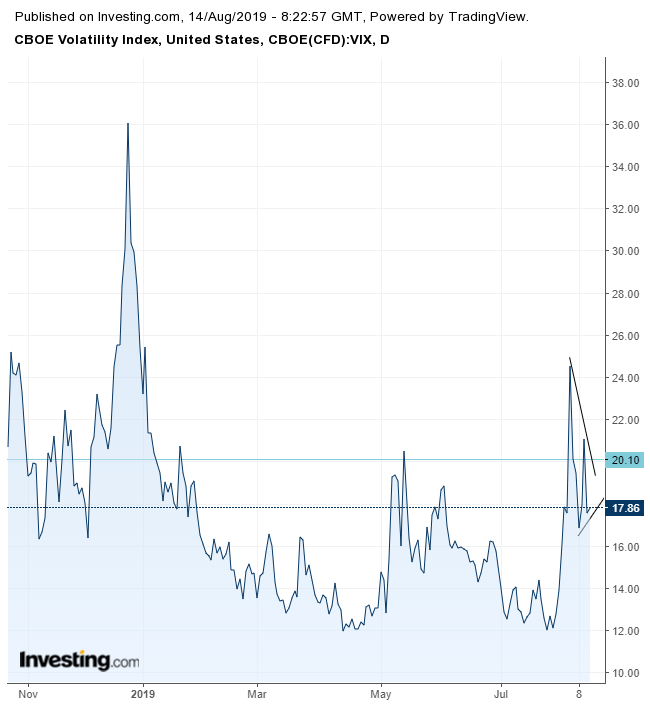 The VIX traded according to a pennant shaped consolidation above the levels of most of the year’s volatility since the aftermath of the December rout.

Today's reversal only highlights how unreliable extreme gains can be in this market environment. 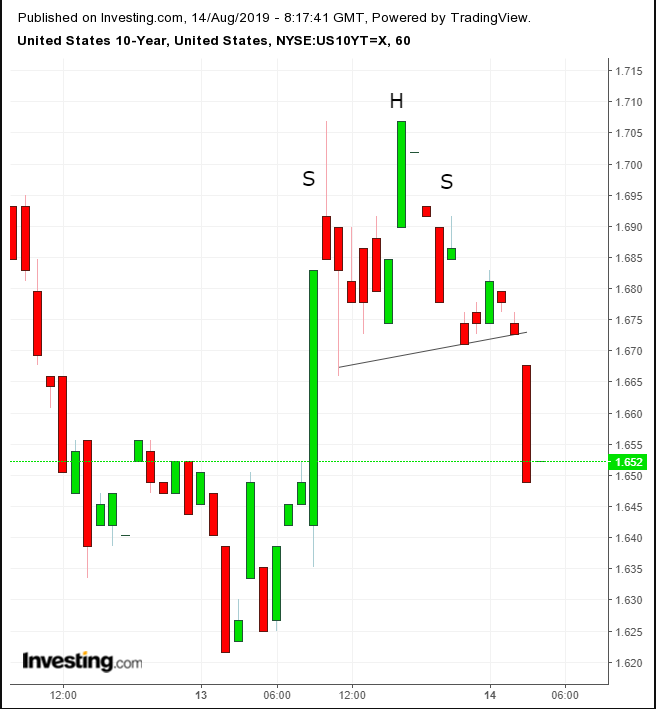 Meanwhile, the yield on 10-year Treasurys erased all of yesterday’s gains, falling to one basis point away from the lowest level since Oct. 2016. Technically, on the hourly chart, rates may have completed a H&S top.

The yen pared a small portion of yesterday’s risk-on plunge. Gold also edged higher against a weakening dollar and a risk-off market. 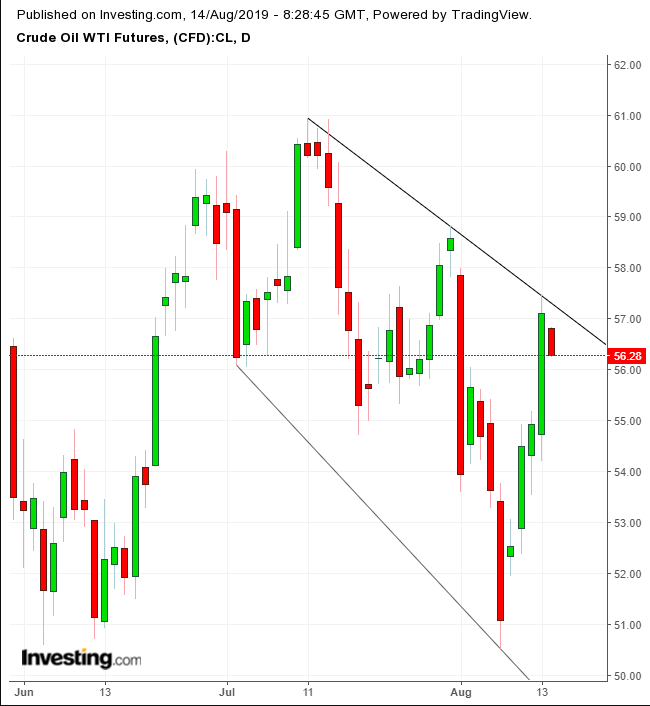 After jumping the most since January on the apparent softening U.S.-China trade rhetoric, WTI slid on dismal Chinese data and a U.S. crude inventory buildup. Technically, the price hit the resistance of the falling channel top, where supply overcomes demand.