The US GDP fell 32.5% in the second quarter, the highest on record but slightly less than analyst estimates. The US dollar index slid below the 93 mark as the 10-year yield dipped to 52.5%.

The US equities were mostly down, as energy stocks led losses. But tech stocks gained as Amazon (NASDAQ:AMZN), Apple (NASDAQ:AAPL) and Facebook (NASDAQ:FB) beat the strong market expectations. Nasdaq futures (+0.77%) advanced in Asia, as Amazon, Apple and Facebook shares soared 6 to 7% in the after-hours trading.

Amazon’s profit doubled amid online sales hit the roof during the pandemic lockdown, despite hiring 175000 new employees to keep the business running and spending over $4 billion in coronavirus related costs. The company’s outstanding performance hence justified its record pricing and pointed at a further growth potential. The Amazon shares jumped as much as 6.50% in after-hours trading.

Apple sold more iPhones, iPads and computers and AppStore services saw a record demand during the pandemic. The company’s revenue grew 11% compared to a year earlier. Apple posted a record revenue of $59.7 billion for this period of the year, versus $52.3 billion penciled in. The share price rose 6% in after-hours trading.

Facebook’s revenue increased 11% on improved user growth and engagement rates. Yet, this was the slowest pace of growth since the company went public in 2012 due to a heavy pressure on its ad business after world’s leading companies halted advertisement on its platform accusing the company for not doing enough to prevent hate speech. The company’s struggle with lower advertisement revenues due to the broad-based boycott will likely temper the ad revenue growth in the coming quarters, but Facebook estimates that the current quarter should bring a 10% growth on ads. Investors seem little concerned for now. The FB shares rose nearly 7% in the after-hours trading.

Alphabet (NASDAQ:GOOGL), however, announced its first-ever revenue decline, as the ad sales tanked 8.1% during the pandemic.

Stocks in Asia traded mixed. The ASX 200 slid 1.73% on renewed Covid-19 worries. Australian producer prices contracted 1.2% in the second quarter. The Nikkei tumbled 2.38% on stronger yen, and despite a better-than-expected recovery in industrial production in June.

European futures hint at a flat open following a morose Thursday session. The DAX slipped 3.45% on Thursday as the German GDP fell more than 10% in the second quarter, the severest hit on record and worse than the analyst estimates. Due today, the Eurozone aggregate GDP data should confirm a 11.2% contraction in the second quarter and the inflation in July is expected to print 0.2% y-o-y.

But the EURUSD extended gains to 1.19 and the GBPUSD surged to 1.3142 on the back of a further USD sell-off.

The euro and sterling’s stretched rally should not be misunderstood, however, as the severe debasement in the greenback is responsible for most of the recent gains. Any improvement in USD appetite could trigger a sharp downside correction in both pairs.

Likewise, the USDJPY and the USDCHF point at oversold market conditions.

Gold remains bid above the $1950 per oz, supported by, an uncertain risk appetite, cheap US dollar, low sovereign yields and rising inflation worries.

WTI crude shortly slipped below $40 per barrel on the back of a record slump in global growth and concerns that OPEC may be scaling back its production cuts prematurely. Weak economic data and gloomy growth prospects provide a stronger case for a sustained slide below the $40 pb. 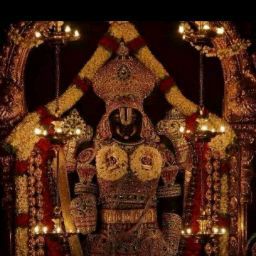