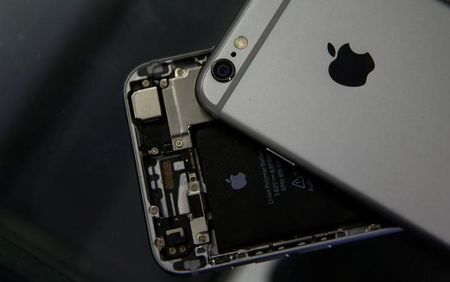 Investing.com - U.S. stocks are set to open sharply lower Thursday, on concerns about the strength of the U.S. recovery after a dovish Federal Reserve statement.

The Federal Reserve concluded its two-day meeting late Wednesday, with the central bank keeping its benchmark rate near zero and suggesting it would remain so for some time amid economic uncertainty.

Meanwhile, on Capitol Hill, Republicans and Democrats are still struggling to pass the latest stimulus measures before Friday, when some earlier measures are due to expire.

The only major change to the FOMC statement change is that it adds an explicit warning that “the path of the economy will depend significantly on the course of the virus,” said analyst James Knightley at ING, in a research note. “It seems to be yet another effort to try to provide a dose of realism in contrast to what appears to be equity market optimism that recovery is plain sailing from here.”

“The central bank is sounding even more dovish, likely culminating in a strategy shift in September,” Knightley added.

The focus will now turn to the first take on second-quarter GDP, at 08:30 AM ET (1230 GMT), with analysts forecasting a 34% annualized decline during the three-month period.  Earlier Thursday, German GDP contracted by 10.1% in the second quarter, its steepest plunge on record, and wiping out nearly 10 years of economic growth in adjusted terms.

The weekly initial jobless claims are also due at the same time, and are expected to remain elevated after last week’s release turned higher, breaking a long run of declining claims.

Meanwhile, the earnings season continues apace, with the prime focus being on Big Tech. Apple (NASDAQ:AAPL), Facebook (NASDAQ:FB), Amazon (NASDAQ:AMZN) and Alphabet (NASDAQ:GOOGL) are all due to report numbers after the close Thursday, a day after their CEOs were grilled - very lightly - by a congressional anti-trust panel. These four companies make up around 16% of the S&P 500 index.

Concerns over the strength of the economy also hit oil prices, despite a huge drop in U.S. crude oil supplies last week. The U.S. Energy Information Administration recorded a 10.612 million-barrel draw in inventories for the week ending July 24, its biggest since 2019. U.S. crude futures traded 1.8% lower at $40.52 a barrel, while the international benchmark Brent fell 1.3% to $43.48.