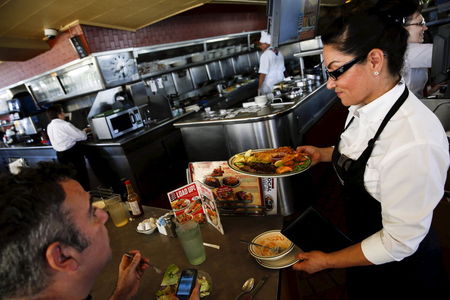 Investing.com - European stock markets traded cautiously fashion Friday, with investors having to weigh up improving economic data against an acceleration in Covid-19 infections, particularly in the U.S.

The final PMI services indices for Europe showed the region picking up but not quite ending its decline, climbing to 48.3 in June from 30.5 the previous month. Typically, a number below 50 indicates that activity is contracting.

Earlier Friday the Chinese service sector showed a clearer improvement, with the Caixin Services Purchasing Managers Index coming in at 58.4 in June, the highest reading in two months.

With the U.S. recording Thursday the addition of 4.8 million jobs in June, above the average forecast of 3 million, there are signs that the global economy is spluttering back into life.

Yet the danger surrounding the Covid-19 outbreak remains, particularly in America which recorded over 50,000 new cases Thursday, for the second day in a row, threatening to derail the nascent recovery. The U.S. accounts for around a quarter of the 10.8 million coronavirus cases recorded worldwide.

Turning back to Europe, stock in U.K.-based banking giant HSBC (LON:HSBA) fell 0.5% after pledging to boost investments in China even after Beijing launched sweeping new security legislation to crack down on Hong Kong.

Fiat Chrysler (MI:FCHA) stock dropped 0.6% and Peugeot (OTC:PUGOY) stock fell 0.8% after reports that the two are looking at ways to reduce the planned special dividend that was due to be paid to FCA shareholders ahead of their merger.

Germany's Delivery Hero  (DE:DHER) jumped 4.6% after the takeaway food company said its order growth nearly doubled in the second quarter, while spread-betting firm CMC Markets (LON:CMCX) rose 15.3% to a new all-time high after saying it expects full-year profits to be above the upper end of its previous forecast range, due to a sustained rise in client activity driven by market volatility this year.

Oil prices dropped on Friday, after OPEC member Angola said it wouldn't compensate for past quota-busting by cutting output until the fourth quarter. Bigger signatories to the OPEC+ pact on output restraint have said that the planned phased return of idled capacity to world markets is dependent on all members actually delivering the output cuts that they promised.