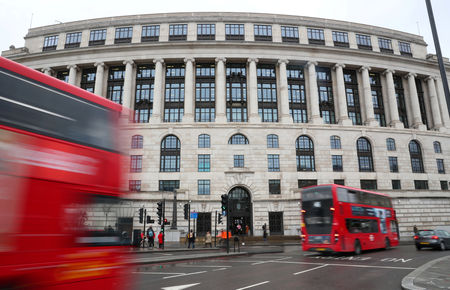 German consumer sentiment improved by more than expected heading into August, helped by a temporary tax cut, suggesting that Europe's largest economy is slowly recovering from the coronavirus pandemic. The GfK consumer climate index rose to -0.3 in August from -9.6 in July. It bottomed at -23.1 points in May.

Additionally, French business confidence gained further ground in July, with the  INSEE official statistics agency saying its business climate index rose to 85, from 78 in June. This is still far from 105 it recorded in February before the outbreak but much better than the record low of 53 reached in April.

In corporate news, Daimler (DE:DAIGn) stock rose 4.7% after the German automaker said it still expects an operating profit this year despite a large Covid-related second-quarter loss.

Unilever (LON:ULVR) soared 7.6% after its second-quarter sales fell much less than expected as a strong performance in North America helped to offset the hit from coronavirus lockdowns. The company also decided on a partial spin-off of its tea business.

Chipmaker STMicroelectronics (PA:STM) stock rose 3.4% after the company raised its guidance for the full year, despite ongoing weakness in the key automotive segment.

Roche (SIX:RO) stock dropped 1.9% after the Swiss healthcare company said it saw a “significant” impact on its business from the Covid-19 outbreak. It upheld its outlook for the full year.

Broad market gains may be limited later by rising tension between Washington and Beijing after China retaliated to the closure of its consulate in Houston by ordering the U.S. to close its representation in Chengdu.

At the same time, the coronavirus continues to generate negative headlines, despite evidence that some local infection curves are flattening. California has now overtaken New York as the worst-hit state for cases.

Oil prices edged higher, with the jump in U.S. crude inventories, reported late Wednesday, having only a limited impact.

The Energy Information Administration said crude inventories rose by 4.9 million barrels in the week to July 17, despite this being peak driving season, as a sharp rise in coronavirus cases started to hit U.S. consumption.