Stock market crash: How Nick Train and Terry Smith’s ideas are guiding my investments for the rest of 2020

Stock market crash: How Nick Train and Terry Smith’s ideas are guiding my investments for the rest of 2020

Two of UK’s best known fund managers – Nick Train and Terry Smith – have more than one common aspect in their investing approach. Both believe in buying quality stocks and holding them for the long term. They also have a penchant for consumer goods. But the stand-out feature for me is the strong returns they have given investors. This needs to be underlined at a time when we are coming out of a stock market crash.

Double-digit returns for these funds Nick Train is the co-owner of the investment management firm, Lindsell Train. The Lindsell Train UK equity fund returned 23% to investors in 2019, showing performance far in excess of the FTSE 100’s gains. And this is despite the fact that over 60% of the fund’s holdings are in FTSE 100 stocks as of June 2020, including stocks like Unilever (LON:ULVR), Diageo (LON:DGE), and Burberry.

Terry Smith’s Fundsmith equity fund is more US-focused. It has relatively limited exposure to the UK stock market, at less than 15% of the total. But like the Lindsell Train UK equity fund, it too is concentrated on consumer goods. Consumer staples account for 30% of its portfolio and consumer discretionary make up another 5%. Last year, it had a return of 26%.

Investing ideas after the stock market crash Both funds have are also bent towards technology stocks, albeit less than towards consumer goods. In the case of the LT UK equity fund, some of its top 10 investments are in FTSE 100 technology companies like RELX and The Sage Group (LON:SGE). For Fundsmith, technology accounts for 29% of its portfolio, with holdings of stocks like Microsoft (NASDAQ:MSFT) and Facebook (NASDAQ:FB).

These were good stocks at any time, but now after the stock market crash, holding both consumer staples and technology stocks is a particularly winning move. Defensives like these are advisable to hold during the recession, and going by at least some of these stocks’ recent performances, I think it’s a good idea for investors to consider them even now.

Unilever, for instance, recently delivered an increase in earnings despite lacklustre sales. Others like Burberry are harder hit, because of the discretionary sector they operate in. The British luxury brand has also been hit by the dent to its China and Hong Kong markets. But, fundamentally, it’s a sound company. It’s a similar story for Diageo, making both of them good buys now. Further, technology stocks are good plays too, as evident from the recoveries seen in their share prices after the stock market crash.

What I’d buy Based on the ideas of the two fund managers, I think at this time it would be good to look at other defensives. For instance, some healthcare stocks have done superbly well in the past few months. These include AstraZeneca, despite its meteoric earnings ratio. Pest control provider Rentokil Initial (LON:RTO) is another one.

In sum, after the stock market crash, I think investing in safe stocks is a good idea. And these top fund managers show us that these can be good growth investments too.

The post Stock market crash: How Nick Train and Terry Smith’s ideas are guiding my investments for the rest of 2020 appeared first on The Motley Fool UK.

Teresa Kersten, an employee of LinkedIn (NYSE:LNKD), a Microsoft subsidiary, is a member of The Motley Fool’s board of directors. Randi Zuckerberg, a former director of market development and spokeswoman for Facebook and sister to its CEO, Mark Zuckerberg, is a member of The Motley Fool's board of directors. Manika Premsingh owns shares of AstraZeneca and Burberry. The Motley Fool UK owns shares of and has recommended Facebook and Microsoft. The Motley Fool UK has recommended Burberry, Diageo, RELX, Sage Group, and Unilever and recommends the following options: long January 2021 $85 calls on Microsoft and short January 2021 $115 calls on Microsoft. Views expressed on the companies mentioned in this article are those of the writer and therefore may differ from the official recommendations we make in our subscription services such as Share Advisor, Hidden Winners and Pro. Here at The Motley Fool we believe that considering a diverse range of insights makes us better investors. 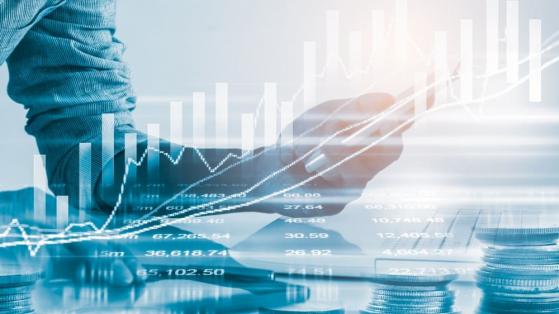