JOHANNESBURG (Reuters) - Barclays' (L:BARC) plan to sell its African business and pull out of the continent are being hindered by South Africa's political upheaval and credit-rating downgrades, according to banking sources and fund managers.

The British bank gave itself 2-3 years to sell its controlling stake in Johannesburg-based Barclays Africa when it announced the plan in early 2016, and sold 12 percent last May in an "accelerated bookbuild" - a share sale held over a short period of time.

It had been planning another accelerated bookbuild in the last two weeks but pushed it back because of concerns over investor appetite due to political and economic uncertainty in South Africa, according to a banking source familiar with the plans.

The source, who asked not to be named as they are not authorised to speak publicly, did not say when the deal might now take place.

A spokesman for Barclays in London declined to comment.

South Africa has been mired in business uncertainty since late last year when the ruling African National Congress (ANC) pledged to radically transform the economy following losses in local elections that were partly caused by anger over deep inequality that persists more than two decades after apartheid.

It said it would redistribute the wealth of the country to the black majority, but has not outlined how it plans to do so.

Investor unease increased significantly two weeks ago with the sacking of respected finance minister Pravin Gordhan which led to S&P Global Ratings cutting the credit rating of South Africa and its banks to junk.

Fitch also pushed Pretoria's debt into junk territory and is expected to also downgrade local banks in the coming days because their large exposure to sovereign debt closely links their credit profile to that of the government.

The downgrades have heightened the risk of a prolonged economic stagnation and rattled investor confidence in banks, whose performance is closely linked to the economy, wiping out more than 132 billion rand ($9.5 billion) from their market value in two weeks.

The pool of potential buyers to which Barclays' can sell shares in its African business to is also shrinking, according to bankers, because the mandates of some institutional investors, including some pension funds, do not allow them to hold an asset that's sliding on credit ratings.

"Barclays Plc have to make a tough call – go ahead and sell Barclays Africa at a low enough price that will attract investors or wait, possibly a few years, until the situation has stabilised," said Kokkie Kooyman, portfolio manager at Dekker Capital in Cape Town.

The British bank said early last year that it planned to reduce its 62 percent stake in its African business to below 20 percent by 2019 as part of its plan to exit Africa to focus on the United States and Britain.

As well as hindering its global strategy, delays in the sale timetable could throw up regulatory problems.

Barclays is partly relying on funds raised from the stake sale to meet capital requirements that were identified as a concern by the Bank of England in a November "stress test" aimed at gauging its ability to withstand financial shocks.

The lender faces the annual test again late this year, and the British regulator could ask it to submit plans to raise extra capital if it has not met the requirements.

Barclays is increasingly looking at selling its remaining 50 percent stake in chunks because it is struggling to find one strategic buyer that will satisfy South African regulators, sources have previously said.

Barclays Africa earns more than 80 percent of its revenue in South Africa, but also operates in nine other including Kenya, Ghana, Botswana and Mozambique.

It has been hit hard by the economic uncertainty and credit downgrades in South Africa, along with domestic peers Standard Bank (J:SBKJ), Nedbank (J:NEDJ) and FirstRand (J:FSRJ). They are heavily dependent on wholesale funding sources such as bonds, whose costs have surged following the downgrades, and exposed to the effects of economic problems such as rising unemployment.

South Africa's "top four" banks have shed between 7 and 13 percent over the past two weeks.

Faced with possibility of losing more supporters in the 2019 national elections, the ANC party has pledged to overhaul the economy, with the central plank being the redistribution of wealth, but has not disclosed details of its plans.

The policy is aimed at winning back core voters in a country where black people make up 80 percent of the 54 million population, yet the lion's share of the economy in terms of ownership of land and companies remains in the hands of white people, who account for around 8 percent of the population.

"Banks are paying the price for political uncertainty that we've seen in the country over the past two weeks," said Ron Klipin, a fund manager at Cratos Capital in Johannesburg. 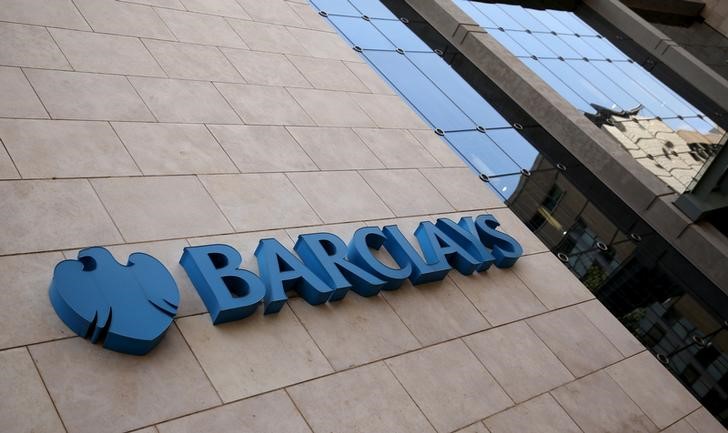