"A pipeline needs to be worked on constantly. It doesn't grow overnight," Markus Krebber told Reuters, less than a day after the group raised 2 billion euros (1.8 billion pounds) in a share sale to fund growth.

Unfazed by the COVID-19 crisis, Krebber said that the environment for renewables had improved in the course of the year, adding RWE would be able to realise more of its current pipeline of projects than previously thought.

He said the company, Europe's third-largest renewables player, would expand that offering through smaller deals, below the 2.7 GW it recently bought from wind turbine maker Nordex (DE:NDXG) for 402.5 million euros.

"We're not interested in taking over operating assets on a large scale. Our business model is to develop, build and operate," Krebber said.

The share sale proceeds come on top of a separate 5 billion euro spending plan by the end of 2022, intended to grow RWE's installed renewable capacity to beyond 13 GW from around 9 GW now.

"We won't be able to spend it all until the end of 2022 because realising projects needs time," Krebber said. RWE will give new growth targets in the second half of 2021, he said.

The company wants to expand in North America and Europe, where Krebber aims to add more solar and offshore wind projects to further bolster its renewables position, which was boosted by a major asset swap with peer E.ON (DE:EONGn).

He also said that funds were required for upcoming renewable energy auctions in Britain, France, Denmark, Germany and North America, at which project developers have to make competing bids for capacity.

Shares in RWE, which had hit their highest in more than eight years on Tuesday, closed 4.6% lower, in line with the issue price set for the capital increase.

"There's a scarcity of offshore wind projects," said Thomas Deser, fund manager at Union Investment, a top-20 shareholder of RWE. "This could even intensify as oil majors such as BP (L:BP) are entering the renewables sector."

BP earlier this month unveiled plans to expand its renewable power generation to 50 GW by 2030, compared with 2.5 GW now, and said it would increase its low-carbon spending to $5 billion a year by the same point.

"It is difficult to imagine that BP can reach this level without takeovers," Deser said. Union Investment is also a top-30 shareholder in BP.

RWE has been called a takeover target by Goldman Sachs (NYSE:GS). With a market valuation of 20 billion euros, it is cheaper than Enel or Iberdrola but still a heavyweight compared with Britain's SSE (L:SSE) or Portugal's EDP Renovaveis (LS:EDPR).

"I'm not worried about the growing competition. If others want to join in, it's proof that our sector is attractive," Krebber, who will take over as RWE's chief executive next year, said.

The growing interest is also expected to drive up prices for project pipelines, already reflected in the share prices of smaller players, including Encavis (DE:HWAG), PNE AG (DE:PNEGn) and Energiekontor (DE:EKTG). 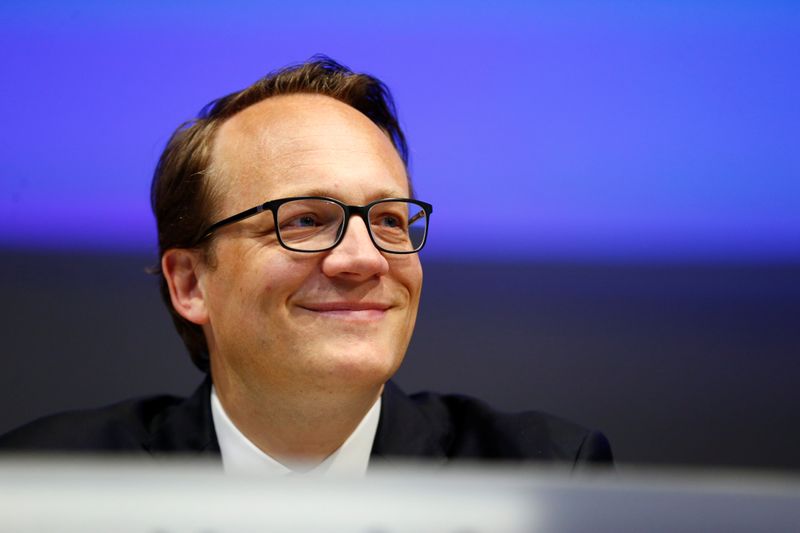