Underlying earnings before interest and tax fell to 1.37 billion Norwegian crowns ($149 million) from 2.68 billion crowns a year earlier but beat the 969 million crowns forecast on average by 14 analysts in a company-supplied poll.

"It is encouraging to see costs coming down in our upstream business, combined with forceful restructuring and optimisation measures downstream," CEO Hilde Merete Aasheim said in a statement.

Upstream refers to the production of primary aluminium while downstream involves the process of turning the metal into products such as car parts or beer cans.

"It's definitely on the good side, all divisions came in above consensus," Carnegie analyst Morten Normann said.

The momentum for primary aluminium demand has weakened this year and Hydro said it expected global demand growth to hover around zero percent, with a range from a negative 0.5% to a positive 0.5% growth. In 2018, aluminium demand grew 3.1%.

In 2020, global demand outside China was seen largely flat, with a range from negative 1% to 1% growth, while domestic Chinese demand will likely rise by 1-3%, Hydro said.

As of the end of the third quarter benchmark aluminium [CMAL3] prices on the London Metal Exchange had dropped more than 16% from a year earlier, with Norsk Hydro's share price roughly tracking that fall.

Its earnings on Wednesday were expected to send the shares higher, said brokerage DNB Markets, which holds a buy recommendation on the stock.

Third-quarter revenue fell to 37.5 billion crowns from 39.8 billion a year earlier and also missed the 38.4 billion expected by analysts.

Hydro's operational problems in Brazil, which have weighed on earnings in the past years, have been resolved. Its Alunorte alumina refinery, hit by a production embargo following a February 2018 spill, has ramped up production since a federal court lifted an embargo in May. 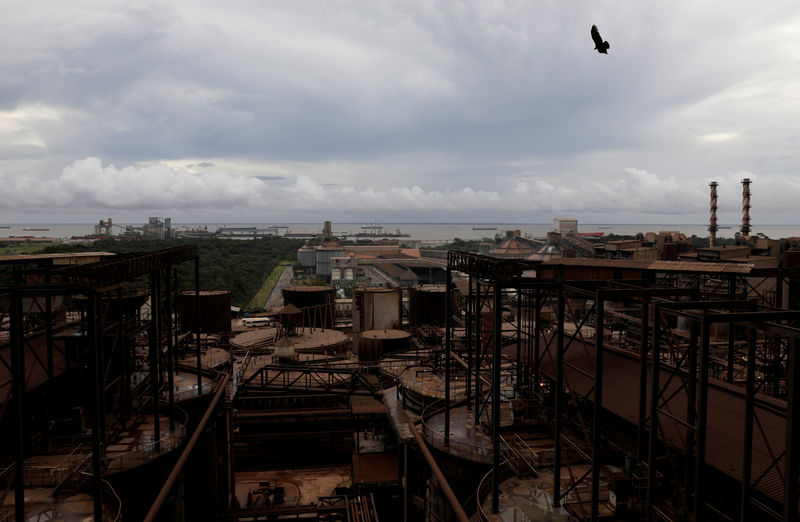