Green is the new black in boom for clean energy funds

Green is the new black in boom for clean energy funds

By Tommy Wilkes and Ritvik Carvalho

LONDON (Reuters) - Investors are pouring money into green funds, banking on a Joe Biden presidency in the United States for a further boost to the renewable and alternative energy industry at the expense of traditional oil and gas businesses.

Shares in solar and wind energy businesses, electric vehicle companies and environmental technology pioneers have been on the rise for months, widening their lead over fossil fuel rivals since the U.S. presidential election on Nov. 3.

Even without U.S. President-elect Biden's win, investors have been positioning for governments worldwide to enact more climate-friendly legislation. The UK, for instance, announced this week that it would ban the sale of new petrol and diesel cars and vans from 2030 to cut carbon emissions.

Morningstar does not track U.S. alternative energy funds, but in Europe the August-September inflows to such vehicles touched their highest in at least three years, taking AUM to a record 9.8 billion euros.

Investors were loading up on green energy holdings in the run-up to Biden's victory.

Though U.S. President Donald Trump has yet to concede the Nov. 3 election, Biden has pledged to tie the U.S. economic recovery to tackling climate change in a significant policy shift from Trump's easing of regulations on fossil fuel. He has also vowed to rejoin the Paris climate accord that Trump exited.

October energy fund flow data is not yet available, but provisional numbers suggest a big swing towards funds that claim to meet environmental, social and governance (ESG) goals, though that includes investing in conventional energy companies.

Net flows into all energy funds deemed ESG-compliant topped a record $1.79 billion in October, against $871 million for traditional energy funds, according to fund tracker EPFR.

The centrepiece of Biden's climate plan is a target of net zero carbon emissions for the U.S. economy no later than 2050.

Analysts at financial advisory firm Raymond James noted that getting there would require a dramatically different pace of decarbonisation. They warned that Republican control of the Senate would "make it difficult, if not impossible" for Biden to enact major climate reforms.

"Investors looking for such reforms will need to focus on Europe rather than the U.S.," they wrote.

However, many fund managers are undeterred by legislative roadblocks in Washington.

Guillaume Mascotto, head of ESG at American Century Investments, said the appeal of investing in renewable energy assets would continue irrespective of regulatory developments as understanding of the technology improves.

The RENIXX Renewable Energy Index, which tracks the 30 largest renewable energy companies worldwide, has more than doubled in 2020, including a 9% gain in November.

The S&P500 energy sector index meanwhile is down 41%, hurt by a slump in oil prices.

Other strong performers include Invesco's Solar Exchange Traded Fund, up 143% in 2020, and First Solar, which has registered a 46% gain. 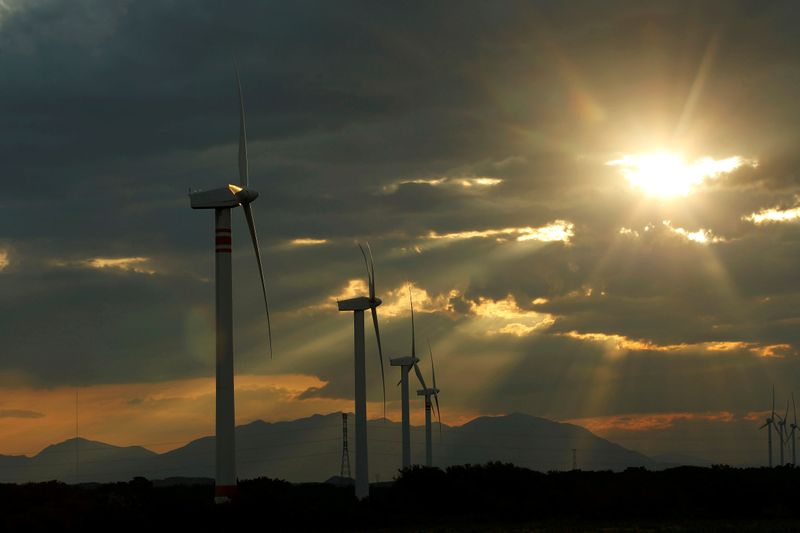