(Reuters) - Management at London bus and train operator Go-Ahead Group (L:GOG) on Friday said it was taking a 20% pay cut as it and other bus companies welcomed 167 million pounds ($206.60 million) in aid from the government to keep commuter services running for essential staff during the coronavirus lockdown.

The government late on Thursday agreed additional funding for the industry that will be paid to operators over the next 12 weeks.

Go-Ahead, which has more than 2,000 buses in operation in London and also manages a number of services in other UK cities, said fare revenue had sunk by 90% as a result of the shutdowns.

"People in key roles such as NHS workers, emergency services and those in the food supply chain depend upon these services," Go-Ahead Chief Executive David Brown said.

FirstGroup (L:FGP), owner of First Bus that operates around 5,700 buses across the UK, also saw a 90% decline in passenger revenue numbers and said it welcomed the government's support.

"These arrangements will enable us to continue working closely with councils and our other local stakeholders to ensure that key workers can reach their destination," said FirstGroup Chief Executive Matthew Gregory.

Another bus operator Stagecoach (L:SGC), which operates 8,400 buses and coaches in the UK, said it was furloughing around 55% of its regional bus drivers and engineering staff as it seeks to conserve cash. 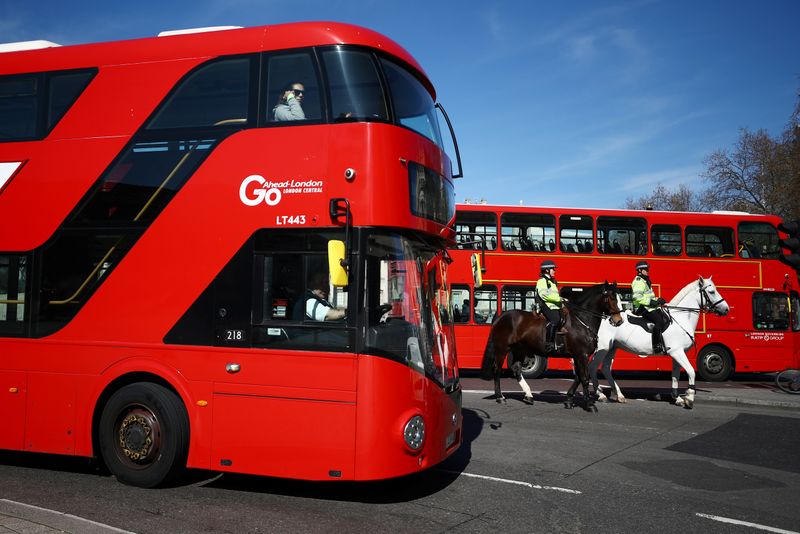 Before the health crisis took centre stage, Prime Minister Boris Johnson in February announced 5 billion pounds in new funding to overhaul bus and cycle links for every region outside London.