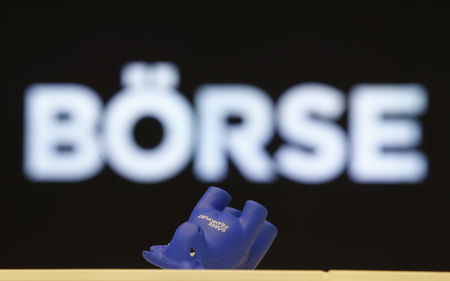 The Democrat pair of Jon Ossoff and Raphael Warnock are projected to have won the two Senate seats in Georgia, raising expectations that President-elect Joe Biden will have an easier path to push his agenda, including more stimulus measures, when his administration takes over in a couple of weeks.

This optimism appears to be undimmed by violent scenes in Washington on Wednesday, as supporters of President Donald Trump stormed the Capitol where lawmakers were meeting to confirm Biden’s victory in November’s presidential election.

Congress early Thursday confirmed the election of Biden as president, paving the way for him to be swore in on Jan. 20.

Back in Europe, the Covid-19 pandemic remains a key concern, with a number of countries forced back into lockdown as new cases continued to mount. However, the European Medicines Agency approved Moderna’s Covid-19 vaccine on Wednesday, adding to options as authorities throughout the region try to organise large-scale vaccination programs.

Ryanair (LON:RYA) stock fell 2.4% after the low-cost airline slashed its annual traffic forecast to below 30 million passengers due to fresh lockdowns in the United Kingdom and Ireland.

German factory orders surprised to the upside, climbing 2.3% on the month in November when a drop of 1.2% had been expected, while euro-zone flash inflation figures and retail sales are due for release later Thursday.

Oil prices pushed higher Thursday, with a bigger-than-expected drop in U.S. crude stockpiles adding to the bullish tone created by Saudi Arabia’s pledge earlier this week to cut output by one million barrels per day in February and March, once the chaos in Washington dissolved.

Crude inventories were down by 8 million barrels in the week to Jan. 1 to 485.5 million barrels, the Energy Information Administration said on Wednesday. This was much more than expected, and followed the American Petroleum Institute reporting a draw of 1.663 million barrels on Tuesday.

U.S. crude futures traded 0.9% higher at $51.09 a barrel, moving decisively above the $50 level for the first time since February, while the international benchmark Brent contract rose 0.6% to $54.64.