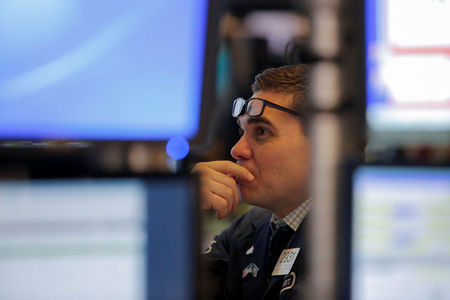 Investing.com - It will be a short week in U.S. markets with Thursday’s Thanksgiving holiday, but despite that it won’t be an uneventful one with traders continuing to monitor the latest trade developments, earnings reports and economic data, including durable goods orders and a second look at third quarter growth. Consumer confidence data on Tuesday and Black Friday will highlight consumer spending. Elsewhere, in the euro zone the focus will be on inflation. Here’s what you need to know to start your week.

The leaders of the U.S. and China on Friday both underscored their desire to sign an initial trade deal and defuse a 16-month tariff war that has roiled financial markets and acted as a drag on global economic growth.

Chinese President Xi Jinping said Beijing wants to work out an interim or 'phase one' trade pact but is not afraid to retaliate when necessary.

U.S. President Donald Trump said Friday a trade accord with China is "potentially very close," before adding, "The question is whether or not I want to make it."

But negotiations could flounder if Trump signs into law a bill supporting Hong Kong's pro-democracy protesters or if U.S. warships keep sailing near islands claimed by China in the South China Sea.

Both manufacturing and consumption will be in the spotlight this week with investors monitoring regional manufacturing PMIs for any signs of a slowdown in the U.S. factory sector. Consumer confidence data on Tuesday, along with the start of the annual Black Friday retail extravaganza will give investors fresh insights into the resilience of consumer spending. Federal Reserve Chairman Jerome Powell is to speak on Monday, but Wednesday’s data on durable goods orders for October will likely be the highlight of the calendar, while a second reading on third quarter GDP the same day is not expected to bring any significant revision.

There is a full slate of earnings reports coming out in the run up to the Thanksgiving holiday with global apparel company PVH (NYSE:PVH), which owns brands including Tommy Hilfiger and Calvin Klein, reporting ahead of the open on Monday. Cybersecurity company Palo Alto Networks (NYSE:PANW) is due to release its first fiscal 2020 earnings report after the closing bell the same day.

Retailers Burlington Stores (NYSE:BURL), Dollar Tree (NASDAQ:DLTR), Best Buy (NYSE:BBY) and Dick’s Sporting Goods (NYSE:DKS) are set to report ahead of the open on Tuesday, while Dell (NYSE:DELL) and HP (NYSE:HPQ), which is being targeted by Xerox (NYSE:XRX) for an acquisition, will report after the close.

Agricultural machine maker Deere (NYSE:DE) is set to report on Wednesday. The Sino-U.S. trade war has pressured Deere amid persistent uncertainty over the outlook for the agriculture sector.

The seismic shift in the consumer landscape has exposed a growing divide between retailers capable of adapting their bricks-and-mortar stores to the online world, and others struggling to keep customers coming through their doors.

Recent quarterly reports illustrate that divide. Shares in Target (NYSE:TGT) for instance surged to record highs after it raised full-year earnings forecasts, but department stores Macy’s (NYSE:M) and Kohls (NYSE:KSS) cut their outlooks ahead of the holiday season. Macy's shares extended their losses for 2019 to 50%.

Friday’s preliminary data on euro zone inflation will be closely watched, not least by new European Central Bank chief Christine Lagarde. Price growth in the bloc has undershot the ECB's target of close to but just below 2% since 2013 and is not expected to approach that level any time soon, let alone this month.

On the bright side, predictions are for annual inflation to have edged up in November for the bloc and in Germany. Lagarde has also pledged to review the ECB's inflation strategy, following in the footsteps of the U.S. Federal Reserve.

Several ECB officials, including Chief Economist Philip Lane are also due to speak this week.