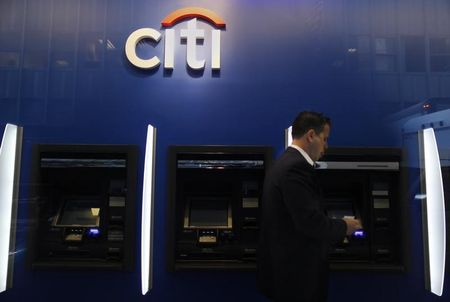 (Bloomberg) -- Citigroup Inc (NYSE:C). plans to deepen its corporate banking presence in developing countries from Russia to South Africa even as some rivals decamp to focus on their home markets.

Citigroup has overhauled its business in eastern Europe, the Middle East and Africa to focus on emerging economies. The third-largest U.S. bank is betting unprecedented deal opportunities will follow the economic slump caused by the coronavirus pandemic, weak oil prices and political uncertainty.

As part of the revamp, Citigroup in September shifted 29 of its operations across these three regions and added another 30 units in countries where it didn’t have a presence, creating a single emerging markets cluster.

“We’re going to look at increasing the canvas for the bank compared to where we are now,” Naveed Kamal, chairman of EMEA EM corporate banking, said in an interview.

The expansion contrasts with some of its European rivals. Deutsche Bank AG (NYSE:DB) and Barclays (LON:BARC) Plc have scaled back or retreated from Africa to focus on their home markets. Standard Chartered (OTC:SCBFF) Plc is cutting staff and reducing its presence in Dubai, along with Nomura Holdings (NYSE:NMR) Inc. and Credit Suisse (SIX:CSGN) Group AG.

“We’re already hiring new resources and will hire more people as the opportunity grows,” Kamal said. “It will be a combination of either hiring more or reallocating resources.”

Direct lending platforms set up by sovereign wealth funds like Mubadala and Qatar Investment Authority are further opportunities for the New York-based bank and its competitors.

The lender’s emerging-markets business could get a further boost when Jane Fraser takes over as chief executive officer in February given her experience in some developing regions.

“We’re excited about the entire region especially in light of the last seven to eight months,” said Aziz Rahman, co-head of EMEA EM corporate banking. “We see a common thread in EM from companies and sovereigns who are either looking to raise capital, do refinancing, and/or do more acquisitions and grow.”

The bank expects sovereigns to keep tapping markets for their capital needs, with bond and sukuk sales from the Middle East and North Africa hitting a record $115 billion so far this year.

“These countries have significant sovereign wealth and fiscal space to borrow for investing in their economies for growth and to fund deficits,” Kamal said.

The bank is the third top arranger of debt and sukuk sales from the Middle East and North Africa, behind HSBC Holdings Plc (LON:HSBA) and Standard Chartered, according to data compiled by Bloomberg. It ranks third for Eastern European bonds after JPMorgan (NYSE:JPM) and BNP Paribas (OTC:BNPQY) SA, and fourth in Africa.

To complement the bond-sale spree, state-owned firms are also turning to asset sales to support their economies.

While Citigroup isn’t expecting a big rush for liquidity from regional clients any time soon -- mainly because of quarterly earnings that either met or beat expectations -- this is poised to change.

“There will be need for capital as things normalize and our clients look to reinvest for growth,” Shaikh said. “Most have held back spending in the past months and we expect pent up demand to drive a lot of capital raising in debt and equity.”