By Dave Sherwood and Natalia A. Ramos Miranda

SANTIAGO (Reuters) - Chile is making a renewed push for battery technology investment in return for access to its lithium deposits, piquing interest from China, Japan and Europe as global firms look to tie up supply of the metal vital for the shift to electric vehicles.

The South American country, the world's No. 2 lithium producer, has held global road shows ahead of a second lithium-for-investment tender, according to officials and Chilean government documents seen by Reuters.

These have attracted dozens of firms in China, Japanese battery makers like Toshiba Corp (T:6502) and Russia's state nuclear agency Rosatom, the documents show, lured by potential access to Chile's huge deposits of the "white gold" under the arid salt flats in the Atacama desert.

An auction - slated for early 2020 - offers a guaranteed supply of discounted Chilean lithium in exchange for a commitment to build battery parts plants in Chile as the government looks to move up the value chain.

Oversupply and plummeting lithium prices, however, have made the deal a tough sell. In a previous tender in 2018, all three winners, including electronics giant Samsung (LON:0593xq) SDI (KS:006400) and Korean steelmaker Posco, subsequently dropped out.

"I don't see this ending any better than the previous auction," said Jaime Alee, a Chilean lithium consultant who has advised foreign investors in the country. He noted that the global trend was for supply chains closer to home.

"Given this, I just don't see the logic in installing (a plant) in Chile."

Nonetheless, Chile's huge deposits are a lure amid a sharpening race to lock in supplies, which will be key to a future of electrified transport and smart devices.

Chile's investment and development agencies InvestChile and CORFO held events in China, France, Japan and South Korea this year to drum up interest. They say issues from the first auction have since been resolved.

A statement from Rosatom Group confirmed its companies were weighing their options in Chile.

"Rosatom´s organizations are still considering Chile as a potential partner for implementation of lithium projects and supporting local government´s initiatives aimed to attract foreign companies to participate in joint projects in this area," it said.

Bollore declined to comment, as did Japan's Toshiba, with spokesman Ryoji Shinohara adding: "We are not disclosing business-related information, including participation in such road shows, unless an official decision is made."

The China Development Bank, TBEA, Sinochem, Chinalco and Umicore did not respond to requests for comment.

Chile is home to half of the world's lithium reserves, with both SQM and U.S-based Albemarle (N:ALB), the world's top producer, extracting the coveted metal from bright blue brine pools on the desert's vast white salt flats.

However, a Reuters investigation in July found Chile has struggled to capitalize fully on the tenders, failing to make clear both how much lithium it could provide, as well as how deeply it would be discounted.

Despite the renewed interest, the administration of center-right President Sebastian Pinera has tempered expectations for this second round.

Pablo Terrazas, head of the Corfo development agency, which oversees the auction, told lawmakers this month that the offered deal was perhaps not as sweet as anticipated.

"If the battery-making companies are not interested... we can't obligate them to set up in Chile," he told lawmakers. "This can still succeed or fail."

Terrazas said he hoped to entice companies that make parts for batteries used in tools, electric scooters and storage devices. 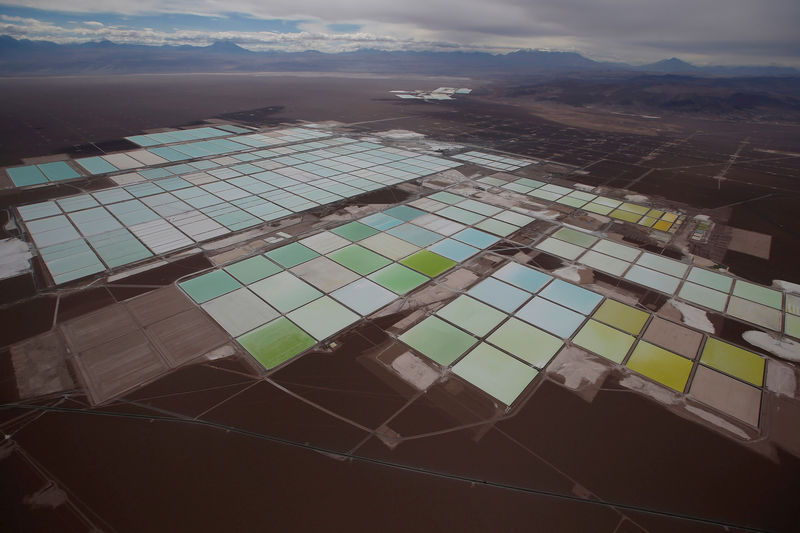 "We started out wanting to sell the most sophisticated batteries to the likes of BMW or Volkswagen (DE:VOWG_p). But I think we need to go little by little... and work our way up," he said.