By Gram Slattery and Marta Nogueira

Now, Brazil's most important company is facing yet another challenge: thieves are robbing millions of dollars worth of its fuel to sell on a thriving black market.

Theft from Petrobras pipelines soared to a record high 261 incidents in the states of Rio de Janeiro and Sao Paulo last year, up from just one case in 2014, according to an August securities filing and statements made to Reuters by representatives of Petroleo Brasileiro SA (SA:PETR4), as the company is formally known.

Most of those heists, police say, are the work of sophisticated criminal groups, some with their own trucks, distribution firms and even retail gas stations.

The alleged losses are tiny compared to those of another Latin American energy powerhouse - Mexico - where crime gangs have infiltrated the petroleum business in a big way. Fuel theft costs state-run Pemex over $3 billion annually, according to company figures.

But stamping out Brazil's problems early, da Silva said, will be crucial to keeping gangsters from becoming entrenched in its oil industry.

"We're working exactly to prevent Brazil from turning into Mexico," he said.

Transpetro has set up a program to gather intelligence on criminal groups and is spending 100 million reais ($24 million) a year to fund it, according a high-ranking company source, who requested anonymity to avoid retaliation from organised crime groups.

Around 50 staffers are now studying the issue, including tracking the patterns and methods of oil thieves and sharing those findings with law enforcement, the person said. The company, which did not respond to a request for comment, has also set up a hotline for the public to report fuel robbery.

Some foreign investors, too, are beefing up security. They include TAG, a pipeline unit that France's Engie SA (PA:ENGIE) bought from Petrobras for $8.6 billion in April.

The firm told Reuters in a statement that it is working with Transpetro, whose pipelines often run beside TAG's pipes, to increase foot patrols and reinforce physical barriers, among other measures.

"This phenomenon is becoming very organised," said Emmanuel Delfosse, TAG's chief operational officer. "It's hard to go after these people."

Fuel is an expensive commodity in Brazil, where the pump price of gasoline works out to more than $4 a gallon.

Crime gangs traditionally focused on narcotics trafficking have branched out into fuel theft in recent years, according to authorities. So have so-called militias, police say, which sprang up to battle drug gangs but have morphed into fearsome crime outfits in their own right.

These groups are highly organised, with separate divisions dedicated to tapping illegally into pipelines, transporting the stolen fuel and keeping a lookout for cops, said Simone Sibilio, the head prosecutor for Rio state's organised crime unit.

Crooks have also muscled into retail sales. Police say criminals entered the gas station business years ago as a means of laundering cash from other illicit operations. Now, stocking those pumps with stolen fuel has become a lucrative new profit centre, authorities said.

First Capital Command, one of Brazil's most notorious crime gangs, controls around 300 gas stations in Sao Paulo state, according to Paulo Miranda, head of the gas station industry group Fecombustiveis. That comes to around 3% of the state's approximately 9,000 gas stations.

"It's a fuel mafia," Miranda said.

The firm is also close to signing formal agreements with Mexico's Pemex and Colombia's Ecopetrol (CN:ECO) to facilitate the sharing of anti-theft strategies, the Transpetro source said.

None of those companies responded to requests for comment.

In the meantime, heightened vigilance appears to be paying off. Through the end of July, fuel heists in Brazil were down 33% compared to the same period in 2018, Petrobras securities filings show, though they remain high by historical standards.

Lucas Tristão, secretary of development for Rio state, said authorities have shut down 10 gas stations in Rio for various crimes in 2019.

In July, police blew the lid off an extortion racket at a Petrobras refinery northeast of Rio, where Tristão alleges a local militia was demanding kickbacks from contractors at the complex.

Gabriel Poiava, one of the detectives on that case, said it's an example of gangsters looking up and down Brazil's oil supply chain to see where they could grab a piece of the riches.

"If they believed some activity could be extorted there, they would try," he said. 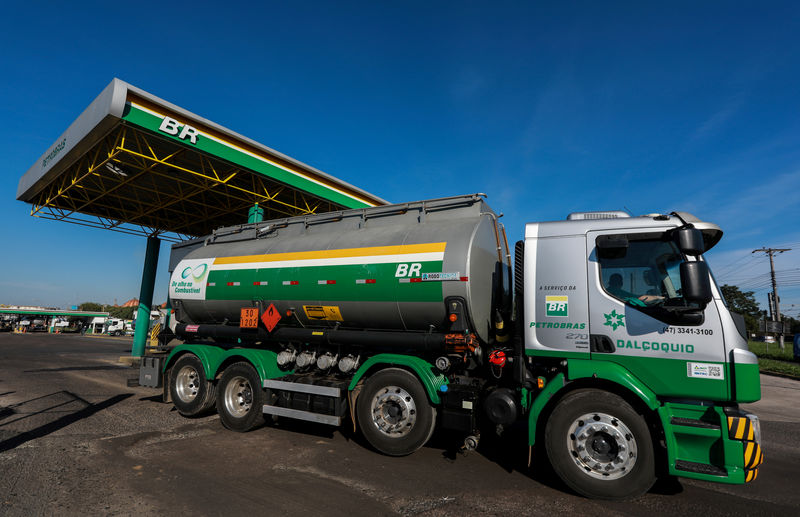