FRANKFURT (Reuters) - Pandemic payment breaks on European loans totalling billions of euros threaten to undermine efforts by the region's banks to put the coronavirus crisis behind them.

Some of the millions of borrowers who were given repayment holidays by banks and governments across Europe shortly after the outbreak of the pandemic still need relief as a second wave of lockdowns squeezes the economy and puts people out of work.

But the longer their loan repayments are kept on ice, the bigger the potential problem for banks as debts stack up, making them more difficult to tackle.

The European Central Bank's chief supervisor Andrea Enria has warned of a "huge wave" of unpaid loans that could top 1.4 trillion euros and has cautioned against postponing writing them off, warning that waiting for loan moratoria to expire could see many borrowers "unravel at once".

Although the volume of loans on pause fell sharply over the summer, a Reuters survey and analysis of the latest data available shows that loans totalling about 320 billion euros (284.5 billion pounds) were still on a payment holiday at 10 of Europe's biggest banks.

In Ireland, banks started to phase out payment holidays in September, a move Michelle O'Hara, a manager at a charity advising those in debt difficulty, said prompted a call surge.

Pilots, programmers and even horse trainers have joined those on lower pay in seeking advice. "There are people in difficulty who never anticipated being in trouble," O'Hara said.

Personal debt in Europe, whether for houses, white goods or cars, is at a record high, European Union data shows. Although some countries cut back in the past decade, consumers in Britain, France and Germany borrowed roughly one fifth more.

So when payment holidays became widespread during the first wave of coronavirus lockdowns in Europe, lenders prepared for losses, with financial results showing that the 10 have set aside some 45 billion euros to cover the cost of unpaid loans.

For banks looking to avoid a return to the dark days of the debt crisis a decade ago, there is a delicate balancing act between meeting government requests to go easy on borrowers and not putting their loan books in jeopardy.

"We must ensure that we allow everyone to go through this phase," said Philippe Brassac, Chief Executive of France's Credit Agricole, which has about 24 billion euros of loans on payment breaks, pledging to support customers hit by lockdown.

Calculating default risk is complicated and banks take many factors into consideration such as the type of loan, the circumstances of the borrower and the wider economy.

Banks say they are realistic about judging the risk, while many point to the large numbers of borrowers who have resumed payment after a holiday.

A spokesman for Intesa said customers that took payment holidays were resilient and their exposure to tourism, hard hit by the crisis, was low. Santander declined to comment.

Central banks in Germany, which told banks to prepare for the "worst case" and Portugal, which cautioned of the risks of winding down economic support measures, are worried that if personal debt problems spiral it could suck in banks too.

"Some banks have more than 20% of their loans on payment holiday. When will gravity kick in? At some point, you have to return to normal business," Jerome Legras of Axiom Alternative Investments said.

In Italy, payment breaks rose to roughly 10% of mortgage loans at the height of the pandemic, while in Britain it reached more than 15%, calculations by the European Datawarehouse, which collects the data for investors, show.

Since then, the majority of borrowers have resumed paying.

"There is a significant amount of distressed debt throughout Europe," Ed Sibley, Deputy Governor of the Irish Central Bank said. "And that distress will increase because of COVID-19."

A recent study by Ireland's central bank found that although the number of payment breaks had fallen by more than a quarter since June, 9% of Irish loans remain on hold.

It found that hotels and restaurants, among the worst hit by the pandemic, were the most likely to still be on a break.

"For now, job protection measures are in place. But this will start coming to an end," said Ernest Urtasun, a Spanish lawmaker in the European Parliament. "The number of distressed borrowers will explode in the coming months."

Banks, however, are hopeful government support, which is being extended around Europe, will help. 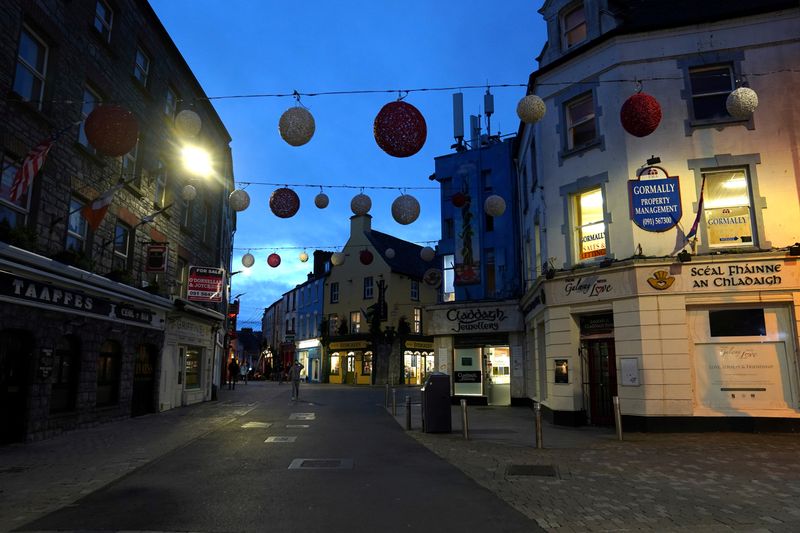 "Withdrawing support to companies and the economy ahead of time is the time bomb," said Miguel Maya, CEO of Portugal's Millenium bcp. "We have to give the economy time to breathe."