On Tuesday, the Oslo-based company pared its demand growth forecast for a second time this year, echoing the dimming outlook painted by top U.S. producer Alcoa (NYSE:AA) Corp. last week. Russian giant United Co. Rusal chimed in with similar comments in a trading update on Friday that warned on aluminum demand for the second half.

“With the turmoil that’s going on now, it’s hard to see how it will play out," Aasheim said in a phone interview Thursday. Asked if she sees aluminum demand bouncing back, she said “not at this point." Hydro owns Alunorte, the world’s largest refinery that produces alumina -- the key raw material for the metal.

Aluminum in London has tumbled 13% in the past year amid mounting concerns trade frictions will dim growth prospects, hurting consumption of the metal used in airplanes, automobiles and beer cans. On Tuesday, the International Monetary Fund said the world economy will expand 3.2% this, weaker than forecast in April and the slowest pace since the financial crisis.

“One thing that hurts global growth over time is uncertainty, it affects peoples’ ability and willingness to do capital investments and at the end of the day affects individuals ability and willingness to consume,” Hydro Chief Financial Officer Eivind Kallevik said in the same interview. “It doesn’t mean that if all trade wars are cleared up tomorrow that it would be a great day the day after, but it would certainly send things in a different direction.”

About 12% off smelters are operating at a loss, while capacity additions in China, the world’s top producer and consumer of the metal, have stalled due to low prices, Rusal said in its second quarter results Thursday. The is despite aluminum being in deficit over the first half.

On Tuesday, Oslo-based Hydro predicted that this year’s aluminum demand will grow by 1% to 2%, compared with a forecast range of 1% to 3% in April. The company cited signs of weakness in some market segments and warned of downside risks to its outlook.

Hydro expects its Alunorte facility in Brazil to boost alumina output to as much as 95% of capacity by December, from a range of 80% to 85% now, Aasheim said. The refinery is close to returning to normal operations after a local court ordered it to cut output to 50% of capacity last year. The company’s legal troubles in the South American nation began in early 2018 when heavy rains allegedly caused waste water to leak into local water supplies. 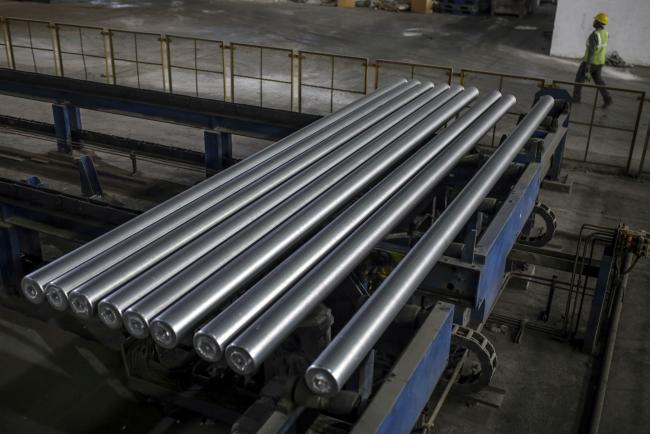