LONDON (Reuters) - Plummeting aluminium prices due to the impact of the coronavirus outbreak on demand are unlikely to persuade producers to immediately cut output as input costs have also fallen, leaving the market with massive surpluses.

Re-starting mothballed plants take a long time and comes with a high cost, and smelters typically avoid closing them even if in the short term they are losing money.

Up to 40% of aluminium smelting costs are accounted for by electricity, which has followed oil prices lower.

The remaining components include carbon and alumina, whose prices have also fallen. While the drop in input costs has supported smelters' margins, it has also helped push aluminium prices to 4-year lows.

"Prices have to be low for a long time before a smelter will consider shutting down. In the first instance they will try to cuts costs, and one way to do that is stop maintenance," Edgardo Gelsomino, head of aluminium research at Wood Mackenzie.

Wood Mackenzie expects to see a surplus of at least 1.5 million tonnes this year compared with a deficit previously.

"There will be production shutdowns this year, but the bulk of cuts will be next year and the biggest adjustments will be in China, where most producers are losing money," Gelsomino said.

China accounted for more than 55% of the nearly 69 million tonnes of metal produced last year, according to data from the International Aluminium Institute (IAI).

Chinese producers are at the high end of the cost curve for producing aluminium, alongside Australia and Europe.

"Aluminium-producing countries such as Russia, Canada and Norway also produce oil. When the oil price falls, their currencies depreciate against the dollar and that results in lower costs," said CRU analysts Lais Santos.

Weaker local currencies in countries such as Canada cut labour bills and the price of materials bought locally in terms of dollars, in which aluminium is priced.

CRU forecasts a 4 million-tonne surplus this year and expects aluminium demand to shrink by 7.9%.

Much of that drop is because of the auto sector, where sales and production have plunged.

"The collapse in demand which was seen in China is set to be repeated globally, and to date the full impact of this is yet to be felt in physical markets," Citi analysts said in a note.

Citi expects aluminium prices to drop to $1,450 a tonne in the short term, sees a 2.7 million tonne surplus this year and forecasts a 6.2% global demand decline.

Some of the surplus for this year is already finding its way to warehouses monitored by the Shanghai Futures Exchange, where inventories at 528,072 compare with levels below 189,000 tonnes at the start of the year.

In LME approved warehouses, stocks at 1.13 million tonnes have climbed more than 10% since the middle of March.

Expectations of surpluses to come can be seen in the discount for the cash against the three-month contract on the LME, which has tripled to more than $30 a tonne in early March. 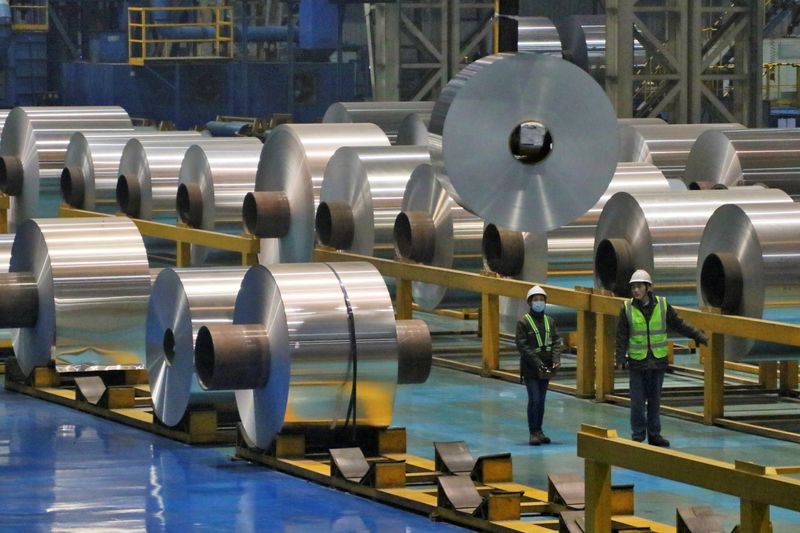