Johnson tells Germany and France: do a Brexit deal

Johnson tells Germany and France: do a Brexit deal 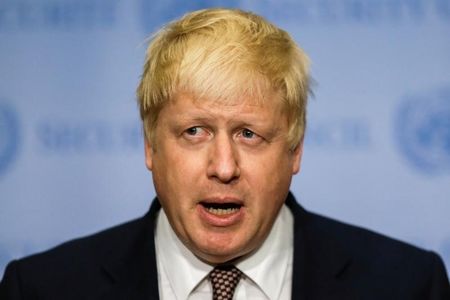 By Peter Nicholls and William James

TRURO, England/LONDON (Reuters) - Prime Minister Boris Johnson called on France and Germany on Monday to change their position on Brexit and negotiate a new exit deal for Britain, reiterating his stance that he is ready to leave the European Union without a deal if they do not.

With Britain set to leave the bloc at the end of October, it has less than 74 days to resolve a three-year crisis that is pitting the country against the EU, and parliament against the executive.

"We will be ready to come out on Oct. 31 - deal or no deal," Johnson told reporters in Truro, southwest England.

"Our friends and partners on the other side of the Channel are showing a little bit of reluctance to change their position - that's fine - I am confident that they will," he said.

Asked specifically about meetings scheduled this week with German Chancellor Angela Merkel and French President Emmanuel Macron, he said: "I hope they will see fit to compromise."

Johnson took office last month after his predecessor, Theresa May, failed three times to get parliament to approve the withdrawal deal she had negotiated with the EU.

Despite his insistence that Britain will leave in October with or without a transition deal, a majority in parliament have previously tried to prevent a so-called no-deal Brexit. Johnson's calls for the EU to renegotiate the deal have so far been rejected by the bloc's negotiators.

That puts Britain on course for an unmanaged exit, which an official assessment published by the Sunday Times said would jam ports, increase the risk of public protests and severely disrupt the world's fifth-largest economy.

The government said on Monday it would end EU freedom of movement immediately if it leaves the bloc without a deal, prompting concern from business and citizens rights groups about the uncertainty that would create.

The risk of the return of a hard border between the British province of Northern Ireland and EU member Ireland is also a key concern in the event of a no-deal, and Johnson spoke to his Irish counterpart Leo Varadkar by phone for almost an hour on Monday, agreeing to meet in Dublin in early September.

In his first foreign trip as prime minister, Johnson will meet Merkel in Berlin on Wednesday and Macron in Paris on Thursday.

The European Commission, which is leading negotiations on behalf of France, Germany and other EU members, said it was ready for a no-deal Brexit and that Britain would suffer most under such a scenario. On Sunday Merkel said Germany would be prepared whatever the outcome.

Ministers in Johnson's Conservative government have played down the leaked no-deal assessment on Sunday, saying the document was old and did not reflect increased funding and planning undertaken by the prime minister since he took office.

They accuse the opposition Labour Party and others who are opposed to a no-deal Brexit of undermining negotiations with the EU, saying European leaders will wait to see if parliament can block such an outcome before deciding whether to renegotiate the deal.

While Johnson looked ahead to a week of foreign engagements, which includes a G7 meeting in France attended by U.S. President Donald Trump on Saturday and Sunday, he faced increasing pressure at home to recall parliament from its summer break to urgently debate the Brexit crisis.

Lawmakers are already fretting that they do not have enough time to stop a no-deal Brexit, and they have yet to agree on a unified approach, which badly damages their chances of success.

Labour leader Jeremy Corbyn joined calls for parliament to be recalled, saying during a speech in Corby, central England that "We will do everything to stop a no-deal Brexit".

He said Johnson must not be allowed to use parliamentary procedure to block discussion of the country's future, referring to concerns that Johnson could suspend the legislature until after Oct. 31 or delay a national election even if his government fell before that date.

"We do support the recall of parliament in order to prevent the prime minister having some kind of manoeuvre to take us out on the 31st of October without any further discussion in parliament," Corbyn said.

His comments added weight to a demand made on Sunday, signed by more than 100 lawmakers, for a parliamentary recall to discuss what they called a "national emergency".

Parliament is currently not due to sit until Sept. 3, when it will reconvene for a short session before breaking up again to allow for annual party conferences.

A government source said Michael Gove, the minister in charge of co-ordinating no deal preparations, would give a statement to parliament as soon as it returns, updating them on the latest progress. He would commit to give regular updates, the source said. 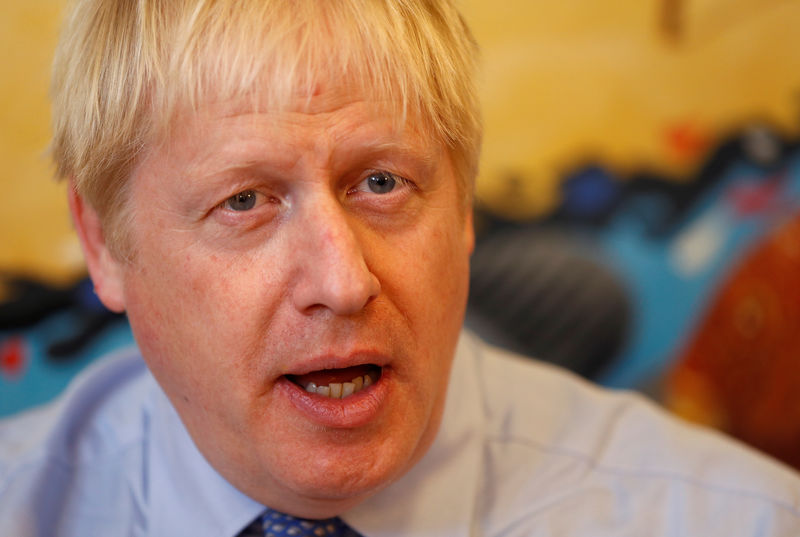 Labour wants to bring down Johnson's government and form its own emergency coalition under Corbyn's leadership to delay Brexit. Other opponents of a no-deal Brexit have balked at supporting a plan that would put Corbyn in charge.

This should have been the negotiating position in 2016 but we were subjected to the appeasement of remainers by remainer politicians.  ... (Read More)

I voted leave. I new what i voted for and will be happy when it happens on Oct 31. If Germany and France do not want to renegotiate then fine, I would rather that the UK was a free nation then a nation locked into a European state.  ... (Read More)

If they dont negioate then i will jot holiday in europe or buy euro goods  ... (Read More)

a Marxist call will never heard in the UK, believe me  ... (Read More)