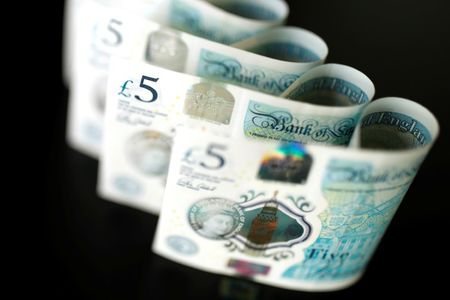 Investing.com - Sterling was under pressure on Monday after Speaker of the House of Commons John Bercow said there would be no vote on the latest Brexit deal as Prime Minister Boris Johnson had hoped.

The deal was effected defeated over the weekend with the approval of an amendment and Bercow said voting on the matter on Monday would be "repetitive and disorderly to do so" as it is the same in substance as the vote on Saturday.

Johnson had made a deal with the EU last week in the hopes of leaving the bloc on Oct. 31. But due to legislation passed on Saturday, he had to send a letter to the EU asking for yet another extension. That letter was followed by a second letter in which he said a delay would be a mistake. Johnson has previously said he would “rather be dead in a ditch” than ask for an extension.

Meanwhile, the U.S. dollar was flat as trade developments were monitored.

White House economic adviser Larry Kudlow told Fox Business that tariffs scheduled for December could be withdrawn if trade negotiations go well. His comments follow positive trade chatter over the weekend, with Chinese Vice-Premier Liu He saying on Saturday that "substantial progress" had been made in talks and argued that ending the trade war will benefit both the U.S., China and the world.

Meanwhile, U.S. President Donald Trump said he hoped the deal would be signed by the Asia-Pacific Economic Cooperation meeting in mid-November, and that he was confident it would stop the introduction of more tariffs.

The U.S. dollar index, which measures the greenback’s strength against a basket of six major currencies, was flat at 97.030 while the safe-haven Japanese yen fell, with USD/JPY gaining 0.1% to 108.52.