Forex - Euro Hovers Near 2-Week Low Ahead of ECB Decision

Forex - Euro Hovers Near 2-Week Low Ahead of ECB Decision 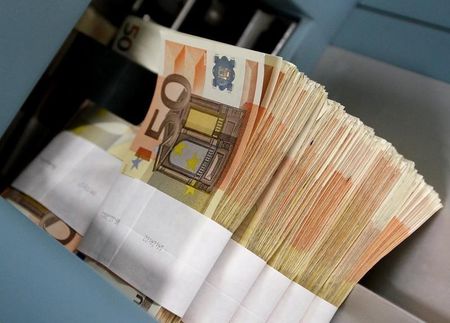 Investing.com - The euro hovered near two-week lows against the U.S. dollar in early European hours on Thursday, as investors looked ahead to the European Central Bank's policy meeting later in the day.

The central bank is expected to slash growth forecasts and give its strongest signal yet that fresh stimulus is coming in the form of more cheap loans.

"The euro has come under pressure in anticipation of the ECB's policy meeting, with many traders expecting a dovish tilt from the central bank," said Yunosuke Ikeda, chief forex strategist at Nomura Securities.

"I think ECB could hint that it is mulling a fresh round of TLTROs, but expect the bank will make no changes to its forward guidance and repeat that rates would remain at present levels at least through the summer."

Meanwhile, the U.S. dollar index, which measures the greenback’s strength against a basket of six major currencies, was little changed at 96.82.

The British pound trod water at $1.3165 amid ongoing worries about next week’s parliamentary vote on Brexit.

Among other G10 currencies, the Canadian dollar held near the prior session's two-month low as traders increased bets that the Bank of Canada (BoC) will hold off on raising interest rates this year.

The BoC on Wednesday said there was "increased uncertainty" about the timing of future rate hikes as it held interest rates steady at 1.75% as expected.

The Australian dollar also stayed near its lowest level in two months after data showed that retail sales rose 0.1% in January, less than an expected 0.3% increase, reinforcing evidence of slowing domestic momentum and backing market expectations for a rate cut this year.