(Reuters) - London-listed companies with exposure to the domestic economy retreated on Monday after last week's dramatic surge amid signs that more work was needed to sort out a Brexit deal, while cybersecurity firm Sophos surged 38% after a buyout offer.

The FTSE 250 (FTMC) shed 1.2%, handing back part of the more than 4% gain it had recorded in the previous session, which was its best in nearly a decade.

Britain and the European Union said over the weekend that a lot more work would be needed to secure a Brexit agreement.

JP Morgan's UK domestic plays index , tracking about 30 UK stocks that make all or most of their revenue at home, pulled back nearly 2% after jumping almost 8% in the previous session.

"The weekend mood music from EU leaders appears to have gone some way to puncturing some of the optimism about the prospects for a quick solution," CMC Markets analyst Michael Hewson said.

The main index was also hurt by a drop in miners (FTNMX1770) after disappointing imports and exports data from top metals consumer China.

Mid-cap Sophos Group (L:SOPH) scaled its highest level in more than a year at 586.8 pence, after private equity firm Thoma Bravo said it would take the company private in a 583 pence per share deal.

Sentiment around the U.S.-China trade situation also tempered somewhat after a rally in global stocks last week on signs of progress in negotiations that culminated with President Donald Trump outlining the first phase of a deal and suspending a threatened tariff hike.

"The 'Phase I' deal did not really address the most sensitive issues in the trade dispute... The deal also didn't remove any of the existing tariffs on Chinese imports," said Hussein Sayed, Chief Market Strategist at FXTM.

"If you're a U.S. or a Chinese business, such developments will not help deciding on your future plans. That's why I like to call the current agreement a trade truce rather than a trade deal."

Shares of online grocer Ocado (L:OCDO) skidded 3.7%, as a pullback in Brexit optimism was compounded by a rating cut and bearish view from JP Morgan. 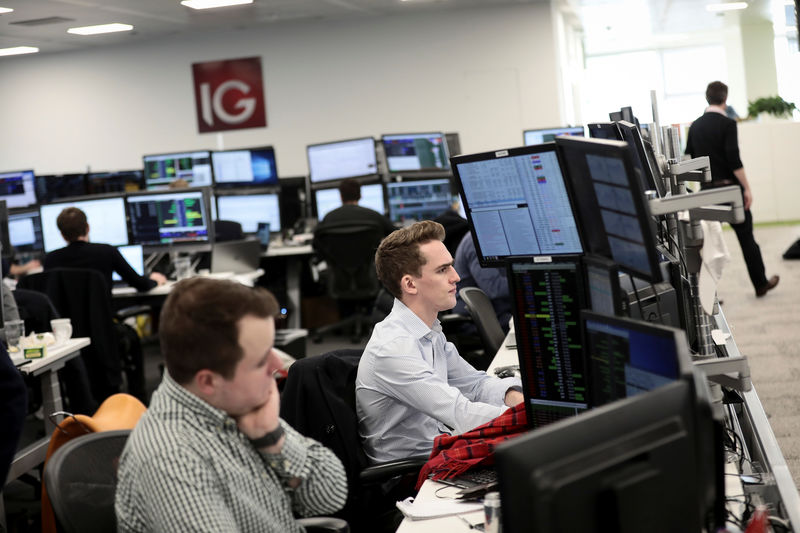 Royal Mail (L:RMG), relegated to the FTSE 250 earlier this year, slipped 4% after a report that the company was facing the threat of an employee strike over Christmas.