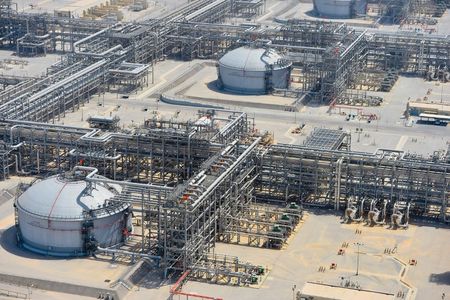 Investing.com -- Saudi Arabia updates the world on the outlook for restoring lost oil supplies, while the Federal Reserve begins a two-day policy meeting that's still - just - expected to end in what would be the second 25 basis-point cut in the target range for Fed funds this year. And there's mixed news on the IPO front. Here's what you need to know in financial markets on Tuesday, 17th September.

1. The world waits for Saudi Arabia

Saudi Arabia is due to update the world on how long it will take to restore oil production and exports to their usual levels in the wake of the attacks on key energy infrastructure at the weekend.

National oil company Saudi Aramco is due to hold a press conference at 1:15 PM (1715 GMT), according to agency reports.

Oil prices have stabilized overnight, as the world digests the constructive ambiguity in Monday’s statement by the Saudi authorities that stopped short of explicitly agreeing with the U.S. in blaming Iran directly for the attack. The lack of a common line makes an immediate armed response less likely, analysts say.

It’s not usual for the Federal Reserve to be upstaged, but its two-day policy meeting will start later against the backdrop of fading hopes for an interest rate cut.

A 25 basis-point cut in the target range for Fed funds had appeared a nailed-on certainty until last week, when the trade clouds started to lift and economic data showed the U.S. consumer was still alive and kicking.

The spike in oil prices has further muddied the waters, inasmuch as it will create some short-term inflationary pressure (and support economic activity from Texas to North Dakota through the oil and gas industry). According to Investing.com’s Fed rate monitor tool, markets now see less than a two-thirds chance of a cut when the meeting winds up on Wednesday.

Data out later Tuesday on industrial and manufacturing output, and on house prices, will just be in time to have some input on the Fed’s thinking.

Wall Street is still in risk-off mode due to the spike in oil prices and accompanying geopolitical worries. However, major stock indices are indicated to open only modestly lower.

After the bell Tuesday, there will be earnings from Adobe (NASDAQ:ADBE), newly-listed online petfood vendor Chewy (NYSE:CHWY) and, most notably, bellwether stock FedEx (NYSE:FDX), the last of which is more directly exposed than most to the latest developments in oil prices.

Softbank risks crystallizing a substantial loss if and when The We Company comes to market, having agreed to invest over $10 billion in the company so far, most of it at a much higher valuation that now seems achievable in public markets. Bloomberg reported that the targeted valuation may be as low as $15 billion when the deal finally comes – which may still be as early as next month.

There was more upbeat news on the IPO front from Anheuser Busch Inbev (BR:ABI), which is reportedly relaunching the IPO of its Asian business – a move that will help cut one of the world’s biggest corporate debt loads. The Wall Street Journal reported that it’s now looking to raise up to $4.84 billion via a deal that would value the Asian business at up to $50.7 billion.

Apple’s (NASDAQ:AAPL) attempts to get the biggest tax bill in European history overturned reached the EU’s top court on Tuesday.

A final ruling on Apple’s appeal from the European Court of Justice isn’t expected for months, but will be worth waiting for, as it will set the tone for relations between the EU and the U.S.’s tech giants for the next five years. Margrethe Vestager, the Danish politician who greatly expanded the scope of the EU’s powerful antitrust watchdog with her forays into national tax policy, was re-nominated as antitrust commissioner for a new five-year term earlier this month.