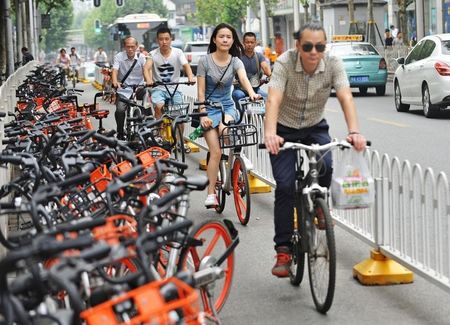 (Bloomberg) -- Hangzhou Hikvision Digital Technology Co. warned it may lose customers in overseas markets because of its U.S. blacklisting, underscoring the extent to which curbs on the sale of American technology may hurt the world’s largest video surveillance business.

Executives at the Chinese camera provider, which reported profit in line with estimates, said clients may hold off on purchases while they gauge the impact of those restrictions. But the company is large enough to withstand U.S. sanctions and develop its own technology in the longer term, they said. Its own home market remains a rich vein of revenue as the U.S. business shrinks, a trend that may persist, Huang Fanghong, a Hikvision senior vice president, said on a call Saturday. Its shares gained as much as 5.4% Monday -- the most in more than a month on an intraday basis.

Hikvision found itself in the cross-hairs of the Trump administration this month after it joined other Chinese companies -- including Huawei Technologies Co. -- on an Entity List that prevents American firms from supplying it with components and software. The seller of video cameras used around the world in surveillance was accused of involvement in human rights violations against Muslim minorities in the far-western region of Xinjiang. On Monday, brokerages including Citigroup (NYSE:C) and CICC cut their projections on Hikvision’s 2020 earnings growth.

“While management says they expect the worst is over, we believe some customers may have concerns on the impact of the Entity List,” Citigroup analysts wrote.

Hikvision executives say they had anticipated the action and stockpiled enough key parts to keep operations going for some time. The company has also said it didn’t foresee major impact on its business as a result of the ban.

In Huawei’s case, for instance, some suppliers including Intel Corp (NASDAQ:INTC). and Micron Technology Inc (NASDAQ:MU). developed workaround solutions to the prohibition. Most of Hikvision’s American suppliers are continuing to do business with it, while abiding by export regulations and without the need for special licenses, according to Huang.

“We have made a great deal of preparations, from a year ahead of the ban,” Huang said. “There’s no way for us to fully discuss the impact from the entity list in 10 days. We need more time to talk to our suppliers and customers. A steady component supply is key in this process, no matter if we decide to use original materials or a replacement design.”

The U.S. decision, which came on the eve of sensitive trade negotiations, takes President Donald Trump’s economic war against China in a new direction: the first time his administration has cited human rights as a reason for action. It deals a potentially heavy long-term blow against Hikvision, which has steadily switched to Chinese-made components in recent years but still relies on the likes of Intel, ON Semiconductor Corp. and Texas Instruments (NASDAQ:TXN) Inc., particularly for higher-end chips.

Still, as much as 80% of Hikvision’s sales are insulated from the U.S. ban, analysts Charles Shum and Simon Chan of Bloomberg Intelligence wrote in an Oct. 8 note.

“Hikvision’s sales may continue to rise over the next year despite the Trump administration’s decision,” they wrote. “It can also source alternative parts, though with a weaker performance, from local suppliers in the medium term.”

Hikvision reported Friday that net income grew 17% to 3.81 billion yuan ($538 million) in the September quarter, while revenue grew 23%. The company forecast growth of 5% to 20% in net income this year.

Hikvision was added to the Entity List alongside SenseTime Group Ltd. and Megvii Technology Ltd., two giant enterprises Beijing is counting on to spearhead advances into a revolutionary technology. Hikvision doesn’t play as outsized a role in China’s ambitions but it’s a key partner to Beijing as well as governments around the world. Its cameras are used from Paris to Bangkok and Urumqi, and are considered pivotal to crime prevention as well as helping build “smart cities” or networked urban environments.

Longer term, U.S. sanctions threaten to crimp some of the explosive growth Hikvision has managed this decade, in large part due to China’s effort to put in place the world’s largest surveillance and monitoring network. The company may find itself short of the components it needs to build advanced systems, unless Chinese chipmakers succeed in developing more advanced chips -- another of Beijing’s stated policy ambitions in tech.

Thanks to cheap but capable cameras, the Chinese company has enjoyed double-digit growth over the past eight years. Demand for its surveillance cameras, video storage and data analysis services has boomed particularly in its home market. Overseas, the company competes against Canon, Hanwha Techwin and Bosch.

(Updates with shares and analysts’ actions from the second paragraph)

To contact Bloomberg News staff for this story: Gao Yuan in Beijing at ygao199@bloomberg.net

To contact the editors responsible for this story: Edwin Chan at echan273@bloomberg.net, Colum Murphy 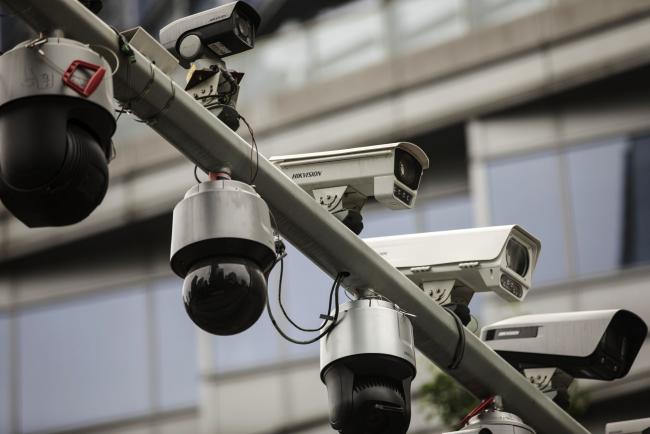