By Cynthia Kim and Tom Westbrook

SEOUL/SINGAPORE (Reuters) - South Korea's stock market has bounced back harder amid the coronavirus pandemic than any other major bourse in the world, and bond inflows lead Asia, as investors bet Seoul's handling of the crisis will see it through sooner and stronger than others.

Asia's fourth-largest economy is among the first countries to bring a major outbreak of the virus under control, with a vigorous without mandatory lockdowns or a gigantic debt-funded rescue package.

With one of the world's most vigorous testing regimes and social distancing campaign in place, South Korea's confirmed cases of the virus have been kept to less than 11,000 so far, with 240 deaths.

That has foreigners buying bonds at a clip for their reliable yield, while the benchmark Kospi stock index has soared by nearly a third from March lows as investors, from dabblers to institutions, buy into the recovery ride.

"It is one of the examples of managing the crisis really well," said Esty Dwek, head of global market strategy at $1 trillion French fund manager Natixis Investment Managers.

"We think it'll be one of the winners, along with emerging Asia, compared to other regions that are likely to suffer much more," she said. "It is one of the areas (to which) we've moved some money only a few weeks ago."

The Kospi index (KS11) is up 31% from a low point hit on March 19, a performance matched only by smaller Thailand, and bettered only by Argentina's S&P Merval (MERV), which is less than 1% of the Seoul market's size by value. The jump has come even as South Korea's exports have cratered and the economy has contracted.

South Korean bonds posted a third straight month of inflows in March, attracting $3.6 billion in a month when Asian bonds as a whole had the biggest foreign outflows in seven years.

"Simply put, there is no other emerging country with similar credit rating, that can yield this much return," said Shin Hwan-jong, head of fixed income at NH Investment and Securities in Seoul.

A 6% slide in the Korean

So far it is working: Authorities are hoping to see daily new cases drop to zero in the coming days, after falling below 10 in the past week. In Seoul, shoppers are back in malls and residents are out and about enjoying spring weather and the tail-end of the cherry blossom viewing season.

"Within the region, there's a few gold standard performers: South Korea, Australia and New Zealand all stand out," said George Boubouras, head of research at K2 Asset Management in Melbourne.

"A lot of APAC (Asia-Pacific) portfolios can benefit from those exposures," said Boubouras, whose Asia-focused fund has been adding to its position in Samsung Electronics (LON:0593xq) Co Ltd (KS:005930) recently. Shares in the tech giant have bounced back about 17% from March lows.

Risks do remain high, though, as the rebound has been sentiment-driven. South Korea's exports fell 27% over the first 20 days of April year-on-year and the economy suffered its sharpest contraction since 2008 in the first quarter.

At Natixis, Dwek is concerned low "herd immunity" may leave the country vulnerable to a second wave of infections.

The won remains soft and Boubouras believes the "growth", rather than "value", profile of many of South Korea's companies makes them shakier investments than Australian stocks. Australia's BHP Group Ltd (AX:BHP) this week held its outlook steady, he noted, as iron ore demand from major buyer China has strengthened in recent weeks.

"South Korea has a preponderance of companies that are facing temporary cyclical headwinds," he said. "It's hard to see the earnings growth and business momentum improving."

Nevertheless, the signals from the stock, bond and currency markets are positive and ratings agencies say the country is in good stead to weather a storm.

South Korea entered the crisis with low debt, and its rescue package so far requires fiscal spending of about 2% of gross domestic product, compared with 11% in the United States and about 10% in Australia, which had its ratings outlook downgraded by S&P. 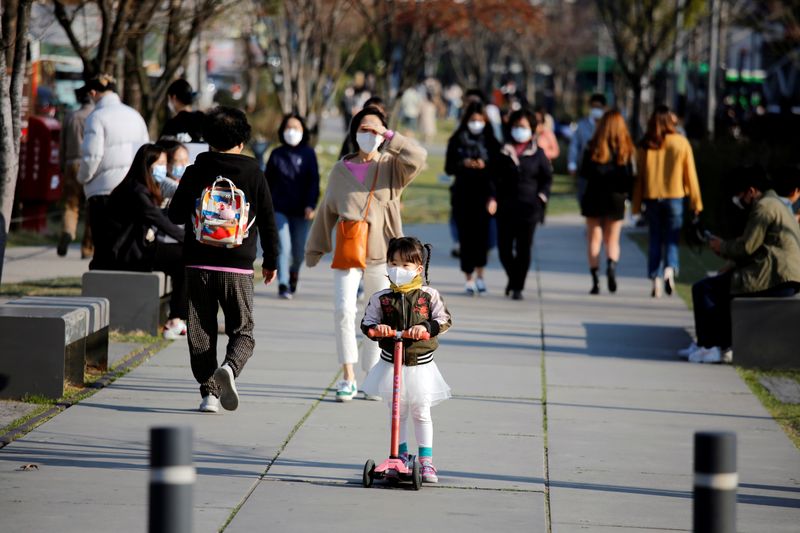