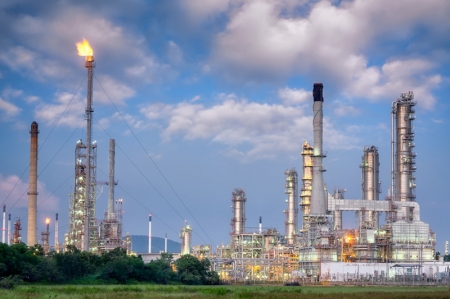 Investing.com -- Crude oil prices traded sideways Tuesday as the market waited for Saudi Arabia to provide details about the extent of damage to key infrastructure which was hit by missile attacks at the weekend.

Saudi Arabia’s new energy minister, Prince Abdulaziz bin Salman, is set to hold a press conference at 1:15 PM ET (1715 GMT), against a backdrop of reports suggesting that the kingdom will take longer than it first thought to replace the capacity that was knocked out at the crude processing complex at Abqaiq.

Abqaiq’s main function is to remove sulfur and vapor from the oil produced at the country’s biggest fields to prepare it for shipping by tanker. The complex processes 7 million barrels a day of crude, according to S&P Global Platts.

The attacks affected an estimated 5.77 million barrels a day of output, directly and indirectly. While the kingdom has said it can activate some of its spare capacity at offshore fields, and is ready to mobilize its strategic reserves, that hasn’t been enough to allay fears of a serious shortfall on the global market if there is a prolonged outage.

Crude futures had their biggest one-day gain ever in percentage terms on Monday but stabilized overnight as it became clear that there would be no direct retaliation against Iran, which the U.S. has blamed for the attack. Saudi Arabia has so far not endorsed U.S. analysis, even though the kingdom did say on Monday that the weapons involved were Iranian. Houthi rebels in Yemen repeated their claim of responsibility for the attacks on Tuesday.

While the lack of escalation is capping the geopolitical risk premium currently embedded in prices, the attacks have raised profound questions about the vulnerability of Saudi Arabia’s energy system, which could in turn lead to structurally higher risk premiums in future.

The drama in the Gulf is likely to overshadow the regular update on the U.S. market later Tuesday when the American Petroleum Institute releases its weekly data. Analysts expect U.S. crude inventories to have fallen by 2.9 million barrels last week. Official government data will be released on Wednesday.