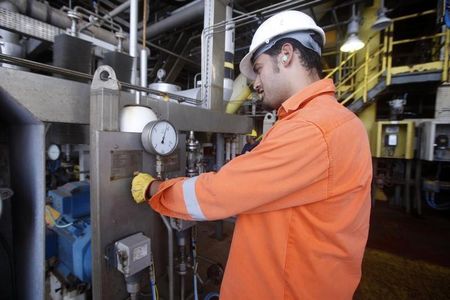 Three Aframax vessels that can carry about 750,000 barrels, and one supertanker that can hold about 2 million barrels of crude, have been chartered by Unipec tentatively, according to a shipping source and Refinitiv Eikon data.

The attack on Saudi oil facilities on Saturday knocked out half of Saudi Arabia's oil production, or 5% of global output, sending prices soaring and setting off a flurry of inquiries for export cargoes out of the U.S. Gulf Coast in anticipation of a prolonged outage.

Imports of U.S. oil into China soared in August, ending the month at 505,000 bpd as Chinese purchasers likely rushed to import U.S. oil ahead of a 5% tariff that came into effect this month, analysts at Kpler said on Monday.

This week, Unipec chartered Aframaxes FSL Piraeus, Philotimos and Searanger along with the Very Large Crude Carrier (VLCC) New Solution, after the attacks, according to the source and Refinitiv Eikon data.

Unipec's new shipments came to light as the window to profitably ship U.S. crude on supertankers to Asia and Europe narrowed significantly on Tuesday, quelling the sharp rise in Gulf Coast chartering inquiries.

Freight rates for VLCCs from the U.S. to Asia had jumped following the Saudi attacks, to between $7 million to $8 million per vessel, shipbrokers said. Chartering for smaller classes of oil tankers was still active, the sources added.

The spread between U.S. crude and global benchmark Brent narrowed to $5.55 a barrel on Tuesday after hitting the widest in nearly two months a day earlier.

Futures dropped following a Reuters report that Saudi output might return fully within a few weeks, faster than anticipated, according to a top Saudi official. China imports more Saudi crude oil than any other nation, averaging 1 million barrels per day (bpd).

As the spread narrowed, U.S. cash crude differentials weakened. West Texas Intermediate (WTI) crude at Midland, Texas, considered the nation's flagship crude, traded at parity to U.S. crude, down from a 75-cent premium on Monday. Coastal grade WTI at East Houston, or MEH, fell to a $3.25 a barrel premium, down $1 from Monday.