Central banks looking for ways to keep credit flowing as interest rates remain low are scrutinizing the yield curve control pioneered in recent years by the Bank of Japan.

The Japanese central bank keeps the yield on its benchmark 10-year government bond near zero by buying them when the yield trends upward. Yields move inversely to price, so the purchases raise the price and lower the yield. 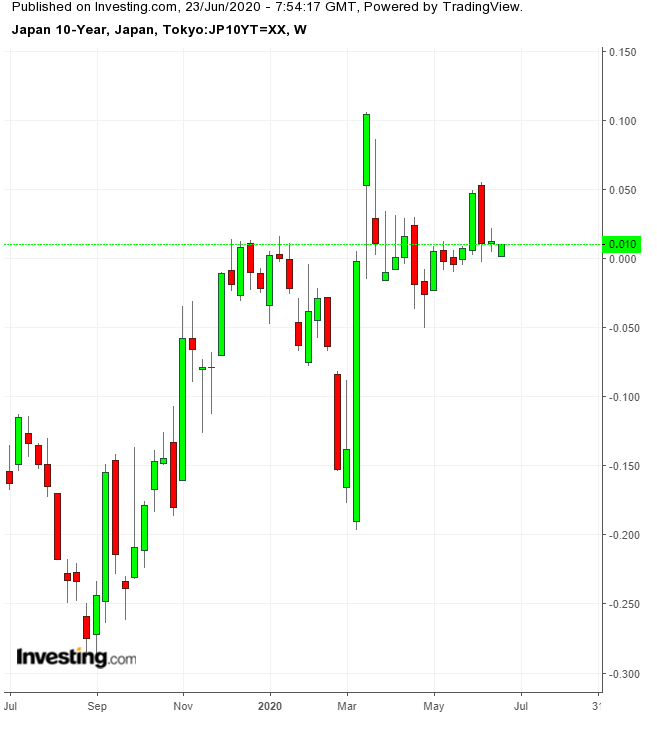 Now the Bank of England and the US Federal Reserve are looking at yield curve control as an alternative to the negative interest rates used at the European Central Bank.

In Japan, the effect of anchoring the 10-year bond is to steepen the yield curve as longer-dated bonds are free to fluctuate with demand. However, the BOJ also uses forward guidance when necessary.

Governor Haruhiko Kuroda said last week after the monetary policy meeting that the central bank viewed “excessive declines” in 20- and 30-year bond yields as “undesirable.” The next day, investors dutifully ticked up the yield on the super-long bonds by a basis point.

In fact, analysts increasingly are looking for steeper yield curves in government bonds, as central banks concentrate their purchases on the shorter end and coronavirus spending increases the supply of long-term bonds. Traders are using curve steepeners—buying shorter-term bonds and shorting longer-term bonds—to take advantage of this phenomenon. 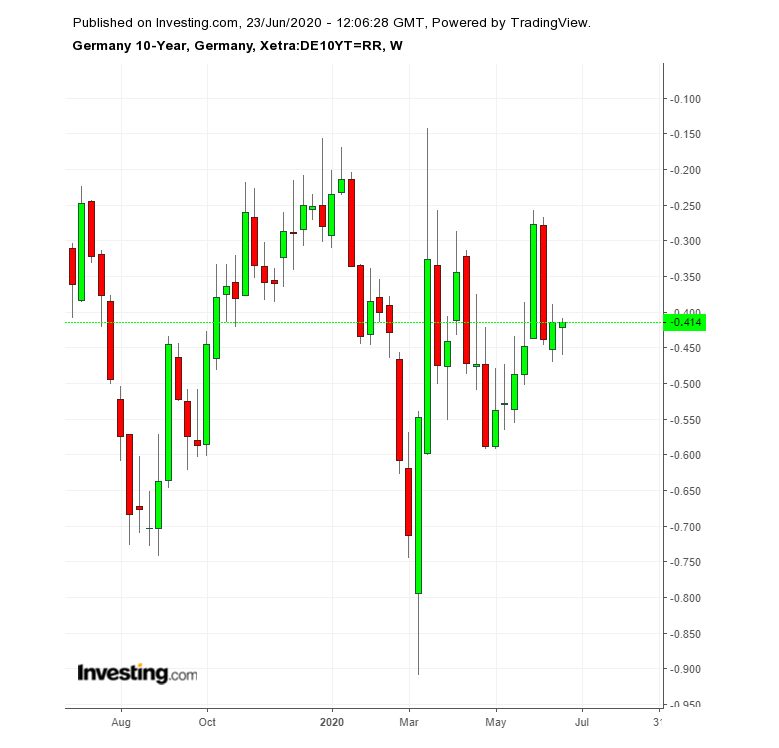 Government stimulus spending in Japan is set for some ¥234 trillion ($2.2 trillion), representing 40% of GDP, with new bond issues providing the additional funds. As the BOJ controls the yield of 10-year bonds, traders will pair them with the 30-year in curve steepeners.

How Much Debt Would Be Crushing?

This is just one of the anomalies in the JGB market. Another: Japan’s government debt has reached such considerable proportions—about 250% of annual GDP—that economists fear it will crush the Asian nation's economy. Still, they have predicted that for years, saying Japan cannot defy the law of gravity forever.

However, just how much debt, and under what circumstances it will crush an economy, is now subject to debate after decades of an orthodoxy that sought to limit debt to 60% of GDP or some other number that increasingly seems random and hardly absolute. In other words, this supposed gravity may not be a natural law.

The JGB market gets much of its support from another anomaly—some 90% of the bonds are bought by domestic investors, including many retail investors and risk-averse institutions which prefer the stability of the government bonds to riskier assets with higher returns.

At any rate, the Japanese are easily leading in the debt sweepstakes. The US and Europe are just now pushing deficits and debt to new heights, spending trillions to cope with the coronavirus pandemic.

Significantly, far from being a pariah with its stratospheric debt, Japan is one of the safe havens sought by investors when markets are in turmoil. New outbreaks of COVID-19 in China and the prospect of a second wave in Asia already have shifted international investment sentiment toward the yen and JGBs.

This drove prices on Japan's 10-year bonds a tick higher on Monday, as the yield slipped a half basis point to 0.005%. Yields also fell on the 20-year bonds while 30-year yield was steady.

Though it may be peculiar, the JGB market gives us a clear idea of where government bond markets worldwide are likely headed, and perhaps even what the new normal in this arena might soon be.