What's Behind The Current Bitcoin Spike (And Will It Last)?

What's Behind The Current Bitcoin Spike (And Will It Last)?

Bitcoin (BTC), the most highly valued cryptocurrency by market cap, appears to have finally come back to life, after it collapsed into a swoon that lasted from late 2017 through all of last year. Trading under $4,000 per token just a few weeks ago, Bitcoin has surged, now over $8,000 at the time of writing. And it's pulling other cryptos, including Ethereum, XRP, Bitcoin Cash, EOS and Litecoin along with it. 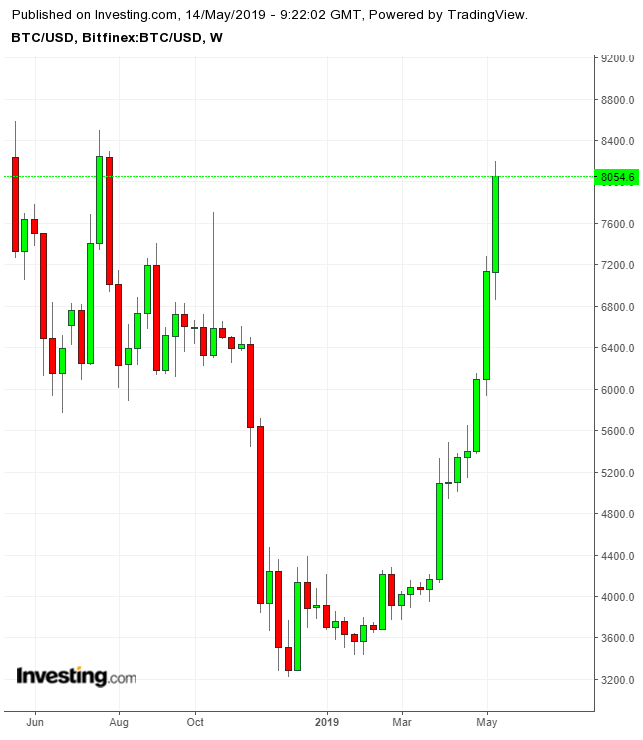 Investors familiar with this highly volatile digital asset class will likely be aware that this latest spike could be short-lived. It might be worth taking a step back to try and figure out what's triggered the move.

There is some speculation that the escalating trade dispute between China and the U.S. is playing a role in driving investors toward BTC. Risk-off attitudes toward equities because of this global headwind could have triggered the revival, with yesterday's precipitous global stock decline adding to the Bitcoin momentum.

Lars Seier Christensen, former CEO of Saxo Bank and founder of Concordium, has successfully profited from BTC trading. He notes:

“There does seem to be a correlation between increased Chinese trade tension, and higher Bitcoin prices. Apparently, some Chinese investors move into Bitcoin at times where they're worried about US-Chinese trade relations.”

He also points out that the share of total investors in the crypto market cap is now nearing the late 2017 highs of 60 percent. But over the long-term Christensen remains skeptical of this current Bitcoin move.

“This [spike] seems to indicate that it is more of a knee-jerk move into Bitcoin and less of a broad-based crypto rally. I have my doubts about how far it can go. I would expect another BTC top before too long, but it is clear that the crypto winter is coming out of deep freeze which can only be a good thing for the whole industry.”

Unlike many, however, he doesn't perceive the cryptocurrency as the much touted ‘Gold 2.0.’ Barring that status, Christensen adds, Bitcoin does not have a lot going for it except the early mover advantage, which rarely lasts forever.

Bulls and Bears At It Again

Alex Mashinsky, CEO of Celsius Network, takes a different view. He believes all the recent activity is just Bitcoin bulls and bears at it again. He references the skirmish that occurred on April 1 when over $500 million worth of short positions in the cyrptocurrency were wiped out in a few hours as proof.

Since then, many deniers tried to re-enter their short positions all the way up to the recent highs of $7,400, believing this is just another blip on the way down to zero.”

What we've been seeing over the past few weeks, says Mashinsky, is a ‘global surge,’ indicating that a lot of fresh capital from all over the world has been pouring in because of FOMO [fear of missing out].

Others are attributing the latest spike to the fact that bigger players are now entering positions in the asset class. Alex Frenkel, VP of product at Kin says the continuous investment into crypto by big VCs like Andreessen-Horowitz and investment by tech giants such as IBM (NYSE:IBM) and Facebook (NASDAQ:FB) is behind this recent rise.

“This positive trend makes a lot of sense based on the above.We believe that in the future we’ll have a lot of consolidation in this space and many tokens are going to disappear, but when all the dust clears there will [still] be a few huge that are huge.”

Whales Coming Out to Play?

“The crypto market is dominated mainly by ten big whales or privates. They are massive in the market and take up a lot space and volume so if you take the top 10 or even 50 you will have a lot of the volume covered already. It is too easy to manipulate the market so far.”

The term whales is used to describe holders of huge cryptocurrency positions. Nevertheless, Wimmer disagrees with widespread rumors that the large institutional players are entering the space and driving the most popular tokens higher. He points out that rising crypto crime and exchange hackings have put off institutional investors.

Any or indeed all of the above catalysts could be driving the current price action. Whatever the cause, it pays to remember that Bitcoin and its peers have a history of wild whipsaw swings in either direction. 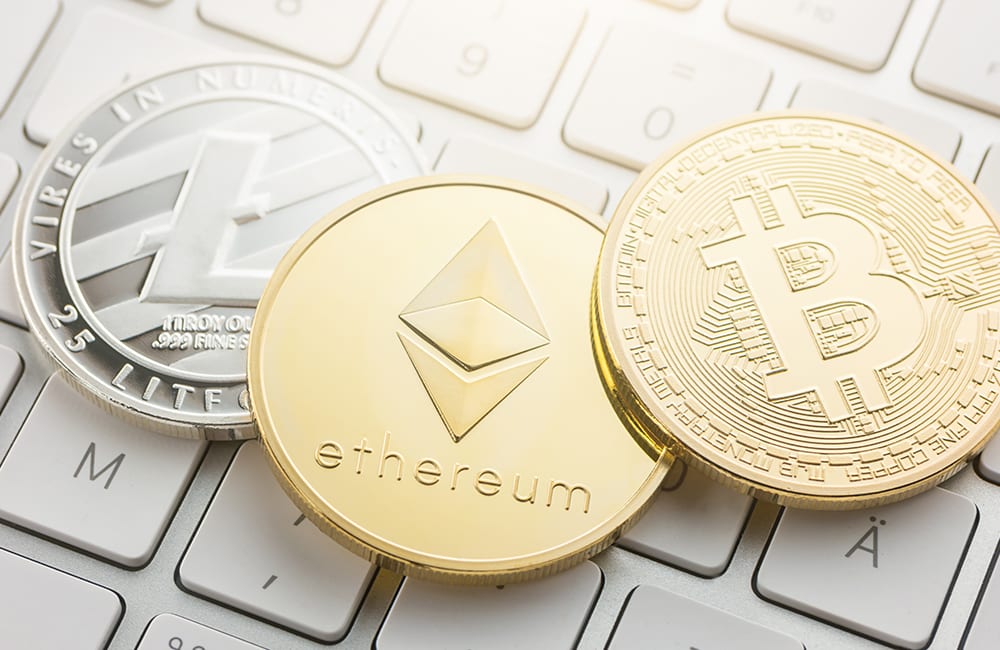 I believe the period for the &quot;crypto bear&quot; is speedily approaching. just buckle in and be ready.   ... (Read More) 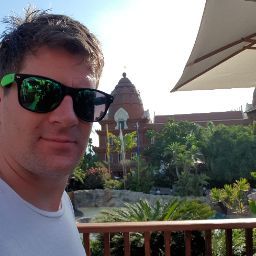 my thoughts are that the hacks are the reason why. The market has to make the money lost back. otherwise investors will take their trade elsewhere.   ... (Read More)