The European Central Banks (ECB) is trying its best to stimulate the eurozone economy with a variety of asset purchase programs, but it has a much harder job than the US Federal Reserve in this regard.

Whereas the Fed has a deep and liquid bond market to work with, including the $20 trillion in outstanding Treasury securities, the ECB must do with Europe’s underdeveloped bond markets.

Germany, the biggest economy in the bloc, has prided itself on not having to issue new debt in the past several years and all eurozone countries are constrained in their borrowing by the limits on public debt and budget deficits imposed by adherence to the single currency.

This year is different, of course, because of the impact of the COVID-19 pandemic on national economies. Germany is running a budget deficit and borrowing more in 2020, but its debt is still below the 60% ceiling prescribed in the Stability and Growth Pact.

Italy, on the other hand, is more than double its allowable limit with public debt at 134% of GDP. The country has been admonished to trim that debt by keeping its annual budget deficit below the 3% ceiling. Italy posted an admirable deficit of 1.6% last year and was targeting a 2.2% deficit this year before the pandemic struck. It now expects a deficit above 11% of GDP.

Even so, eurozone countries cannot keep up with the ECB’s appetite for bond purchases. The Wall Street Journal last week tabulated that the central bank has spent €676 billion on government bonds so far this year, compared with €367 billion in new issues. The headline blared that the ECB is smothering the government bond markets in Europe.

How else could Italy be yielding about 1% on its 10-year bonds, a return that looks rich only when compared to Germany’s yield of nearly minus 0.5% on a comparable maturity? 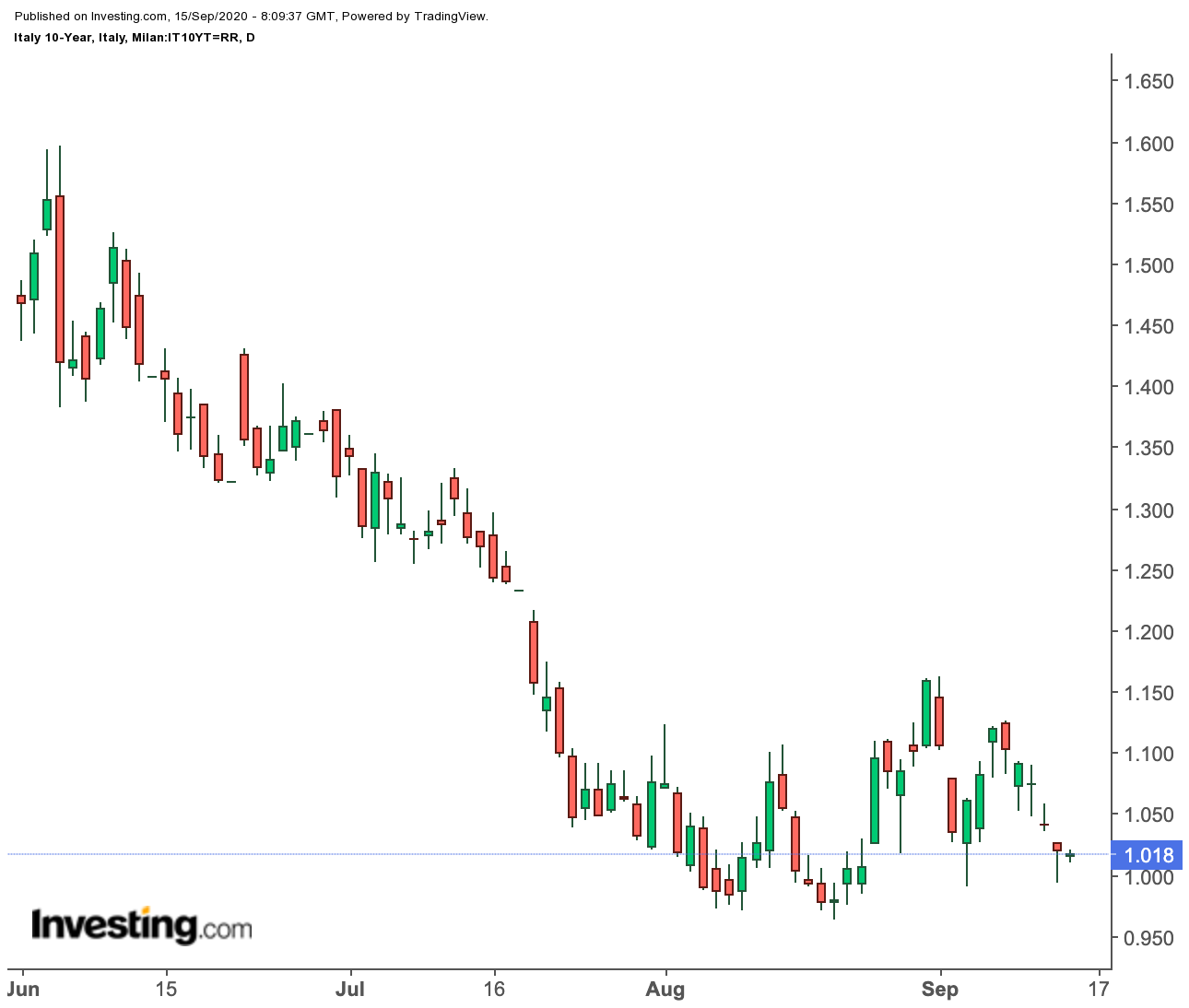 Investors aren’t quibbling. They’ll take the 1% if that’s the best on offer. Juxtaposing ECB purchases with new issuance does not mean the ECB is buying those new issues. The prohibition on monetary financing of public debt means the ECB must make its purchases in the secondary market.

It’s no coincidence that the benchmark European bond, Germany’s bunds, has a negative yield just as the ECB’s benchmark interest rate is also in negative territory at minus 0.5%. 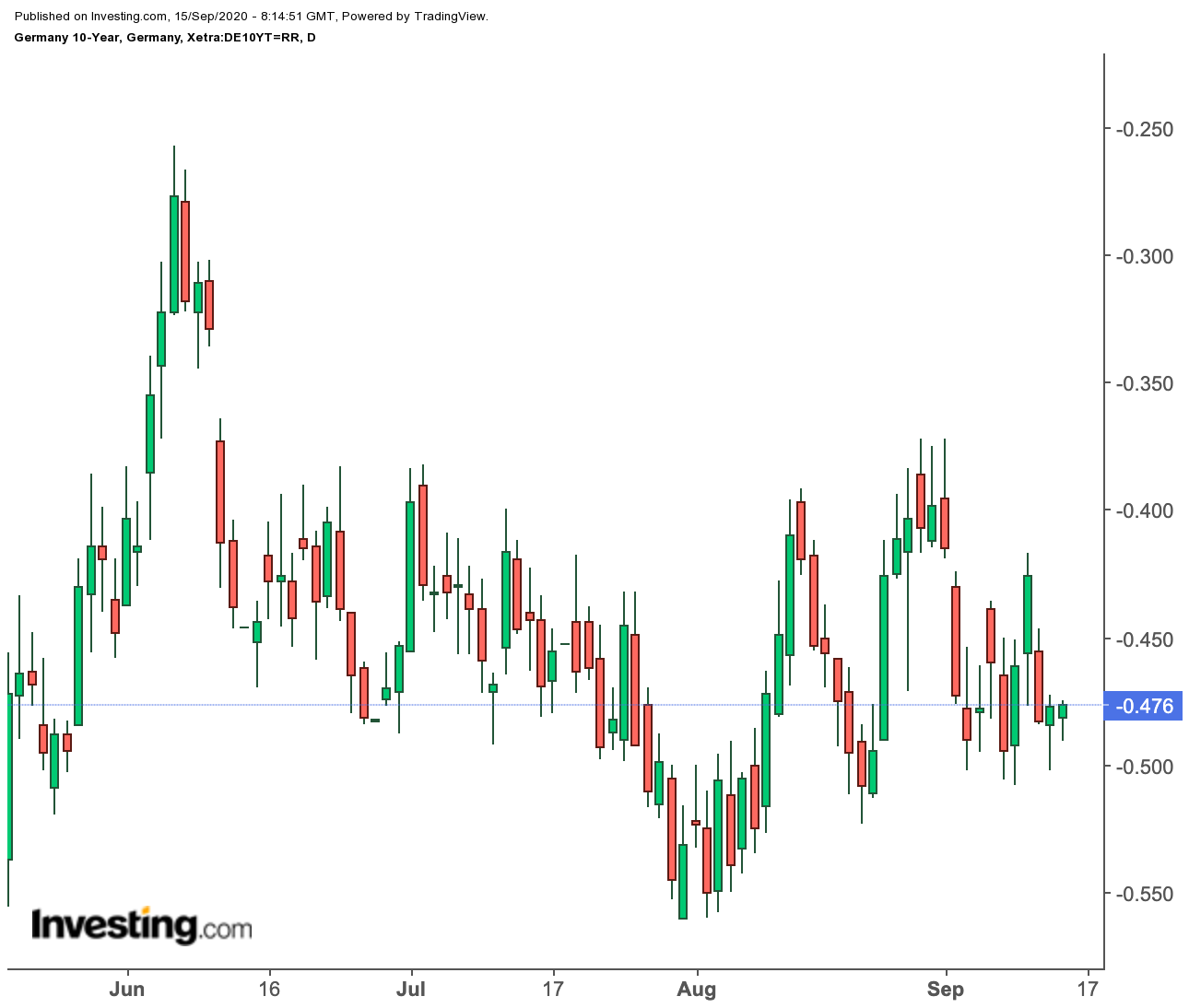 The Fed looks askance at all this negativity. It keeps its overnight rate at near zero, but so far has resisted dipping into negative numbers. Treasury yields have also stayed in positive territory, although they are minuscule by historic standards.

The Fed has purchased some $2 trillion in Treasury securities so far this year, while government issuance was an unusually high $3 trillion in the second quarter alone. The US central bank has increased its balance sheet by $3 trillion since the onset of the pandemic, but a good portion of that is in asset-backed securities and corporate bonds–markets that are also much more liquid in the US than in Europe.

The pandemic caught Europe in an awkward transition as it moves ever so slowly to complement monetary union with a banking union and a capital markets union. Progress has been so slow, in fact, that one wonders if those goals will ever be reached or even if the member countries want that.

In the meantime, the eurozone is simply less well-equipped to deal with the challenges posed by the pandemic. The eurozone has an annual GDP of about $13 trillion, compared to $21 trillion for the US, so it needs less monetary stimulus than the US but still a significant amount.

And perhaps more than it can manage. “Smother” is not too strong a word to describe how central bank asset purchases affect the government bond market in Europe. It is a smart play in this environment to buy Italian bonds instead of German bonds, but for how much longer?