Institutional investors scouring the globe for yield have found a new darling. Australian government bonds (AGBs) provide a few basis points in additional yield along with the security of a triple-A rated developed market.

Japanese institutions have dropped their traditional resistance to the relatively small market in the hunt for yield, even as Australian government borrowing has increased to combat the COVID-19 pandemic, creating more liquidity in the market.

Japanese funds bought US$6.6 billion in Aussie bonds in May, the highest monthly total going back to 2005. Last week, Australia sold A$17 billion, equivalent to nearly US$12 billion, with more than A$50 billion in bids.

Japanese investors are not the only foreign buyers of AGBs, however. Some 45% of the sale earlier this month went to foreign investors, mostly in Britain and Asia, excluding Japan.

The Australian Office of Financial Management has scheduled an offer of bonds maturing in 2051 for next week, and analysts expect the government to sell somewhere between A$4 billion and A$8 billion, with investors in North America and Britain likely to show an interest. 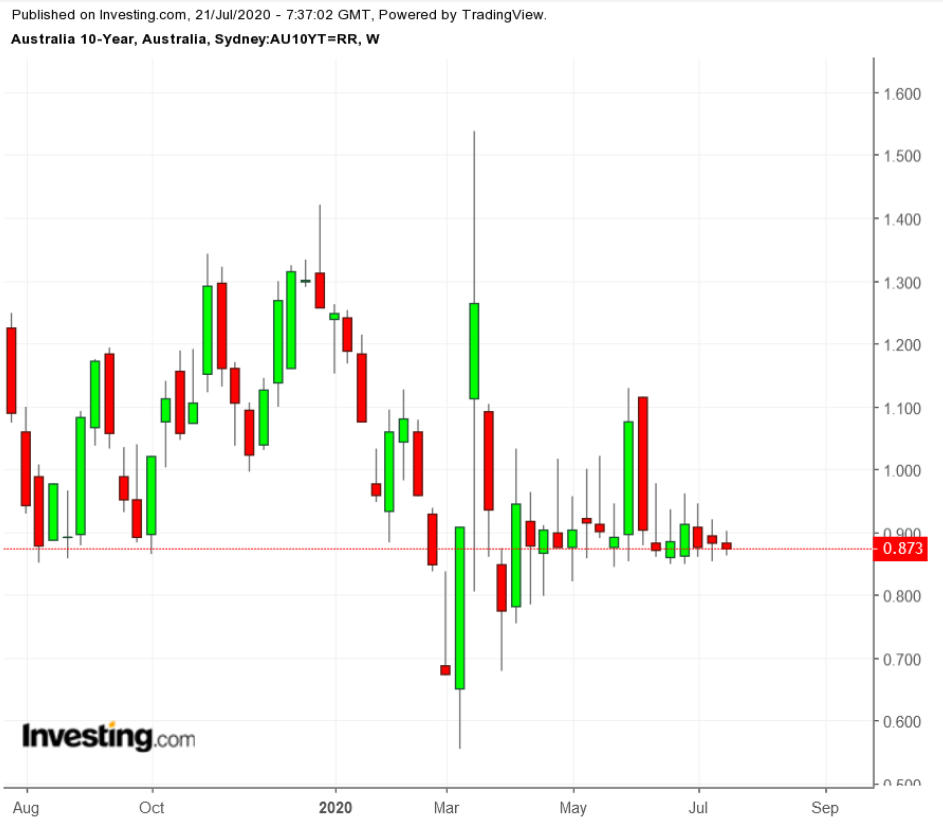 The Aussie 10-year yield has been hovering around 0.90%, compared to that on the US benchmark Treasury, which has been fluctuating between 0.60 and 0.65%. The relative advantage becomes even more appealing with the 0.5% in currency hedging costs generally practiced by Japanese institutions, giving AGBs a net yield of 40+ bps compared to 10 or 15 bps for Treasuries.

Aside from political and economic stability, Australia offers relative success in containing COVID-19, despite closing the borders to the state of Victoria earlier this month in the wake of outbreaks and renewed lockdowns in Melbourne.

Beyond just yield, Aussie bonds offer what is one of the steepest yield curves in a developed country, as the Reserve Bank of Australia maintains its yield-curve control on the three-year bond, intervening as necessary to maintain the yield at 0.25%. 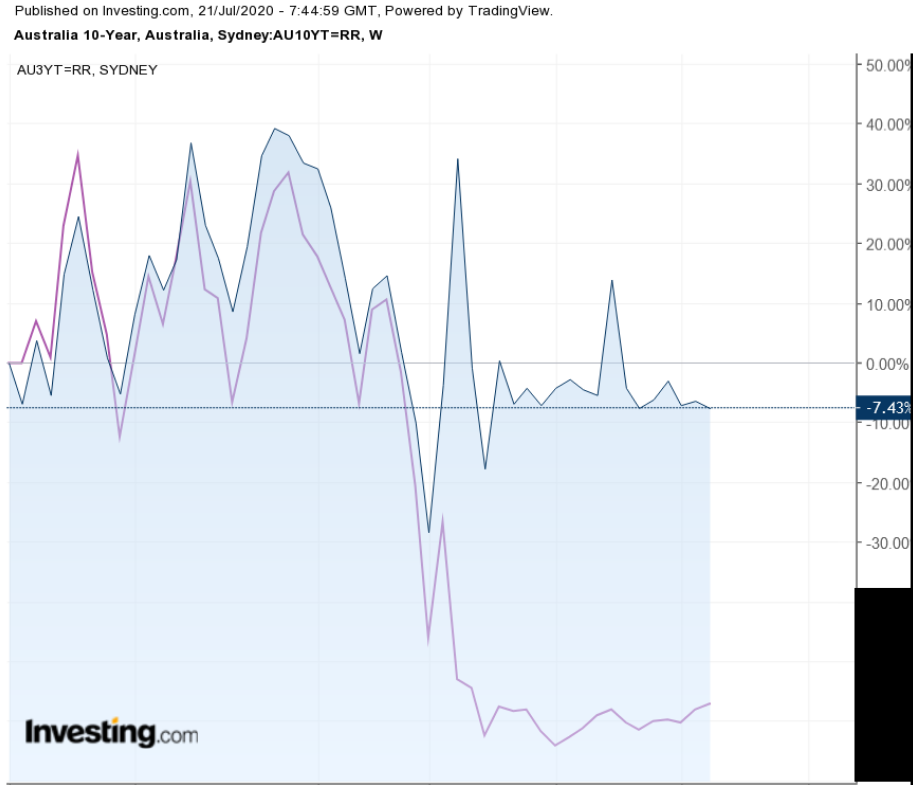 This focus on the short end creates at least a 60-bp spread with the 10-year bond. This compares to about a 50-bp spread in US bonds and a notch under 20 bps in the Japanese spread.

While traders often like a steepening yield curve because the longer-maturity yields tend to rise, the play with Aussie bonds is the so-called carry-and-roll. A carry trade in general means borrowing at a low interest to buy the higher-yielding, long-term paper, thereby profiting from the yield spread. In the case of Aussies, there is also a roll benefit in capital appreciation as the paper slides down the yield curve.

The interest of foreign investors in the AGBs helps keep a lid on the longer-term yields. On the other hand, the restrained activity of the Reserve Bank, which has halted purchases for the past two months, dampens prices and boosts yields.

Most other central banks continue their bond buys unabated. Asset purchases by the US Federal Reserve have contributed to the recent decline in yield on 10-year Treasuries.

The RBA is expected to return to the market as traders test the 0.25% yield cap on three-year bonds, driving it up beyond 0.28%.