(Reuters) - Former Reuters Managing Editor Paul Ingrassia has passed away after battling cancer. He was a Pulitzer Prize-winning journalist and author of many articles and books on the auto industry.

Here is a tribute from Reuters Editor-in-Chief Stephen J. Adler:

Paul Ingrassia was the strongest person I’ve ever known.

Intensely joyful and bristling with enthusiasm for journalism, cars, fly-fishing, golf, people in general, and his adored family in particular, he was also cruelly afflicted. He survived lung cancer surgery 22 years ago, only to lose his beloved son Charlie to cancer earlier this year. He suffered through other cancer diagnoses in recent years, gamely tackling each treatment and, between relentless medical interventions, managing to sneak in a fishing trip, a golf game, or an appearance on CNBC. In accepting the Gerald R. Loeb Lifetime Achievement Award in 2016, he acknowledged his bouts with cancer by deadpanning: “I often think that my biggest lifetime achievement is simply having a lifetime.” But Paul did so very much more than survive. He was a force of nature and a rare inspiration, sharing with everyone around him his exquisite generosity, his lifelong devotion to unbiased and illuminating journalism, and his fierce love of life.

At Reuters, where he was Managing Editor from 2011 until 2016, he combined a deep understanding of financial markets and clarity of news judgement with a keen eye for emerging talent. As recently as this month, in the midst of an especially toxic round of chemo, he wrote to compliment one of his “discoveries” for an extraordinary piece of reporting from Latin America. He also had a penchant for remembering everyone’s name and face in an organisation of thousands of journalists, and he managed to greet each person he encountered with a specific, thoughtful comment or question. It seemed like a magic act, and it awed all of us, but what it really reflected was how much he simply cared about people. Far from an act, it was his essence.

Paul’s serious business-journalism chops were tempered by an eye for the personal and quirky. A classic example was the time he crafted a feature about dinner with Vladimir Putin shortly after Russia had annexed Crimea. The main course, it turns out, was Crimean flounder. Everyone at the dinner talked about it. Only Paul had the wit to write about it. When I met him in 1988 at a Wall Street Journal bureau chief meeting, he seemed earnest and strait-laced. But he turned out to be nerdily funny, with a super-dry and sometimes corny sense of humour that found its outlet in droll one-liners and some wonderful and ridiculous doggerel. This was how he said farewell to the Reuters London team at the end of 2015:

On England's shore I did arrive

So many desks, so many chairs

All filled with Nigels and Alistairs.

My culture shock was plain to see

No pickup truck, no SUV!

How could I find a way to bond

With colleagues from across the pond?

And even hanging out in bars.

Till through the haze of British booze,

We found our bond, our love of news.

Paul spent three decades at Dow Jones, in senior leadership roles both at the newspaper and the newswire, before coming to Reuters. He was the best possible partner and managing editor here, eagerly moving to London in 2013 when it became clear we needed his senior presence there and travelling everywhere in the world to connect with and mentor our far-flung journalists. And bear in mind he did all this with just one lung in some of the most polluted cities in the world. 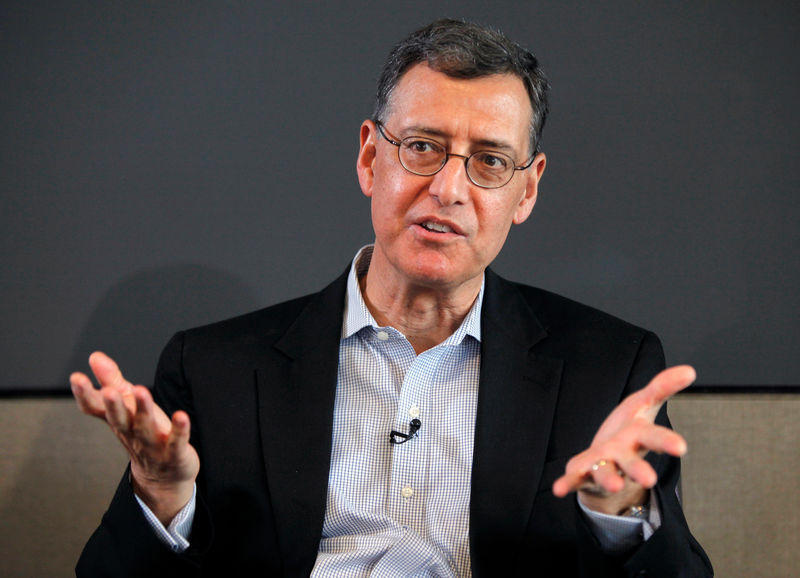 Lately, in addition to his public appearances, he had been serving as editor and writer at the Revs Institute, an automotive history and research centre in Naples, Florida, where he and his wife Susie happily made their home in recent years. He also served on the Dow Jones Special Committee, created to monitor editorial integrity after News Corp acquired the company. In that role, he characteristically dove into WSJ newsrooms around the world so he personally could take the pulse of the staff on ethics issues.

Throughout his career, Paul wrote brilliantly and passionately about cars — in newspapers, magazines, and books. It was at The Wall Street Journal in 1993 that he won his Pulitzer Prize, along with colleague Joe White, for coverage of a boardroom revolt at General Motors (NYSE:GM). Among his astute, highly readable books were Engines of Change: A History of the American Dream in Fifteen Cars, and Crash Course: The American Automobile Industry’s Road from Glory to Disaster. The latter spawned a documentary, Live Another Day, a title that might easily have served for a memoir as well.

I’ll remember so many lovely moments when I remember Paul, but I’ll especially cherish the times we spent, and the joy we shared, in just covering the news. Paul Ingrassia was a devoted, charming, and utterly decent man who refused to let illness deflect him from his passions or deny us the immeasurable gift of his brilliance, humanity, and love.