By Trevor Hunnicutt and Joseph Ax

NEW YORK (Reuters) - Democrat Joe Biden's presidential campaign will blanket television and social media with $280 million (213.6 million pounds) in advertising by Election Day, the campaign announced on Wednesday, more than his rival's campaign has spent in total since 2017.

The hefty advertising across 15 states marks a sharp increase for the former vice president, who once struggled to find money during his party's primary and only aired his first general election ad blitz in June.

Trump has reserved nearly $150 million in television ads across 11 states so far for the fall, according to media research companies. To date, Trump has significantly out-spent Biden on Facebook (NASDAQ:FB), Google (NASDAQ:GOOGL) and on television.

The new Biden ad reservations, which include $60 million allocated to digital ads, would exhaust all of the $242 million his campaign reported having available to spend last month and all but guarantee that the Trump-Biden showdown will be the most expensive U.S. election in history.

National polls showing Biden ahead of Trump have given the campaign new confidence, as did the $282.1 million in cash they and their Democratic allies collected from donors from April to June, the first time they out-raised Trump over a full quarter.

The states where Biden will advertise include key swing states such as Pennsylvania, Michigan and Wisconsin, as well as Republican-leaning states that the campaign hopes to put in play this fall, such as Arizona and Georgia.

The list reflects the campaign's intent to go "on offense," campaign manager Jen O'Malley Dillon told reporters. The ads will show Biden as an empathetic leader, in contrast to his opponent, she added.

"This election is a clear referendum on Donald Trump and his failed leadership on COVID and also on the economy," she told reporters.

Trump ran an insurgent campaign largely relying on free media coverage in 2016. But his re-election campaign, which started in 2017, has spent $237 million so far, running attack ads against Biden even before he clinched his party's nomination. The Republican Party and other Trump affiliates have spent hundreds of millions more.

Current ads from the Trump campaign characterize Biden as under the control of radical left-wing activists. 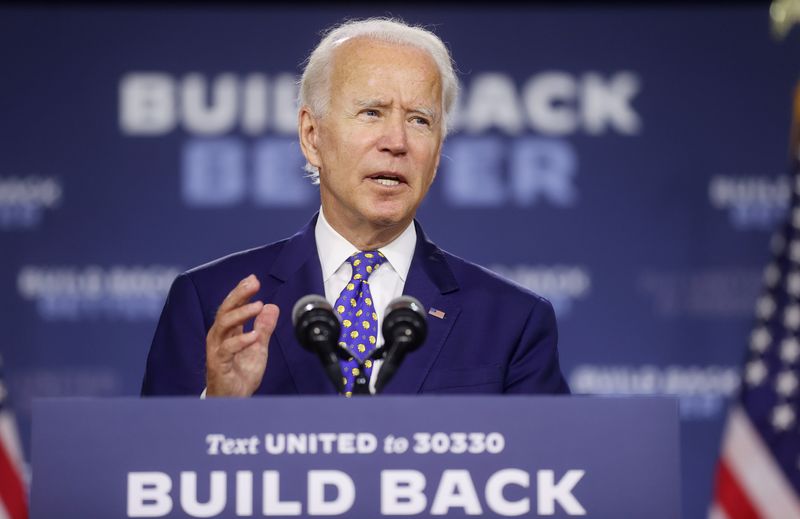 Both campaigns will compete for the attention of voters stuck at home because of the coronavirus as the election enters its final three-month stretch. Biden and a soon-to-be-announced running mate will accept his party's nomination at a largely virtual convention in two weeks. The Republican convention will follow the week after.