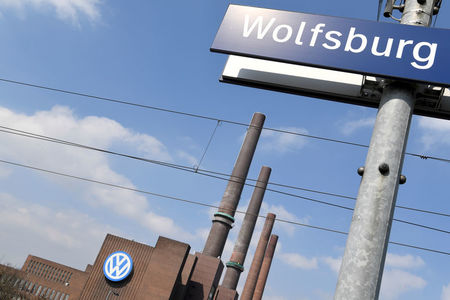 BERLIN/LONDON/FRANKFURT (Reuters) - Volkswagen (DE:VOWG_p) reported on Friday that its 2020 profit almost halved due to the impact of the pandemic, but a rebound in premium car sales in China and stronger deliveries in the fourth quarter helped keep the world's largest carmaker in the black.

Analysts had expected a full-year 2020 operating profit of 4.8 billion euros, according to Refinitiv Eikon data.

Net cash flow at its automotive division was around 6 billion euros and car deliveries picked up towards the end of the year, the German group said in a statement.

"The deliveries to customers of the Volkswagen Group continued to recover strongly in the fourth quarter and even exceeded the deliveries of the third quarter 2020," it said.

The full-year performance caps a turbulent 2020 for Volkswagen and the auto industry. A pandemic-fuelled sales slump lead to a loss in the second quarter before Volkswagen swung back to profitability in the third quarter on the back of soaring demand for luxury vehicles in China, the world's largest car market.

Volkswagen's shares hit their highest level in 11 months after Friday's earnings release. They were up 2.7% at 166.4 euros in early afternoon trading.

Top shareholder Porsche Automobil Holding SE, which holds 31.4% of Volkswagen and 53.1% of the group's voting rights, said it would likely post a significantly positive profit after taxes for 2020 as a result.

"The magnitude of the beat is welcome and supportive of upcoming full-year results across the industry," analysts at Jefferies wrote.

Sales at Volkswagen rose 1.7% in December, at a time when new car registrations in Europe dropped nearly 4%, data from the European Automobile Manufacturers' Association showed.

Volkswagen and its rivals still face challenges due to the coronavirus pandemic, including a global shortage of chips needed for production and ongoing shutdowns in various markets to combat the outbreak, meaning 2021 will be another tough year.

The carmaker also faces tough competition in developing electrified and self-driving cars. The merger of Fiat Chrysler and Peugeot-owner PSA to create the world's fourth-biggest automaker Stellantis adds to the pressure.

Volkswagen said on Thursday it missed EU targets on carbon dioxide (CO2) emissions from its passenger car fleet last year and faces a fine of more than 100 million euros.

The group is expected to release detailed 2020 figures on March 16. 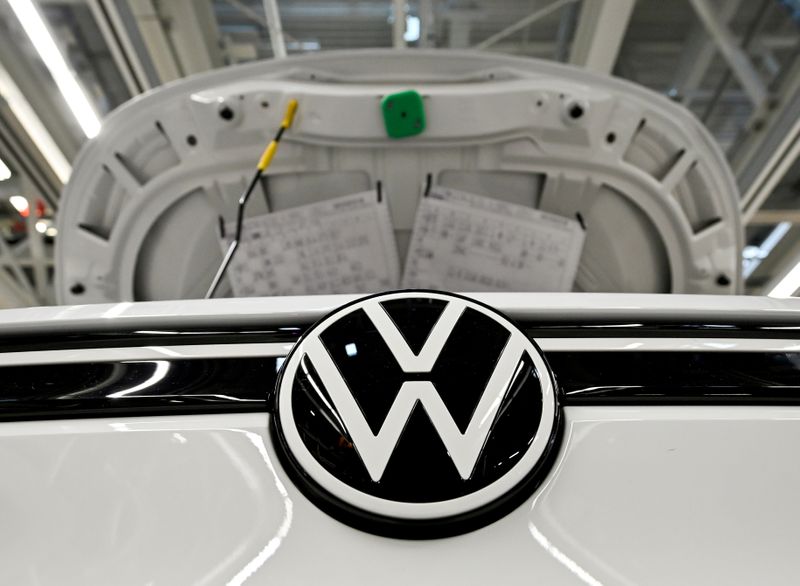