MILAN (Reuters) - The head of Vodafone Group (L:VOD) said Italy's plan to create a single fast broadband network in which Telecom Italia (MI:TLIT) would hold a majority stake could be a step backwards since it effectively amounted to renationalisation and re-monopolisation.

In an article in Politico on Wednesday, Nick Read said Rome was looking to recreate the fixed-line monopoly that previous Italian governments and EU institutions had dismantled.

"This would leave would-be fixed broadband providers with only one seller of wholesale access to the combined network - yet again Telecom Italia (TIM)," he said.

Such an operator could be majority-owned by TIM but its independence and third-party status would be guaranteed by a shared governance mechanism with CDP, which would emerge as a major shareholder in the venture, open to other players.

Vodafone offers mobile and fixed-line services in Italy, and is one of Open Fiber's biggest commercial clients.

The Italian government sees the single broadband network as a strategic priority to help Italy close a yawning technological gap with other countries and boost its stagnant economy by increasing digitalisation.

Read said it had only been with the creation of Open Fiber a few years ago that Italy had started to modernise its fixed networks, providing more comparable high-speed services to those of other EU member countries.

"Reverting to a failed monopoly model cannot possibly be good for either competition or investment. It also contravenes four decades of anti-monopolistic policy and EU law," he said. 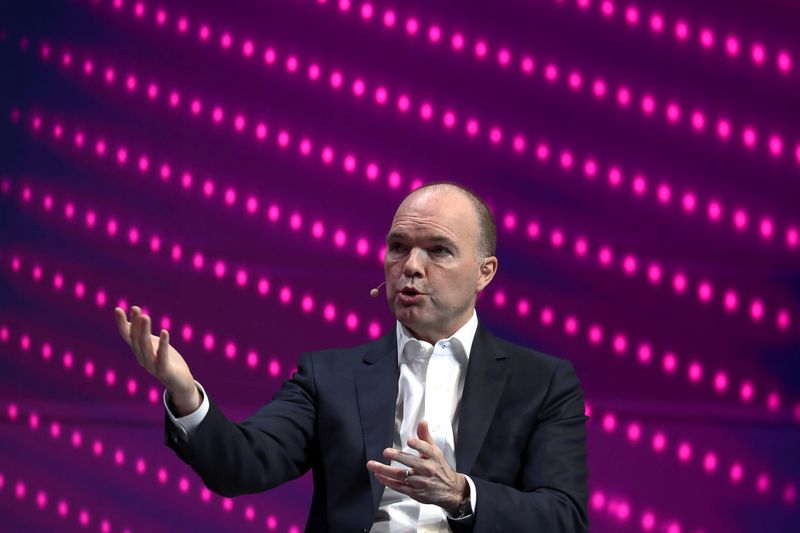