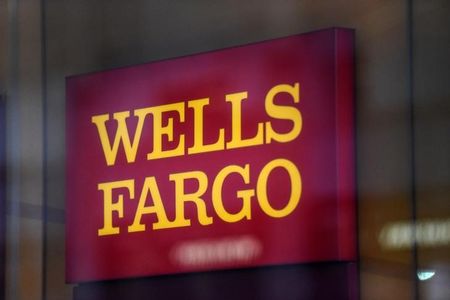 By Pete Schroeder and Chris Prentice

WASHINGTON (Reuters) - Long accused of being too soft, a U.S. bank regulator has surprised its critics with tough treatment of scandal-ridden lender Wells Fargo (N:WFC), culminating on Thursday in more than $58 million (44 million pounds) in fines against eight former executives at the bank.

Consumer groups had worried that the Trump administration's pick to lead the Office of the Comptroller of the Currency (OCC), Joseph Otting, would do little to change its reputation for leniency. A former chief executive of California's OneWest Bank, Otting as comptroller has referred to lenders as his "customers" and pursued rule changes pushed for by bank lobbyists.

But when it comes to Wells Fargo's sales practices, Otting has consistently been a harsh critic, driving penalties against the bank which have broken new ground. One person with knowledge of the matter said Wells Fargo's failure to swiftly fix systemic misconduct has angered Otting, precisely because he spent decades as a banker and felt he was held to high standards.

"You would get far more significant penalties from someone who has been in the business and is disappointed in what Wells Fargo has done," said Thomas Vartanian, a law professor at George Mason University and former OCC official.

On Thursday, the OCC banned former Wells Fargo CEO John Stumpf from the banking industry and fined him $17.5 million (13 million pounds) to settle charges he failed to put a stop to sales misconduct - the most it has ever secured from an individual. Among other former executives charged was retail banking head Carrie Tolstedt, who has not yet settled and is potentially facing a whopping $25 million penalty.

After watchdogs including the OCC failed to charge senior Wall Street executives for their role in the 2007-2009 financial crisis, lawmakers have pressed them to hold more individuals responsible for corporate wrongdoing. Proving personal culpability, though, is legally tough, which makes Thursday's charges all the more striking.

“The OCC actions are eye-popping in terms of the number and seniority of the individuals charged," said Erik Gerding, a law professor at the University of Colorado, adding there had not been such a high profile executive crackdown in recent memory.

Arthur Wilmarth, a law professor at George Washington University, said he was "surprised" the OCC had pursued such drastic charges. "It's fair to say they've always been viewed as probably the most bank-friendly regulator," he added.

On Thursday, Otting said in a statement that the charges "reinforce the agency's expectations that management and employees ... provide fair access to financial services, treat customers fairly and comply with applicable laws."

In addition to Thursday's charges, the OCC fined Wells Fargo $500 million in 2018 for product mis-selling, only the second time it has dished out a penalty of that size.

That settlement requires the bank to make extensive fixes and to repay harmed customers, an effort the OCC has been monitoring closely. It also imposed novel restrictions on the bank by giving the OCC the right to remove current executives and to vet new ones.

Otting's frustration with Wells Fargo's slow progress on its remediation effort was laid bare in March last year. Then-CEO Tim Sloan had just finished telling Congress the bank was back on track, when the OCC responded with a rare public rebuke saying it continued to be "disappointed" in the bank.

The comptroller's public loss of confidence in Sloan contributed to his abrupt departure later that month, Reuters reported at the time.

Wells Fargo has said repeatedly it was making every effort to fix its problems. On Thursday, the bank's new CEO Charlie Scharf said in a statement Wells Fargo had made "fundamental changes to its business model, compensation programs, leadership, and governance."

By being strict with Wells Fargo, the OCC may also be trying to shed its image as a soft touch, said Wilmarth.

"You hammer this one bank and its executives ... and when people accuse you of being bank-friendly, you say, 'Look how tough we were on Wells Fargo!'" he added.

The OCC was lambasted for missing signs of the brewing financial crisis and was again criticized for failing to catch Wells Fargo's problems in the first place. An internal OCC review found its examiners failed to follow-up on red flags, including hundreds of whistleblower complaints.

While Otting is personally aggrieved by the bank's lapses, he has also been under pressure from lawmakers to take a tough line. The pressure has come particularly from progressive U.S. senator and Democratic presidential candidate Elizabeth Warren, who has voiced sometimes stinging scepticism of the agency. 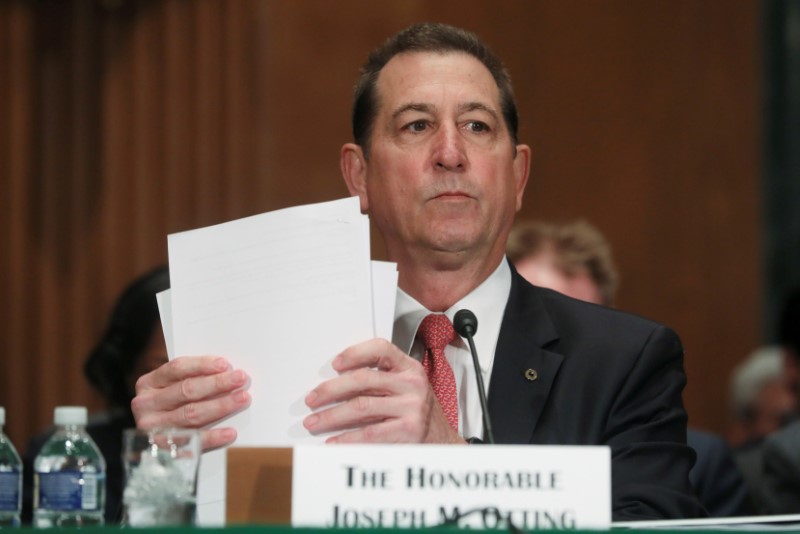 "No one has been tougher on Wells Fargo than myself," Otting told Warren when defending his record before Congress in May. "At the OCC?" Warren replied. "That's a low bar."