By Valentina Za and Gianluca Semeraro

MILAN (Reuters) - Italian bank UniCredit (MI:CRDI) on Tuesday named economist Pier Carlo Padoan as director and said it would appoint the former Treasury chief as chairman when it renews the board next spring.

The choice of Padoan, 70, a parliamentarian for the ruling centre-left PD party, comes as consolidation sweeps through Europe's battered banking sector, piling pressure on CEO Jean Pierre Mustier to drop his "no M&A" mantra.

Sources have said UniCredit is seen as the best candidate to take over Monte dei Paschi but the Treasury is unwilling to meet conditions posed by UniCredit to consider a potential acquisition.

After politics sank early attempts to strike cross-border deals with Societe Generale (PA:SOGN) and Commerzbank (DE:CBKG), Mustier has vowed to stay out of the current merger wave.

He has been working instead on a plan to split UniCredit's domestic assets from its foreign ones to cut funding costs for Italy's only bank designated by regulators as globally systemically relevant.

A source familiar with the matter told Reuters on Tuesday Mustier was looking to speed up such plans and seek approval from the current board before its mandate expires next spring.

Il Sole 24 Ore daily reported directors were divided on the issue and would prefer to wait until a new board is in place.

UniCredit said Padoan would play an active role in selecting candidates the board will put forward for its own renewal.

Sources with knowledge of the matter have told Reuters the proposed asset split could ease tie-ups, potentially paving the way for UniCredit to pursue an international merger for its foreign business as well as a domestic combination in Italy.

"UniCredit is a true pan-European winner with solid Italian roots. I very much look forward to working with the board and the management team to capitalise on these strengths," Padoan said in a statement.

Padoan's resume includes stints at the International Monetary Fund and the Organization for Economic Co-operation and Development. He will replace academic Cesare Bisoni, whom UniCredit had named interim chairman following the sudden death of Fabrizio Saccomanni last year.

The chairman is an honorary figure with no executive powers but two people familiar with the matter said Padoan may carry more weight than his predecessors.

Mustier has dispelled long-standing concerns about UniCredit's weak capital base by raising 13 billion euros in cash from investors and more than that through asset sales.

But the bank's share price stands below levels of mid-2016 when Mustier arrived, at around 0.3 times the book value.

The dividend ban driven by COVID-19 has stalled Mustier's plan to boost investor returns through dividends and buybacks.

"In case regulators' approach to capital return remains conservative and considering that the competitive landscape has changed in Italy, we believe UniCredit might consider M&A if it represents revenue/profitability or capital opportunities," Citi analyst Azzurra Guelfi said in a note.

By taking over smaller peer UBI earlier this year, rival heavyweight Intesa SanPaolo (MI:ISP) has leapfrogged UniCredit as Italy's biggest bank and cemented its dominance in the country's wealthy north. 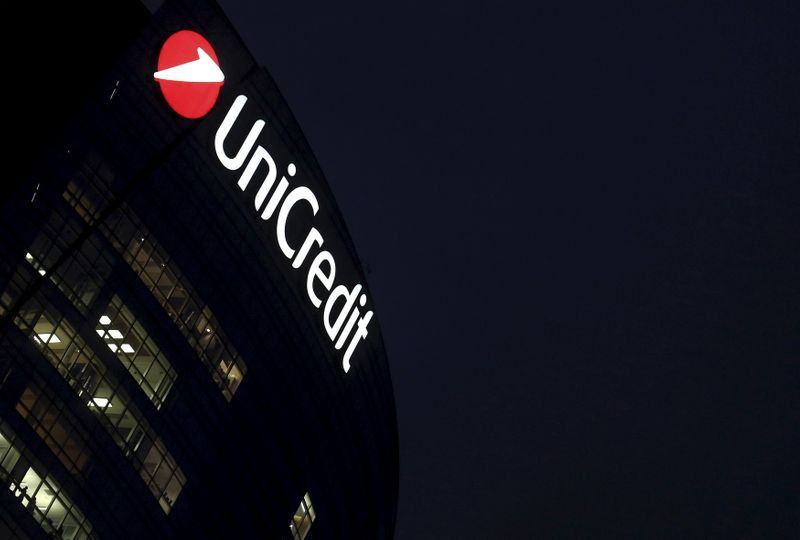 Il Sole 24 Ore said UniCredit may list 49-50% of the sub-holding company created to house its foreign assets on the Frankfurt stock exchange, raising capital to pursue a domestic merger while still seeking an international deal with the remaining 50% stake.