UK's Aldermore in talks over $1.3 billion takeover by FirstRand

UK's Aldermore in talks over $1.3 billion takeover by FirstRand 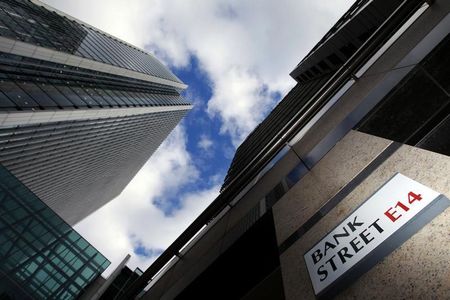 (Reuters) - Aldermore Group (L:ALD) is in talks over a possible 1 billion pound takeover by South African lender FirstRand (J:FSRJ), the latest of Britain's co-called "challenger" banks to consider selling up in a tough market.

Aldermore, founded in 2009 by a former Barclays (LON:BARC) executive with backing from private equity firm AnaCap, said on Friday it had received an "indicative proposal" from South Africa's biggest lender by value of 313 pence per share in cash.

"(The) Board of Aldermore has indicated to FirstRand that it is likely to recommend a firm offer at this (313 pence) level," it said in a statement.

Britain's challenger banks emerged after the financial crisis to fill a gap in small business lending and capitalise on problems at big banks such as Royal Bank of Scotland (LON:RBS) and Lloyds (LON:LLOY).

However, they have been seen as ripe for takeovers recently as a prolonged period of low interest rates and sluggish UK economic growth have squeezed earnings, while the pound's fall has made them cheaper for foreign buyers.

FirstRand said Aldermore would help build a deposit base to fund and diversify its UK business.

FirstRand has been looking to return to developed markets in recent months following a strategy revamp prompted by slowing growth and rising risks elsewhere in Africa, which was once at the heart of its expansion plans.

African markets have been depressed by a slump in oil and other commodity prices - export mainstays of many economies - leading companies from insurer MMI Holdings (J:MMIJ) to food maker Tiger Brands (J:TBSJ) to scale back operations.

Aldermore has been one of the better performing UK challenger banks, reporting a 32 percent rise in profit for the first half of the year, helped by strong demand from small- and medium-sized businesses, homeowners and landlords.

Rival Shawbrook was bought by private equity groups earlier this year, while the likes of CYBG Plc (L:CYBGC) and its Clydesdale business have come under pressure.Shares in challenger banks Virgin Money (L:VM) and OneSavings (L:OSBO) jumped over 5 percent after the news of Aldermore's proposed deal.