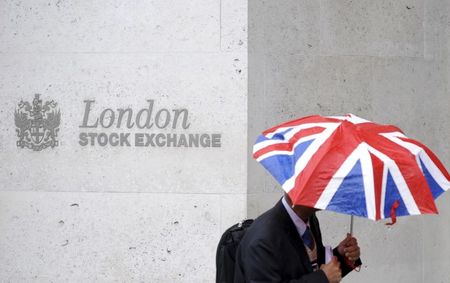 RBS: Royal Bank of Scotland RBS.L said it would give business customers another six months to take advantage of incentives to switch their accounts to other banks.

ENTERTAINMENT: Cinemas, museums and galleries in England can reopen from July 4, Prime Minister Boris Johnson will say on Tuesday.

CAR INDUSTRY: Britain's car industry called on the government to introduce additional measures such as a sales tax cut to boost the sector.

HIKMA: Boehringer Ingelheim, a major shareholder in Hikma Pharmaceuticals (HIK.L), is exiting the London-listed drugmaker by selling most of its nearly one billion pound stake to institutional investors.

GOLD: Gold eased on Tuesday on expectations of positive manufacturing data from the euro zone.

METAL: Copper prices fell on Tuesday due to concerns over the global economic outlook.

The UK blue-chip index (.FTSE) closed down 0.8% on Monday, as a surge in global coronavirus cases sparked fears of more lockdowns and economic damage.

* For more on the factors affecting European stocks, please click on: LIVE/