(Reuters) - The UK blue-chip index ended its worst year since the 2008 financial crisis in the red, as a strong pound pulled down exporter shares, offsetting U.S. President Donald Trump's positive comments on the U.S.-China trade dispute.

The indexes suffered their worst year since the 2008 financial crisis, falling 12.5 percent and 15.6 percent, respectively. The U.S.-China trade war, Brexit uncertainties and a U.S. government shutdown all weighed on stocks.

Trump tweeted that he had a "long and very good call" with Chinese President Xi Jinping and a possible trade deal between was progressing.

AIM-listed oil and gas company Cabot Energy (L:CABC) plummeted 59 percent to hit a record low after warning that it might not be able to operate as a going concern if it does not raise money from shareholders in January.

A roller-coaster year saw the FTSE 100 reach new highs early on but form the "death cross" pattern twice, when its 50-day moving average fell below its 200-DMA, which some market watchers see as a bearish near-term signal.

The spotlight is likely to fall on the mid-cap index, which flirted with bear market territory last week, as a mid-January parliamentary vote on Prime Minister Theresa May's controversial Brexit deal draws near.

Outperforming the blue chips, online grocer Ocado (L:OCDO) rose 2.9 percent, making it a clear winner not just for the day but also for the year.

The stock nearly doubled in value in 2018, partly boosted by major overseas technology partnerships, including U.S. group Kroger (NYSE:KR), in what its chief executive officer referred to as a "transformative year".

Drugmaker Hikma Pharmaceuticals (L:HIK) followed with a 51.3 percent gain as it took advantage of short supplies for injectable opioid painkillers in the United States.

GlaxoSmithKline (L:GSK) and AstraZeneca (L:AZN) were also among the big gainers, rising 12.8 percent and 14.7 percent respectively.

Among losers, tobacco firm BAT dropped 50.2 percent in a year that was marred by proposals for a major crackdown on menthol cigarette sales in the U.S.

Oil stocks also dropped as crude prices plunged amid concern over a supply glut, dragging BP (L:BP) and Shell (L:RDSa) in to the red.

Superdry (L:SDRY) was the worst mid-cap loser with a 75.7 percent drop this year, hit by warm weather prompting profit warnings.

But market volatility was a boon to mid-cap online trading platform Plus500 (L:PLUSP), which was by far the biggest gainer on the FTSE 250 this year with a 63 percent leap.

"The advantage we have starting the new year is that if investors are prepared to start afresh, lower entry points and multi-year lows on many things could attract interest", said Michael van Dulken, an analyst at Accendo Markets.

"That said, many of the headwinds like the trade war, and tighter monetary policy, China slowing, etc., remain very much in play." 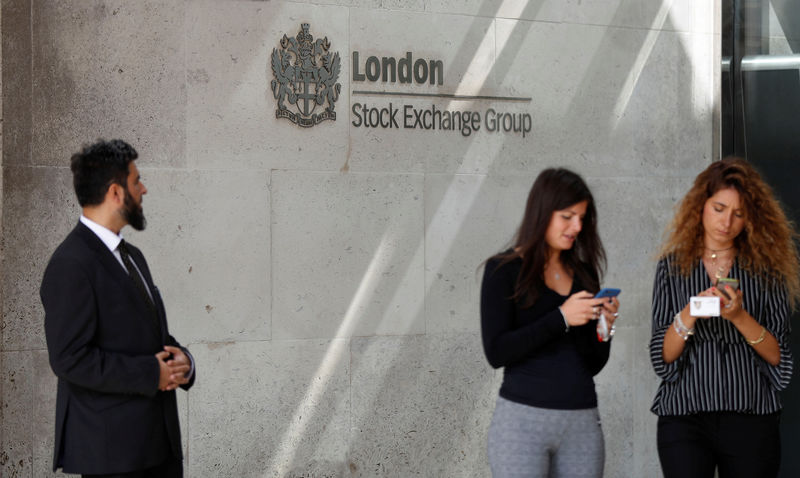